THE BOMB THAT FOLLOWED ME HOME To Be Released October 15, 2008

Rumpleville Books is pleased to release the third book in Cevin Soling’s series of “fairly twisted fairy tales.”  THE BOMB THAT FOLLOWED ME HOME is the story of a boy, who is trailed by a stray bomb, which is spoken and thought of as a dog. The boy begs his mother to keep it, but she knows the way kids are, and doesn’t want to get stuck guarding it all the time.  FOREWORD magazine writes that Cevin Soling and illustrator Steve Kille ”have the power to make readers laugh, and then think. Then scoff at the futility of thinking.”

The Rumpleville series are contemporary fables that are replete with social commentary.  Conflicts arise from human foibles responding to an indifferent universe.  Matters are always made worse by self-interested parties who possess an aggressive disregard for others, or for common sense, or both.  Absurdity does not come from living in a world without meaning, but rather from people who insist there is meaning and knowingly or unknowingly act in opposition of their convictions.

The fairy tale format highlights the perverse morality of contemporary culture and foiled promises of "happily ever after" endings.  Like ANIMAL FARM, the simplicity of plot also draws attention to the political intentions of the work.

Soling has expanded this book series on his award-winning work in cutting-edge film (“A Hole in the Head,” “The War on the War on Drugs”) and independent music (The Love Kills Theory, The Neanderthal Spongecake). New York-based Spectacle Films, Inc. produces documentaries, animation, features, and experimental short films, all of which are engaged in some form of social critique. Through its publishing arm, it produces the Rumpleville Chronicles series and books of fine art photography.  Soling penned these one-of-a-kind tales of jolly elves, conflicted Communists, pet bombs, stoner dragons, and assorted sacred sagas in need of ironic tweaking.

Mr. Soling is joined in this new endeavor by psychedelic artist/musician Steve Kille, best known for playing bass in, and designing art for, the cult band Dead Meadow (www.deadmeadow.com). When the two met on New York City’s downtown music circuit, Kille said he “immediately resonated with Cevin’s vision of an illustrated series that meshed adult themes with an offbeat storybook style, though I could have been under the spell of THE JOLLY ELF.”

Other released books in the series are:
THE JOLLY ELF, the cautionary tale of a “psycho jolly merry killer elf,” who likes to sing, especially at 4:00 in the morning, and who, incidentally,
collects shrunken heads.

THE DISCIPLES OF TROTSKY “It’s revolution time in the magical merry world of Rumpleville, but can two tragic ring toss victims rally the spirit of the land and overthrow the bourgeoisie townsfolk?”

Due out in the future:
KIERKEGAARD’S DILEMMA
ELDWYN THE LAID-BACK DRAGON
THE LAND OF PLENTY
BORIS THE DOG
DESTINO SONO BUONO
WEMBLY OF THE CAYUGA FOREST
TIFFANY BRITTANY BROOKE


(Daytona, Florida) You can now see Carmine Appice's new theatrical drum show SLAMM 's action-packed promotional video titled "SLAMMCAR" on "YOU TUBE.” The video, which features the SLAMM cast playing the NASCAR garage, has been shown on ESPN2 before, and during NASCAR races for the current racing season.  Appice was selected to compose a high energy, percussive NASCAR theme song, featuring such “instruments” as air wrenches, hand grinders, wrenches and tool boxes.  The rowdy SLAMM cast then played the theme song in the NASCAR garage, which included giving a good beating to the hood of a multi-million dollar race car. “I'm glad they didn't make us pay for it,” joked Appice. The NASCAR/SLAMM video began airing early March, and will be seen by over 3 million viewers every week.

Tags: Carmine Appice, SLAMM,
Posted by Anne Leighton at 12:43 AM

Joe Deninzon’s summer “vacation” includes collaborations with a variety of folks.  He’s the musical director for SPIDER DANCE, which he describes as an Italian Riverdance crossed with Cirque Du Soleil, and celebrates the mythical and therapeutic history of the dance, the Tarantella. Mixed with electronic music, the show features fire dancers, stilt walkers, and aerial dancers and percussionist Alessandra Belloni.   From August 9 through the 23, SPIDER DANCE will tour Spain and Italy. For more information, visit: http://www.alessandrabelloni.com and http://www.theriversidechurchny.org

He’s got other projects happening; check them out at his NEW web site http://www.joedeninzon.com.

Stratospheerius has many tour highlights this summer and an unreleased live bootleg song with vocals called “Climbing,” which he wrote for his wife, Yulia, a member of the New York City Philharmonic.

Here are confirmed tourdates for Stratospheerius (more dates, especially on the West Coast in September, to be confirmed) 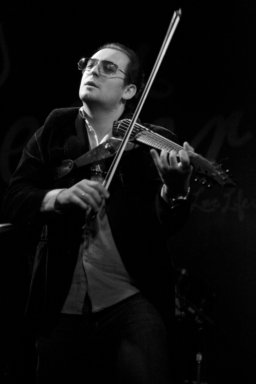 Jay and the Americans are performing very special classic shows this year.  While one of the group’s concerts are always a treat, these gigs are connected to the history of rock and roll:

On November 1, the guys will be performing at a tribute to Gene Pitney to raise funds for the Somers Education Foundation, which raises money for special educational programs.  The benefit takes place at La Renaissance Banquet House in East Windsor, CT.  The contact number is 413-531-6104.  Event producer Evan Plotkin was a childhood friend of the late Gene Pitney.  Gene’s career started in the late ‘50s, and included so many highlights: including introducing psychedelia to American culture with a 1963 hit “Mecca,” singing pop songs with a theatrical flair--“Town Without Pity,” “The Man Who Shot Liberty Valance.”  In the late 1980s, he collaborated with Mark Almond. Like Jay and the Americans, Gene recorded “Cara Mia.”  Visit my youtube playlist to hear and see Gene performing “Mecca,” “It Hurts To Be In Love,” and other hits with a full orchestra.

Jay and the Americans will also perform on a classic rock cruise from January 17 through 24 in the Eastern Caribbean. The tour includes The Guess Who, Paul Revere and Dean Torrance of Jan and Dean fame.  Tickets are available c/o Tammy Selee at Harmon Travel: 208-388-3000.  Visit the site:
http://www.concertsatsea.com/casarticles.htm

The Buckinghams will also be on hand for the Northbrook Days Festival, which runs from July 30 through August 3.  Jay and the Americans will perform on August 2. 847-498-5555, and http://www.northbrookdays.com

**Jann Klose, a dynamic singer-songwriter who makes music that seems to defy categorization.  We’ve had folk, jazz, progressive rockers, and pop fiends claiming his music as their own. We're going to Triple AAA radio, starting in July with four emphasis tracks (although it looks as though stations are choosing a variety of songs from the album!)  The song “Watching You Go” is a lead radio track both in the States and internationally. And it is exclusively online at http://www.ilike.com/artist/Jann+Klose . Jann’s summer dates include a few weeks in the UK, Germany, and a last day of summer September 20 collaboration with Renaissance lead singer Annie Haslam at the Sellersville Theater, in Sellersville, PA.  Visit http://www.jannklose.com.


**Tower of Power has many dates in Europe late June and most of July.  The group will be back in the States July 27 for shows in the West Coast through September. Please visit the band’s web site for them http://www.towerofpower.com.

**The American Band, Grand Funk Railroad will be playing live on the fourth of July at the Motorplex, in Ennis, TX, for the extreme drag racing TV show1320X.  More summer dates at http://www.grandfunkrailroad.com.

**In addition to Jethro Tull celebrating its 40th anniversary this year, drummer Doane Perry is also celebrating a special milestone—his 25th year with the group.  He is available for interviews this season.  For Ian Anderson, I’m mainly focused on tour press and national print media for him.

North American tour dates can be found at http://www.jethrotull.com.

**Breaking news, is that Strawbs will be continuing as a four-piece group.  Keyboardist John Hawken is retiring as of this tour.  John’s career has included the original Renaissance or Illusion (with Keith Relf and Jim McCarty), the Nashville Teens, and Spooky Tooth.  I’m not sure if his site will be updated, but there is some great information on John’s career at http://www.johnhawken.com.   The Strawbs have new songs (“The Broken Hearted Bride” and “Call To Action”) from the band’s September 23 album—to be called, THE BROKEN HEARTED BRIDE on Dave Cousins’ myspace site, http://www.myspace.com/davecousinsuk.