Music Marketing blogger and radio show host David Hooper says, "Today’s music business has more opportunity for musicians and songwriters than ever before. If you’re willing to take control of your career and embrace change, you can be successful and make a lot of money." David is making his book, SIX-FIGURE MUSICIAN--HOW TO SELL MORE MUSIC, GET MORE PEOPLE TO YOUR SHOWS, AND MAKE MORE MONEY IN THE MUSIC BUSINESS" available for free at http://www.musicianbook.com/. http://www.musicianbook.com/.

SIX-FIGURE MUSICIAN is 272 pages of “big picture” ideas and proven marketing strategies that will help you to succeed in the new music business. It is a realistic, hype-free guide that will help you get to unleash your music and make a great living.

This book is currently available FREE at musicianbook.com/.

David Hooper is the founder of the music marketing agency MusicMarketing.com and host of Music Business Radio heard online at musicmarketing.com and on Nashville's Lightning 100. 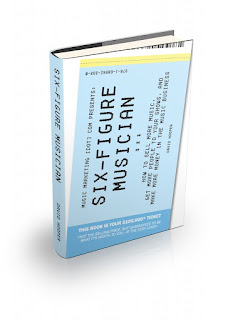 Posted by Anne Leighton at 8:34 PM

Performing Poet Anne Leighton is crowdfunding to publish her up-and-coming poetryprosepoetry book and perform her poems live. Her book THE LEIGHTON EXPLOSION will be published late winter/early spring 2014 with a Canadian publisher. The link is http://www.kickstarter.com/projects/anneleighton/1046158700?token=f9ff5eb5 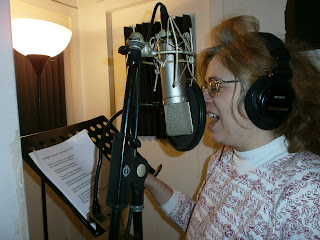 April 2013 through May 2014, Anne will performing at least five or six shows in Washington, DC, New York, Massachusetts, Pennsylvania, and New Jersey with Jim Gibson, who was in Tooth Fairy, who were popular on the radio show of the late BBC presenter John Peel. This spring, she and New York City-based poet Cornelius Eady plan on laying some grooves to their poems live in New York City for a show. She is scattering her tour dates because she also has an active management and publicity career, publicizing Ian Anderson/Jethro Tull, the Strawbs, Emily Hurd, Lonnie Hill, Grand Funk Railroad...

Anne believes the road will be a powerful experience for her, "I used to travel all the time on my own, but developed agoraphobia. As recent as September 2012, I was sobbing and having panic attacks on the streets AND in wide open spaces including sidewalks, even when other people were helping me. I've come a long way."

Anne's poetry has been read in THE AQUARIAN, BROADSIDE, THE MUSIC PAPER, NICKEL, BOG GOB, POWERLINE, SHOUT!, and LIVE WIRE. Her poems are also heard on the GRAMMY-nominated album, HEALTHY FOOD FOR THOUGHT: GOOD ENOUGH TO EAT, and on Jay Tausig's THE TRIP AROUND THE SUN progressive rock series on the Greek Zodiac. She is recording a poetry album, HEAVY PEOPLE that already includes other artists including actor/poet Michael O'Keefe, New York City performance artist Marla Mase, and her other artists Joe Deninzon and Jann Klose, along with Jahmane Bright of Triangle Studios producing.

She's written books: USING YOUR ART & THE MEDIA TO COMFORT PEOPLE and PAWS FOR THOUGHT: HOW TO UNDERSTAND WHAT YOUR CAT IS THINKING, and plays, including REACH FOR THE SUN (Performed by the Poets Repertory Theatre of Long Island), ONE WAY TO HEAVEN (performed by the Living River Church in San Antonio, TX, and read at the HOWL! Festival in New York City), and THE PASSION OF MARY (read at the Kingsbridge Library Center, Bronx, NY).

Anne hopes to raise $3500, and her rewards include writing personalized poems, phone or SKYPE consults, a copy of another upcoming self-published book, GET THE GIGS, which will be available late 2013. The least expensive reward will be two PDF files of one of her plays and one of her screenplays for a $10. donation. The most expensive reward for a $10,000. donation includes autographed CDs, DVDs or photos of her artists, a phone and SKYPE chat, personalized poem and inclusion in her book credits.

For $3500, (plus travel and lodging expenses), Anne will lead a poetry and creativity workshop and present a reading with the students.

An autographed copy of the LEIGHTON EXPLOSION for $25 (or more with other rewards) is also a reward.

Two of America's best new voices in the singer-songwriter world, Jann Klose and Rebecca Loebe will be performing for the first time together for a limited run of shows.

Both singer-songwriters are breaking out nationally, and getting together this tour to share their music with the fans... and each other. The tour includes their smart, good humored and thoughtful artist-audience interactions in: Pittsburgh, PA., Columbus, OH. Shepherdstown, WV, Phoenixville, PA, and Pennington, NJ. 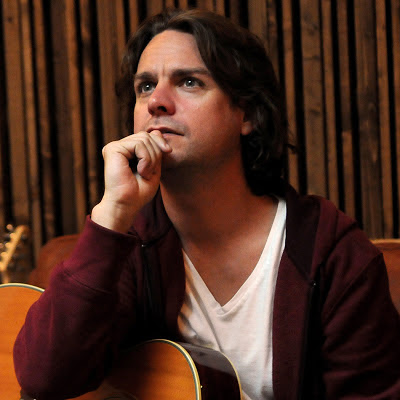 Jann is a featured vocalist and guitarist in the Jeff Buckley biopic GREETINGS FROM TIM BUCKLEY, starring Penn Badgley and Imogen Poots, directed by Dan Algrant. The movie premiered at the 2012 Toronto International Film Festival and was just picked up by Tribeca Film/Focus World. 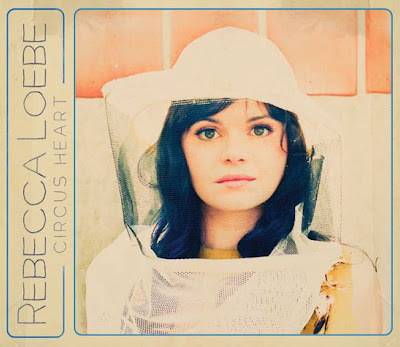 Rebecca Loebe is an award-winning indie-folk singer from Atlanta, GA. now in Austin,TX. She quit her job as a full-time recording studio engineer in 2006, and has performed 150+ shows per year at colleges, coffeehouses and theaters all across America.

Rebecca found national prominence when Adam Levine of Maroon 5 picked her for his team on the hit TV show, "The Voice's" first season; to date, she's received over 20,000 downloads on iTunes for the Nirvana song, "Come As You Are" that she sang on the show.

Rebecca has garnered rave reviews for her high-energy performances, weaving together skillful, emotional songwriting, folk storytelling and whimsical comedy for the ADHD generation. She has a brand new CD called "Circus Heart," which is finding lots of national press and an amazing amount of airplay for an independent artist.