I’m starting work on an album of poetry. Most of the poems are mine and there are covers of favorite writings by Langston Hughes, Emily Dickinson and Walt Whitman, Mars Bonfire.

I’m looking to cover a poem by a writer, as well, if I get something that feels right. Because you work in the media, I bet you might have something lyrical going in your mind. So mail me up to four poems to this address: ANNE LEIGHTON, Media Music Services Motivation, Box 670922, Bronx, NY 10467. Deadline is June 1. Include SASE.
Posted by Anne Leighton at 2:21 PM

I’m starting work with YOSO, a band signed to a new management company, 2 PLUS MUSIC & ENTERTAINMENT led by Leonardo Pavkovic and Derek Shulman.

On May 18, 2010 Gentle Giant will be re-releasing three albums on vinyl: In A Glass House (originally released 1973), Free Hand (1975) and The Power & The Glory (1974) via their own Alucard label through EMI Music's Label Services unit and Caroline Distribution.

Later this year, there will be a new CD, Gentle Giant at King Alfred’s College, Winchester from an early Gentle Giant show; it includes songs never released on any commercial release. There will be a DVD, GG at the GG, which is a 1978 performance of Gentle Giant on the BBC. Box sets and live recordings are also being planned.

All seven of the albums are remastered from the original ¼ inch tapes through Hi-Resolution (24bit 96k) transfer that the band recorded at UK’s Abbey Road Studios in the 1970s. Band member Ray Shulman was in charge of the mixes. Fred Kevorkian moe., Dave Matthews, Willie Nelson, Ryan Adams) handled the albums’ mastering.

This progressive rock band, which was active from 1970 through 1980, was made up of multi-instrumentalists, and lived to expand the frontiers of contemporary popular music at the risk of becoming very unpopular. The group’s dozen albums combine a range of musical styles—jazz, pop, classical, British soul, rock, blues, medieval, pop, blues, Gentle Giant’s legacy has become influential to a range of artists from the arena rock, jam band, virtuoso players, chamber pop, jazz, and—of course—progressive rock genres.

http://www.blazemonger.com/GG/Gentle_Giant_Home_Page
(There are many Gentle Giant facebook and myspace pages.) 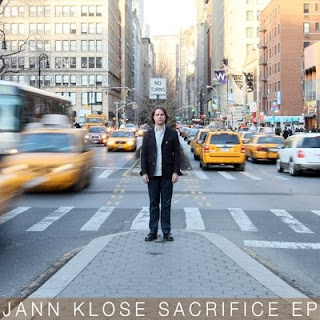 The cover of Jann's Sacrifice EP

I’m reaching out to folks who’ve covered Jann Klose in the past, encouraging everyone to show some interest in his new projects—a video and a digital EP.

The video is “Doing Time,” which is from Jann’s album, REVERIE. Both are great. It’ll be available May 14, and you will see it at http://www.youtube.com/jannklose.

I can e-mail or send-space his digital EP (“Sacrifice”/”Waiting For the Wave”) to you, which will be released May 14 on all the online stores. His fans get the digital EP for free. These songs were recorded during the REVERIE sessions. TIME OUT NEW YORK ran a valid blurb on Jann’s music, “Bronx-based singer-songwriter Jann Klose writes warm, hooky pop music, like a more mature, toned-down version of Jason Mraz.” 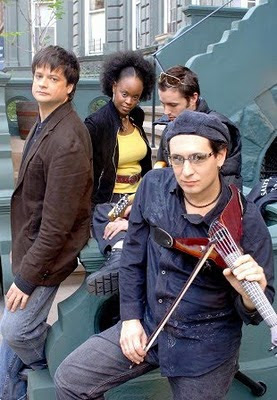 Joe Deninzon is gigging quite a bit. He’s got a new jazz trio CD, EXUBERANCE. He’s writing a violin book for Mel Bay. Another wish for Joe is coming true. Ever since he was a teenager, growing up in Cleveland, OH, Joe has wanted to see the inside of a prison and find out what life is like there. But he didn’t want to go through the usual root of living a life of crime. He always wanted to play in a prison, and finally Joe will find the answer. On May 21, he will be performing at the Marble County Regional Correctional Facility, in Rutland, VT with his wild band Stratospheerius. What do you suppose is the moral of this story?

I’m starting to send out Bill Leverty’s DEEP SOUTH, which is “A-metal-cana music”: traditional folk songs played through a combination of rock influences. Bill’s the guitarist for Firehouse, whose “Don’t Treat Me Bad” was a favorite song of mine when I worked at HIT PARADER around 1990. DEEP SOUTH is his exploration—as a grown up—into folk songs. His family helped him, he studied the music online, did a range of research. I love the results, and he’s continuing the exploration.

Let me know if you’d like to compare music and notes with Bill Leverty—he is continuing on with this research and creation and development of these songs, which translate really well to his harder rockin’ style….. Maybe ‘cause it’s about the song.

Cevin Soling Says School Bullies are the Fault of the Schools!

(THE WAR ON KIDS director available to discuss the failing institution of schools.)

Filmmaker Cevin Soling says that the institutional environment of schools, where children are completely powerless, is responsible for creating bullies. After the suicide of South Hadley High School student Phoebe Prince, pundits debated the horrible ramifications of classmates bullying other classmates. Some have blamed students and believe there is a growing wave of cruelty in youth culture. Others have blamed parents for not raising their children to be respectful, and others blame the teachers and administrators for not intervening and disciplining the abusive children. No one has questioned whether the oppressive environment of school is responsible.

Cevin Soling argues "When people are forcibly trapped in an environment where they are subjected to authoritarian power, the try to find spaces where they can exert some kind of power. Bullying is a learned act which mimics the way kids are treated by administrators and teachers and is inevitable as long as students are deprived of any control over their lives."

Cevin is concerned that none of the proposed remedies will have any meaningful impact since no one is addressing the cause. "The exact same pattern of behavior can be observed in a prison environment. No one wants to examine this issue seriously because it would mean having to completely overhaul schooling."

The Huffington Post's Jonathan Kim calls it a "must see documentary." Ronnie Shreib of Variety writes, "A startling wake-up call about appalling conditions prevailing in American schools," Jeannette Catsoulis in the New York Times notes, "A shocking chronicle of institutional dysfunction, 'The War on Kids' likens our public school system to prison and its disciplinary methods to fascism. At least now you know why little Johnny won't get out of bed in the morning." John Whitehead, who established the human rights organization, The Rutherford Institute, cites THE WAR ON KIDS as an insightful film. He writes: "Ironically, America's public schools were once considered the hope of freedom and democracy, the place where young people were to be instructed in the principles of freedom so that they could someday effectively participate in the democratic process. Sadly, that is no longer the case."

THE WAR ON KIDS is directed by Cevin Soling who won the NYIIFVF award for "best educational film" in 2009. His documentary, THE WAR ON THE WAR ON DRUGS won NYIIFVF's best experimental feature film. Cevin has directed and produced a number of films, including: RELAX IT'S JUST SEX starring Jennifer Tilly, Lori Petty and Cynda Williams; A HOLE IN THE HEAD, which was broadcast on Discovery and The Learning Channel; and URINE: GOOD HEALTH. He also created a number of animated works, including THE BILL JOHNSON SHOW, BORIS THE DOG (which broadcast on both MTV and the BBC), CAPTAIN STICKMAN, as well as the short film, DESTRUCTION.

The Yardbirds On Tour in May 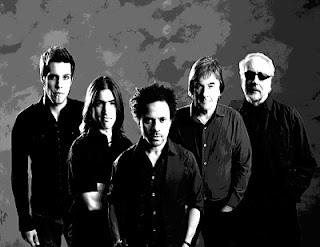 
The Yardbirds will be playing east coast and Ohio dates this May. A true institution, in the brief period from 1963 to 1968, The Yardbirds made an indelible mark on the music and culture of the time, and then on future generations.

To the casual music fan, The Yardbirds are best known as the band that honed the skills of future “guitar gods” Eric Clapton, Jeff Beck and Jimmy Page; and for their slew of chart hits, including “For Your Love,” “Heart Full of Soul,” "Shapes of Things," “I'm A Man,” and “Over Under Sideways Down.” However, led by core members and songwriters Jim McCarty (drums), Chris Dreja (rhythm guitar/bass) and the late Keith Relf (vocals/harmonica), the band's experimental explorations also provided the crucial link between British R&B, Psychedelic Rock, and Heavy Metal, while pioneering the use of innovations like fuzz tone, feedback and distortion. Even their 1968 break-up set the stage for Rock 'n' Roll's future…leading Jimmy Page to form the New Yardbirds, later re-christened Led Zeppelin.

In 2007 Favored Nations released the YARDBIRDS: LIVE AT BB KINGS, again showing the power of the band, and its legacy of great songs.

This season, The Yardbirds return to the States under the leadership purposeful and insightful Dreja and McCarty and the future music superstars: King, Smale and Mitchell.

Some news from new friends:

Three different lady rockers have caught my ears lately, and you can contact them for more information on their music…. All of them would like reviews on their music, so please keep that in mind when you contact them.

Former NY Loose singer Brijitte West has a new band, The Desperate Hopefuls and some darn good punk-delivery in her vocals. Her web site is http://www.brijittewest.com. Contact her at bw@brijittewest.com. For MP3 files to review, e-mail Paul Unger at punger@neo.rr.com

My friend, guitar maker/piano tuner Rick Davies and Jane Sytek turned me on to Micaela Kingslight, who is doing a show with my artist Jann Klose on May 1 in Kalamazoo at the Strutt. Her album is called STILL. She is an incredible guitarist in a vibe to recordings you’d hear by Mark Almond Band, some of the more stretchier ELP and Led Zeppelin songs, while leaning towards softer rock.E-mail booking@micaelakingslight.com. http://micaelakingslight.com/

I think Susan Barth is a devilishly feminine singer in a vocally-melodic realm as the Carpenters. “Perfect Storm” is a hit song. “Chatworth” is an anthem about inconsiderate people. E-mail Pinksoxsongs@aol.com. The web site is http://www.susanbarth.com.

And while I’m at it, the very manly (and Grand Funk Railroad guitarist) Bruce Kulick has another new album, BK3. http://www.kulick.net. BruceKool@aol.com.
Posted by Anne Leighton at 1:17 PM

I will be presenting an unstaged reading and group discussion of her original, three-act play, THE PASSION OF MARY, on April 7 at 6 pm, at the Bronx Library Center, 310 East Kingsbridge Road (at Briggs Avenue), in the Bronx, NY. The library phone number is (718) 579-4244. Admission is free.

After the play is read, there will be a question and answer session.

THE PASSION OF MARY focuses on the story of Mary Dyer, a Quaker from 17th Century America, who was hanged by Puritans in the Boston Commonwealth.

Mary Dyer was one of the early crusaders for religious freedom in America. THE PASSION OF MARY has many historical characters including Anne Hutchinson, who lived for a while in the Bronx and Lower Westchester, plus Roger Williams who founded the State of Rhode Island.

I am a working writer, who -- in addition to promoting Bronx-based pop singer songwriter Jann Klose and working with a number of influential classic rockers (Neil Innes, Jethro Tull, Tower of Power, the Yardbirds, Strawbs, Grand Funk Railroad) -- has an active writing career. My books are USING YOUR ART AND THE MEDIA TO COMFORT PEOPLE (published by Free to Run books) and PAWS FOR THOUGHT: HOW TO UNDERSTAND WHAT YOUR CAT IS THINKING (UK's Rockwell Books and now available in the States through mail order by Daedalus).

My first play Reach for the Sun was performed by Poets Repertory Theater of Long island in 1977. In 2005 I presented a staged reading of her play, ONE WAY TO HEAVEN at the Howl Festival in New York City and as part of the Bronx-based series, HIDDEN TREASURE. The play was also performed by the River City Living Church in San Antonio, Texas and won the Jacob C. Hammer playwriting award at Lehman College in the Bronx.
Posted by Anne Leighton at 2:06 AM