CEVIN SOLING'S THE WAR ON KIDS, THE MOVIE

Cevin Soling is doing interviews for his movie, THE WAR ON KIDS which is about how schools today are being run like prisons. The documentary had a successful this past November at the Quad Cinema, and he's been showing the film for discussion nights at conventions and colleges.

ReThinkFilm.com/Young Turks' film critic/The Huffington Post columnist Jonathan Kim says that The War on Kids "may be the scariest movie you'll see all year."
http://www.huffingtonpost.com/jonathan-kim/rethink-review-emthe-war_b_421321.html
MSNBC's Dr. Nancy Snyderman and Comedy Central's Stephen Colbert also had Cevin on their shows, and quite a conversation. Here's the link for Colbert Nation.
http://www.colbertnation.com/the-colbert-report-videos/256926/november-30-2009/cevin-soling

http://www.thewaronkids.com
Posted by Anne Leighton at 2:37 AM 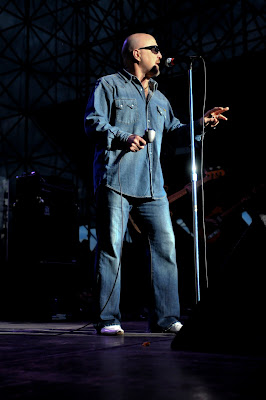 
I'm realizing singer/harpist Kim Wilson is at the forefront of iconic blues singers for this and generations to come.   His appreciation of the genre has led him to collaborations with other great artists, being called to play for folk festivals, jazz festivals, and continuing on to sessions with Eric Clapton, plus getting Grammy nominations for his work on the Cadillac Records soundtrack.

Grand Rapids' Tastemakers writes, “such a tight collection of first-rate players that they perceptively know just what tune they'll do next by the time Kim begins to count off. During the course of the show just a nod from Kim or some brief eye contact, and the band was off into the next number. Audiences get their money's worth each night as Wilson wastes no time between the end of a song and the beginning of the next, ala Van Morrison.

“Only first-rate musicianship allows Wilson to cut a wide swath in order to uncover all the elements of true blues music; songs and styles that may go by the wayside with Wilson's other band, the guitar forward Fabulous Thunderbirds ... Kim is the one with the most signature sound, style, and presentation. He looks just as comfortable without a harp in hand all while sweating out a soulful vocal number by Little Milton. Wilson is either gracious, yes, or just smart enough to let his band do their work.”

On January 26, 2010 Gentle Giant will be re-releasing three CDs: In A Glass House (originally released 1973), Free Hand (1975) and The Power & The Glory (1974) via their own Alucard label through EMI Music's Label Services unit and Caroline Distribution.

On February 9: Interview, Playing the Fool: the Official Live will be released.   On February 23, look for The Missing Piece and Giant for a Day in CD formats.   Later this year there will be vinyl releases of the catalog.   Look for a new DVD, GG at Winchester College, which is the first show that Gentle Giant ever performed; it includes songs never released on any commercial release.   Box sets and live recordings are also being planned.

All seven of the albums are remastered from the original 1/4 inch tapes through Hi-Resolution (24bit 96k) transfer that the band recorded at UK's Abbey Road Studios in the 1970s.   Band member Ray Shulman was in charge of the new remasters.

This progressive rock band, which was active from 1970 through 1980, was made up of multi-instrumentalists, and lived to expand the frontiers of contemporary popular music at the risk of becoming very unpopular.   The group's dozen albums combine a range of musical styles-jazz, pop, classical, British soul, rock, blues, medieval, pop, blues, Gentle Giant's legacy has become influential to a range of artists from the arena rock, jam band, virtuoso players, chamber pop, jazz, and-of course-progressive rock genres.

FOR JUST THE DIGITAL RELEASES, the band chose favorite live versions of songs from each album and some obscure radio sessions. Two of the bonus tracks “Intro 74” and “Intro 76” were partially re-recorded, embellished and remixed by Kerry Minnear of the group.

http://www.blazemonger.com/GG/Gentle_Giant_Home_Page
Posted by Anne Leighton at 12:43 AM

There will be a new Stratospheerius album at some point in 2010 or 2011, and definitely Stratospheerius gigs including a late night show on February 10 at Phat Baby in New York City.

But Joe Deninzon, Stratospheerius' lead singer/electric violinist has some other fascinating activities coming to fruition this year.   He is writing a violin book for Mel Bay, teaching at Mark O'Connor's string camp in New York City this summer, and releasing a jazz trio album.

The Mel Bay electric violin book focuses on improvisation techniques in rock, jazz, blues, and funk, and will also have chapters devoted to amplification for strings, effects, and electric violins.  Joe Deninzon has become the music world's “go to” guy for sessions, improvisation technique, and the one everyone asks for info on effects, so this book will be a “God”-sent for colleagues and fans.  (He recently also played in Bruce Springsteen's back up group at Madison Square Garden for “New York City Serenade.”)

Joe is honored to be the Rock teacher at Mark O'Conner's renowned String Camp this July 26-30, in New York City. Mark O'Conner is considered one of the greatest violinists and composers of our time, who transcends many genres.   He's played for and performed with Yo Yo Ma, Edgar Mayer and James Taylor.   Here is the link for info about the String Camp: http://markoconnor.com/index.php?page=about

Violinist Joe Deninzon and his Trio will be releasing their debut CD, Exuberance, in February of 2010 and will be touring February 10-21 in support of the new release. Tour dates include Hoboken, Youngstown, Erie, Indianapolis, Cleveland, Bloomington, abd Cincinnati.

The Joe Deninzon Trio is comprised of violinist Joe Deninzon, bassist Robert Bowen, and guitarist Stephen Benson.   On tour, the group will be joined by drummer Lucianna Padmore.

The goal of the Exuberance sessions was to capture the essence of three musicians in a room, playing live with no overdubs and no “production." The group draws influences from jazz stylists including the gypsy explorations of Django Reinhardt and the hot swing of violinist Stephane Grappelli along with rock and pop standards of the past 50 years including compositions from Steely Dan, Alice in Chains, and Radiohead.  It poses the question, “What if artists such as Django Reinhardt were alive today and creating their unique interpretations of music they heard on the radio?”

One of the group's original songs, “Sun Goes Down” (featuring Luba on lead vocals), has been featured in the independent film, “What's Up Scarlet?” and a recent winner in the Jazz category of the Billboard and John Lennon International Songwriting Contests. 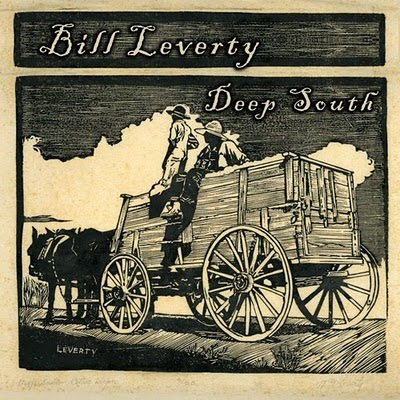 
I'm starting work soon with Bill Leverty, who you might know as Firehouse's guitarist. He's created a folk rock folk rock (or as he calls it “Ametal-cana”) album called Deep South, which features traditional songs done in Bill's style, not Firehouse's, who had hits “Don't Treat Me Bad” and “Love of a Lifetime” in the 1990s.

Some of the songs (from “Boll Weevil” through “Rain and Snow”) are on Bill's REVERBNATION page.   Bill's dad taught him these songs as a child.   It's as though Bill blended the rock blues genre made famous by Cream and combined it with folk and church songs and attitude.   (He also threw in Ray Charles' “Hit The Road Jack.”)

Vocally, he's got a rich baritone with blues-rock, gruff and wail. My focus is to get him to all the folk and songwriting media (though metal and classic rock folks can certainly contact me on Bill), because the album is unique, and should be heard by folks outside just the “hair band” community.

If you're on Facebook, Tower of Power's web outreach folks would love for you to join the Official TOP Facebook Fan page
http://www.facebook.com/pages/Official-Tower-of-Power-FAN-Page

New guitarist in Tower of Power is Jerry Cortez, and the band is playing songs off its Great American Soulbook album.   “Me and Mrs. Jones” and “The James Brown” medley, “Star Time” are favorites live.   Visit the band's web site for show info.

http://www.towerofpower.com
Posted by Anne Leighton at 12:28 AM 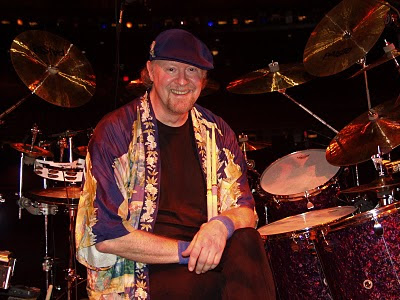 Sticks 'n' Skins: A Photography Book About the World of Drumming makes its debut at www.SticksnSkins.com!   Discover the heartbeat of music in this 560 page coffee table book illuminating the eclectic world of drumming over the past 70 years. Fotos By Folletts photographers traveled to 53 cities in four countries and photographed over 500 drummers to be included in the pages of this captivating hardcover book.

Dedicated to the late drumming photographer Lissa Wales, Sticks 'n' Skins opens with a special tribute to her work. Well known to the drumming community, Lissa was a trail blazer in her field, specializing in capturing the heart and soul of drummers around the world. (To learn more about Lissa, please visit DrumPics.com.)


Sticks 'n' Skins not only provides visual inspiration with its stunning photos but also preserves the legacy of the diverse and unique drumming community. Sure to become a music lover's collector's item, this extraordinary book offers an opportunity for fans young and old to see a new side of the biggest names in music history.

"This book documents our drumming history, thus preserving our talents and our reasons for why we do what we do for future generations to feel. It is a compelling and moving glimpse into the drumming community" - Dom Famularo, Drumming's Global Ambassador.

“I have been privileged and blessed to have met and photographed this amazing group of musicians... the drummers,” says author Jules Follett. “I thank them all for helping me capture their talent, energy and passion visually.”

For more information or to purchase your copy today, please visit www.sticksnskins.com.


http://www.sticksnskins.com
Posted by Anne Leighton at 12:21 AM

If you present or attend house concerts, I would love to talk with you about having Jann Klose perform for you.   He's played house concerts through the years, and they've been a great setting for his unique pop stylings.  They've helped him also build lifelong fans in new markets, who keep coming back to his shows whether at the same house or in a club.

We're also making free downloads available from his album, Reverie via WFUV's HD Radio site.   (Three of Jann's songs are now in the Top Five there with “Doing Time” at number one.)   Please visit http://jannklose.com/audio.html

This April we're releasing Jann's songs “This Sacrifice” and “Waiting for the Wave,” which were recorded during the Reverie sessions but didn't make the album.   They'll be available on iTunes.

WGN Radio's Steve and Johnnie in Chicago are presenting and emcee-ing Jann Klose live at the Skokie Theatre on April 30.   Also on the bill is Anne Harris, please mark your calendars.   Roger Reis of the Chicago Examiner wrote that Reverie is a “phenomenal piece of music that should be a part of everyone's musical library.”   He's right.

http://www.jannklose.com
Posted by Anne Leighton at 12:18 AM

Jordan Rudess and his daughter Kayla recorded a pop song, “For the Moment” to help benefit the non-profit Central Asia Institute (www.ikat.org) that helps community education in regions throughout Afghanistan and Pakistan.

I want to rave about New York Mac Geeks, an incredible Apple Macintosh computer consulting firm that has both saved my butt with the various computer issues I've had this past year. NYMacGeeks also showed me a range of web design tips, and is helping me set up an internet “cloud” so I can collaborate with my team of artists and behind-the-scenes folks.   If you're a Macintosh user, save their contact info for the future: http://nymacgeeks.com, 718-395-9327. info@nymacgeeks.com
Posted by Anne Leighton at 8:56 PM