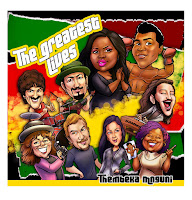 New Song Inspired by Muhammad Ali about Leadership and Respect)


In support of Black History Month (February 2020), D-Zone Entertainment is proudly releasing the single, “The Greatest Lives” in digital stores and streaming sites on Friday, January 31.


The song will be on “The Greatest Lives Songwriter’s EP,” due out March 21. It is sung by Thembeka Mnguni, finalist for South Africa’s The Voice in 2016. Her name is pronounced “Them-bek-kah  Mmn-Gu-Nee.” From Durban, SA, she is signed to Universal Records. Her greatest cause is as a spokesperson for Autism. She is also a brand ambassador for MUD Designer Makeup SA and for Body Confidence International. In South Africa, Universal is releasing a new song “Stimel” from her upcoming album, which will also include “The Greatest Lives” as a bonus track.  Visit her on social media at instagram.com/thembeka_thediva.


The idea for the song came to Anne in 1984 when Muhammad Ali was diagnosed with Parkinson’s Disease. She wrote on a newspaper article, “What would he want us to know?” and filed it in her box of song ideas. “It would have been a totally different song if I wrote it then, because I was more sentimental.” Instead she worked on the song as her first assignment for when she was offered a songwriting deal. South Africa’s Sheer Publishing handle one of Anne’s favorite songs, “The Lion Sleeps Tonight.”


She started watching South African news, and discovered many women expressing hope for a kinder world. Many went through bullying and abusive situations, and the females were open enough to talk about their experiences. The lyrics for “The Greatest Lives” came from Muhammad Ali’s quotes and philosophies. They became a message about leadership and treating people right.


Joe Deninzon, who grew up in Cleveland, OH, went to college in Bloomington, Indiana, and played throughout the Midwest, knew Muhammad Ali’s hometown of Louisville. He understood the Midwestern sound that Anne was looking for, made a demo, and then the two began to put musicians to work. Using John Mellencamp's "Ain't Even Done with the Night" as a role model, they asked Cactus and Vanilla Fudge's Carmine Appice, who also played with Rod Stewart.

Thembeka loved THE GREATEST LIVES’ message about having strong character. Joe and Anne chose her because they thought she was one of the greatest singers they ever heard. Thembeka showed she was (as the song says) a master by being the runner up on “the Voice South Africa.” She liked the recording enough to also want to include it on her upcoming album.


After they heard Thembeka’s performance, they found inspiration from keyboards on albums from the late Oliver Mtukudzi. Joe knew the perfect keyboardist, Jeremy Beck, who used both acoustic piano and Hammond B3. Hence, the hashtag #BeckDeninzonAppice.


“Joy and optimism in this song, I think, come from its mission and inspiration. Muhammad Ali dealt with obstacles with optimism and a wink and smile,” Joe says. Joe and Anne, and their musicians, know “The Greatest Lives” will make a difference, and are proud to—as their lyric says--take a “Never say die” attitude in promoting it!

Posted by Anne Leighton at 2:35 AM

Anne Leighton: Songs Dedicated to Greta Thunberg & Pete Seeger: Here are songs and activities for my songwriting artists.  Are you planning any events and playlists for Earth Day?  Ask me if you need music services! My rolodex covers North America, England, Australia, and South Africa.

Joe Deninzon & Stratospheerius playing Arlene's Grocery, NYC on Feb. 27 for StringFest II (presented by SonicVoyageFest and Composer's Now).  Also appearing are Echo of the Ghost & Susan Aguila.  Their hard rock prog song, GAME OF CHICKEN features an electric violin-driven in a mold like Dream Theater, Rush, and Styx. "We're heating up as we run out of time."  People are daring one another to play with risk.  We're busy bickering while the planet is losing it.

Please listen to the music hall-inspired A TERRIBLE PICKLE  by Folk-Pop songwriter Dean Friedman Some mentions of Australia's nature-- Koalas and eucalyptus trees, all kinds of mentions about the environment, the oceans are rising.
Los Angeles, hear Dean live at Kulak's Woodshed in North Hollywood, on Saturday night, February 1! #Pre-GroundHogs' Day!

Friends in the New York City/Woodstock region, get ready for an announcement on the Slambovian's Earth Day activities. My UK Friends, the band will be back this summer, and one of the shows will be at Fairport Convention's Cropredy Festival.

POWER FROM ABOVE Dan Berggren (Folk)  The metaphor of the sky and the Christian concept of God,  Gospel-y folk, play on words "Power from Above" the song encourages wind and sun power, "Faith & Respect & Hope for this old earth." traditional-sounding.

Dudeski/Chip Baker Films is proud to announce the release of their new film "Rolling Stone Life and Death of Brian Jones," a Danny Garcia film. 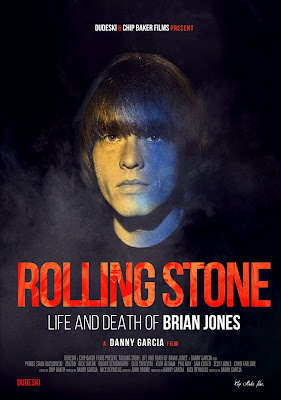 A limited run of screenings have been scheduled in select markets worldwide January thru April 2020 before the film’s release on DVD in mid-April.

"Rolling Stone Life and Death of Brian Jones" is the first documentary about the founder and original leader of The Rolling Stones.

"Beautifully put together and engrossing from start to end".
Irvine Welsh - Author of "Trainspotting"

In the mid-1960s, Brian Jones emerged as ‘the face’ and poster boy of the Bohemian Swingin’ London scene, topping the charts with The Rolling Stones and dating model/actress Anita Pallenberg.

However, his excessive lifestyle and his reputation as ‘ the original bad boy of Rock & Roll’ was to cost him dearly. As the scene descended into the acid ridden year of 1967 so did Brian. Targeted by the authorities and media, he spiraled out of control losing both Anita and the respect of the Stones. Two years later, Brian was found at the bottom of his swimming pool, the verdict: death by misadventure.

During the last 50 years many theories have emerged, claiming that Brian was murdered and that it was covered up at high level, as this film discovers – the evidence for this is extremely compelling.

The film had a highly successful world premiere this past December 16th in London at the Regent Street Cinema.

"Rolling Stone Life and Death of Brian Jones" is the 5th acclaimed music documentary for Spanish filmmaker Danny Garcia. His other releases include "The Rise and Fall of The Clash"; "Looking for Johnny", about New York Dolls guitarist Johnny Thunders; "Sad Vacation", a film chronicling the final months in New York City of the Sex Pistols bassist Sid Vicious & his girlfriend Nancy Spungen and Danny's most recent release "Stiv: No Compromise, No Regrets" about Stiv Bators, legendary frontman of the iconic Ohio band the Dead Boys and The Lords of the New Church.

"Rolling Stone Life and Death of Brian Jones" adds to the list of respected music documentaries Danny Garcia has produced and directed.

The Greatest Lives is the new single from Joe Deninzon & Anne Leighton's "The Greatest Lives - Songwriters' EP."  Both veterans, the two knew they had a special song, and asked one of their favorite singers, South Africa’s Thembeka Mnguni to record it.

Though known for his prowess as a violinist, fronting Stratospheerius and playing in orchestras for acts including Game of Thrones, 50Cent, The Who, Bruce Springsteen, and Renaissance, Joe produces, plays guitar, and bass on it. Other musicians are Carmine Appice (Cactus, Vanilla Fudge, Rod Stewart) on drums and Jeremy Beck on keyboards (piano and Hammond B3); hence the hashtag #BeckDeninzonAppice. A working creative writer and publicist, Anne got the idea in 1984 after Muhammad Ali announced his diagnosis with Parkinson’s Disease. She wrote “What does he want us to know,” and put it in her song idea box that she started as a teenager.

Thembeka loved THE GREATEST LIVES’ message about having strong character. “It's important to always remember that I'm nothing without my supporters ‘cause they drive me by just looking up to me. Though it's a heavy load but it comes with the job. That's why I speak so openly about my son, life, past abuse and my current....

Thembeka is signed to South Africa’s Universal Music, and on the verge of releasing her first album. A finalist on The Voice South Africa and a Mommy, Thembeka's greatest cause is as a spokesperson for Austism.  She is also a brand ambassador for MUD Designer Makeup SA and for Body Confidence International. 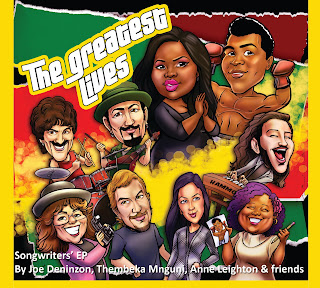 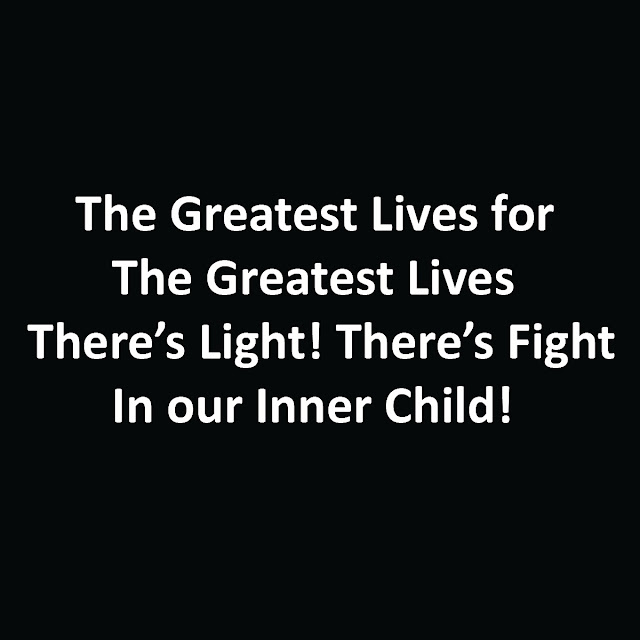 Posted by Anne Leighton at 3:08 AM