Kick Off To BELIEVE IN THE CURE, In Akron, January 12

Founded in June 2011, by Joanne Filina, after a personal battle with Leukemia (Chronic Lymphocytic Leukemia), Believe in the Cure's mission is to fund the research, education, and prevention of cancer. Believe In The Cure is raising funding for adolescent and young adult cancer research including but not limited to The Solove Research Center at The James Cancer Center in Columbus Ohio. Among its other missions are to help provide medical bill relief for those suffering from cancer.

Says Ms. Filina, "You must believe in the cure for there to be a cure. It's as important to stay healthy on the inside as it is on the outside, which includes choosing healthy foods and creating and maintaining positivity and wellness in our lives. Cancer prevention is the cure for which we strive."

The Believe In The Cure's January 12 event will feature guest speakers Dr. Joseph Flynn and Dr. Nick Parasson. Dr. Joseph Flynn of The James Cancer Center OSU Medical Center; he specializes in CLL, Lymphadenopathy, and researches therapeutics for non-Hodgkins Lymphoma as the quality of life for survivors. Dr. Nick Parasson of Summit Natural Wellness Center Akron, is a licensed and board-certified Naturopathic Physician.

Singer-songwriter Jann Klose, who started his career in Youngstown, will be the featured performer. He sings Tim Buckley's parts in the upcoming Jeff Buckley biopic, GREETINGS FROM TIM BUCKLEY, and his music is heard on the GRAMMY-nominated album, HEALTHY FOOD FOR THOUGHT: GOOD ENOUGH TO EAT, on MTV's CRIBS, and in the Paul Sorvino's movie, DEAD BROKE.

The Believe in the Cure benefit will also be a silent auction, 50/50 raffle. Special donations for the auction and raffle are being sought from community businesses.

Posted by Anne Leighton at 1:04 AM 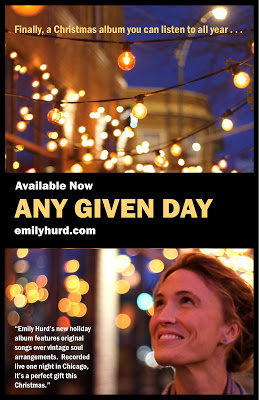 Emily Hurd releases a full-length live studio album of original Christmas music on December 7th, 2012. The cost of the album is $10 and is available through the artist’s website (emilyhurd.com) and cdbaby.com.

Unlike other Christmas records, listeners can enjoy ANY GIVEN DAY beyond the holiday season. Emily Hurd’s sultry vocals deliver messages of spontaneous celebration, humble gifts, and fundamental good will on a backdrop of vintage soul arrangements.  Hurd gives a voice to her desire for human empathy in songs like “Chain of Light” and “In The Spirit of Giving,” and she creates clever rhymes of winter love in “Cold Outside” and “Glögg.” This collection of music has a clear message: any common day is worth reveling in like Christmas.

Emily Hurd wrote the songs from ANY GIVEN DAY—her ninth studio album—in the month of October, 2012. The tunes were recorded live on the evening of November 13th, 2012 at Chicago’s Kingsize Sound Labs. The record was mixed and mastered in one afternoon, and sent to be manufactured the same day. This whirlwind process was captured on film by Chicago videographer Mark Helenowski. Emily will be releasing music videos to her fans throughout the month of December.

Over the course of her career, Emily has shared the stage and/or opened for Irma Thomas, Bettye Lavette, and Roger McGuinn. Her music is featured on the popular CBS crime drama NCIS.  She appears on the prestigious Old Town School of Folk Music "Songbook" collection (released by Bloodshot Records).  She is a winner/finalist in the John Lennon Songwriting Contest, NPR's NewSong Contest, and The International Songwriting Competition. “Irreparably Yours” from Long Lost Ghosts was a Semi-Finalist in 2011’s Great Lakes Songwriting Contest. In 2013, Emily and her country band Stone Blind Valentine—will be releasing their first album, ‘Burn Like A Field,’ on Valentine’s Day.  Emily has released 10 albums since 2005.

Touring across the heartland, the wild west, and east coast parts of America, Emily has been meeting new fans at every show she plays, from coffeehouses and schools, to TV and radio shows and festivals,including events that fans have organized, most notably an annual “Emilyfest” in rural North Carolina (the next one is scheduled for October 14, 2013).

THE GONG SHOW LIVE Partners with Area Businesses to Give 300 Tickets to Area Sandy Victims, December 6

People hardest hit by Sandy can enjoy the Off-Broadway show, THE GONG SHOW LIVE and food and drink on December 6 at the new The Cutting Room, 44 East 32nd Street, in New York City, at 7:30 PM.

THE GONG SHOW LIVE--the Off Broadway stage show of the iconic TV series, THE GONG SHOW-- has partnered with five sponsors, to give 300 tickets to unlucky victims of horrible Hurricane Sandy, who can sign up via the NEWS page at http://www.gongshowlive.net

The partnership of THE GONG SHOW LIVE and area businesses was inspired by a theatergoer, Mary from Staten Island, who lost her ticket to the Dec. 6 show, when she lost her home in the storm. Mary declined a refund, explaining that attending the show was very important to her, "It's going to be one night to have fun, laugh and feel normal."

Executive Producer Leslie Gold (The Radiochick) put the project of distributing tickets in motion. The mission and the motivation for the project was simple: to provide a warm, welcoming, hilarious evening out to those who desperately need one.

"I wouldn't normally think attending our show would be helpful to those in such terrible circumstances, but Mary's story touched me, and reminded me that laughter can heal" said Gold.

The sponsors who stepped up immediately are Neutocrete Company (Danbury CT), ITU Agency (Washington DC), Andy Troy's TastingNYC.com (NYC), Gabor and Assoc (NYC), The World of Ed Heck (artist, NYC), good samaritan Scott Butler (Westchester NY), and The Lippincott Center (Somerville, NJ). The special show will be presented at the brand new Cutting Room on Dec. 6 at 7:30 PM. To add to the generosity of area businesses, The Cutting Room is welcoming Sandy attendees with a free drink and appetizer.

THE GONG SHOW LIVE now is seeking names of 300 people kicked in the gut by Sandy for these tickets. Send in the name and contact information of someone you know, who experienced severe losses in Sandy, via the NEWS page at http://www.gongshowlive.net .

THE GONG SHOW LIVE is a hilarious and loving recreation of one of television's most entertaining and outrageous cult classics – and is the only authorized stage production of the original GONG SHOW. It's been described as "Jaw-droppingly hilarious" by critics. This theatrical Off-Broadway show at the Cutting Room stars Ray Ellin, Chuck Nice, Dan Naturman, Mason Reese, THE GONG SHOW 10 Live Band, Gene Gene the Dancing Machine and the Unknown Convict. THE GONG SHOW LIVE is appropriate for the whole family.

Gold, and select castmembers – including The Amazing Amy (an 80-year-old contortionist), Manolo Blank (a disco/balloon dancer) and "Illusionist" Chipps Cooney are available for interviews/mini-performances to help spread the word.

Tickets to regular performances at http://www.gongshowlive.brownpapertickets.com/ The phone number for the Cutting Room is 212-691-1900.

Posted by Anne Leighton at 9:47 PM 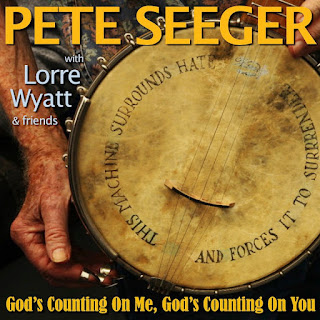 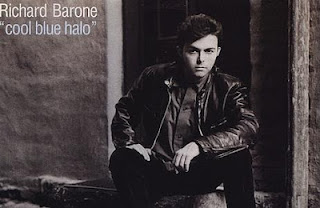 Innovative singer/songwriter/producer/author Richard Barone is involved with three projects--two are based on his career and now even-more-relevant-than-ever 1987 album, COOL BLUE HALO, and one is with legendary folk singer-songwriter Pete Seeger.

The DigSin label is releasing the 25th Anniversary Limited Box set of COOL BLUE HALO which features a 2 CD/DVD 2012 Anniversary concert he presented, along with guest performers The Band's Garth Hudson and producer Tony Visconti, plus a documentary (I BELONG TO ME: THE COOL BLUE HALO STORY) on the history of COOL BLUE HALO, a T-shirt, and the original album.

I BELONG TO ME: THE COOL BLUE HALO STORY will be held at Anthology Film Archives, 32 Second Avenue, in New York City, on December 10th, with a special live performance in the theater.

Initially ROLLING STONE contributor Anthony DeCurtis reviewed COOL BLUE HALO in 1987, and dubbed Richard's music "chamber pop" for it made an interesting use of a cello and percussion as opposed to electric guitar, bass, drums. That 1987 review was one of the first times the term had been used in a critical review. Since then the genre has come into popularity with today's popular artists: The Shins, Fleet Foxes, Antony and the Johnson, Rachel Platten, DeVotchKa, the Decemberists. In reconnecting with Richard's music, Anthony stated, "there is great beauty to this album tht find completely undminished since it first came out... the music is so timeless."

On Election Day, Nov. 6, 2012, Legendary folk singer Pete Seeger released a new single and his first-ever music video "God's Counting On Me, God's Counting On You" (Sloop Mix) filmed and recorded live on the historic Hudson River Sloop Clearwater. The video is available on YouTube; the song will be available at iTunes, Amazon.com and all digital retailers on Tuesday. VIDEO - YouTube: http://bit.ly/seeger1
SONG - iTunes: https://itunes.apple.com/us/album/gods-counting-on-me-gods-counting/id571104299
RADIO - Audio file for Radio Stations: http://soundcloud.com/richard-barone/pete-seeger-gods-counting-on/s-2sDn7


Pete Seeger co-wrote "God's Counting On Me" with his long time friend Lorre Wyatt after the BP Oil Crisis in the Gulf of Mexico in 2010. Richard Barone and Matthew Billy produced the song. Wings drummer Steve Holley and the Roches Terre Roche are among the musicians lending their support on the recording.

At age 93, Pete Seeger has had a broad influence on the development of contemporary folk music in a career that has stretched from before World War II to after the turn of the 21st century. Songs he's written include: "If I Had a Hammer (The Hammer Song)," "Where Have All the Flowers Gone," and "Turn! Turn! Turn! (To Everything There Is a Season)," all have became major hits; his words and music have have helped unite causes including building unions, ending wars, supporting the rights of the oppressed, and saving the environment.

Richard Barone is an acclaimed recording artist/performer/producer/author. Since fronting Indie-pop icons The Bongos, Barone has produced countless studio recordings and has collaborated with artists in every genre--from Lou Reed and Moby to Liza Minnelli, Tiny Tim, and of course--most recently--Pete Seeger. As a musical and theatrical director, he has scored shows and staged all-star concert events at such venues as Carnegie Hall and the Hollywood Bowl. His memoir FRONTMAN: Surviving the Rock Star Myth was published by Hal Leonard Books. He was recently appointed to the Board of Advisors for Anthology Film Archives and as a Professor at New York University's Clive Davis Institute of Recorded Music. Pete Seeger "God's Counting On Me, God's Counting On You."

Posted by Anne Leighton at 7:11 PM