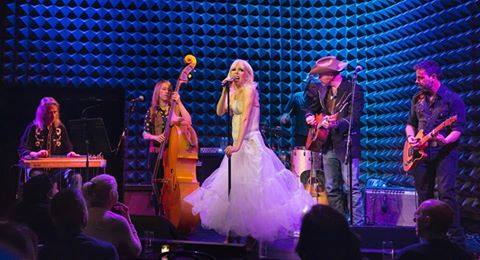 The 14th annual Hank-O-Rama, the first ever at Joe’s Pub, and the first NOT to be held on Jan. 1 (the official anniversary of Hank’s death 55 years ago), will be held January 2, 2018, at Joe’s Pub at 7 PM.
Joe’s Pub is at 425 Lafayette Street, in New York City.
Tickets are $15.
The venue phone is 212-967-7555.
Website is https://joespub.publictheater.org/Joes-Pub-at-The-Public/.
Ticket link is https://joespub.publictheater.org/Tickets/Calendar/PlayDetailsCollection/Joes-Pub/2018/H/Hank-O-Rama/?SiteTheme=JoesPub.

In keeping with Hank-O tradition, the second half of the show will be a more freewheeling segment including The Lonesome Horns, with guest performances by some of the brightest stars from the NYC country firmament.

The Lonesome Prairie Dogs are among New York and Brooklyn country music’s most enduring honky tonk outfits. In 2004, the LPDs founded the Hank-O-Rama to pay tribute to one of America’s greatest songwriters, whose compositions include “Cold, Cold Heart,” “So Lonesome I Could Cry,” “I Saw the Light,” and “Hey, Good Lookin’,” among many, many others. Hank died at age 29 in the back of his Cadillac en route to a New Year’s Day gig in Canton, Ohio.

Tammy Faye Starlite is a singer and performance artist whose numerous works include the critically acclaimed, “Nico: Underground,” a tribute the iconic German chanteuse that was a member of the Velvet Underground, and “Rated X,” a celebration of country icon Loretta Lynn.  Rated X first brought Tammy together with Lenny Kaye and The Lonesome Prairie Dogs at Joe’s Pub in 2014.

Lenny Kaye is a guitarist, songwriter, producer and journalist, perhaps best known for his compilation of the Nuggets garage rock collection, his “autobiography” of Waylon Jennings, and his longtime collaboration with Patti Smith.  Most recently Lenny worked with Jessi Colter on a new album called PSALMS.

Launched at Arlene Grocery in 2004, the Hank-O then moved uptown to New York’s top honky tonk, The Rodeo Bar, where it was an institution for nine straight years, before the Rodeo closed down in 2014. The Hank-O had one-night stands at Midtown Live, Skinny Dennis and last year at Hank’s Saloon, before this year’s move to Joe’s Pub.