Coming out May 5 is Mandala’s album, MIDNIGHT TWILIGHT on Norway’s Autumnsongs Records (distributed by MVD in North America).

Mandala's debut album, MIDNIGHT TWILIGHT, is an exhilarating combination of Western and Eastern folk music, mixed with heavier forms of progressive rock, all wrapped in an early-‘70s glow.

Mandala was formed in London in 1997, by Rhys Marsh (voice, guitar), Francis Booth (bass) and Will Spurling (drums). Their plan was to create music that represented all things analog, specifically their love of valves, vinyl and VU meters. They wore flares and large-collared shirts with pride, quickly becoming one of the most talked about bands in the college, performing regularly in the weekly foyer, on TV shows and in end of year productions.

By 2005, they had a new sound that encompassed violin and cello, which they presented at concerts across the UK and North America. They recorded and self-released two EPs — one showcasing their ability to rock out, albeit this time with a string section, and the other showcasing their acoustic material. The sound was penned by The Guardian newspaper as “Folk Noir.” At this time also, Mandala’s music was attracting the attention of fans in Scandinavia through MySpace.

The group played hundreds of concerts, though never recorded a full album. In 2006, they decided to call it a day. The band members ended up pursuing other musical projects, Rhys Marsh even moving to Norway to begin a successful musical career there. They remained friends — in fact, in the years between 2006 and 2012, they had grown even closer as friends.

In 2012, the ideas for getting back together were sparked, and in 2014 the band flew to Norway — heading to Autumnsongs Recording Studio in Trondheim. For 10 days they were accommodated in the Autumnsongs building — a solid concrete bunker, with no windows. The time of day quickly became irrelevant, as they set up in the studio to record in the truest way they could: live, together in the same room, surrounded by room mics and lava lamps, allowing the instruments to bleed over each others' tracks. They only time they ventured outside was for dinner, which always ended up being a barbecue, on the mountain next to the studio, during the hours of the MIDNIGHT TWILIGHT.

From the first playback, they were blown away by the sounds that came through the monitors. They were even tighter as a band than they had been years before. Suddenly, it felt as though the three of them had grown so much as people and musicians that they were able to fully express the songs as they should be heard.

MIDNIGHT TWILIGHT has been 18 years in the making. We hope you agree that it's been worth the wait.

“Haunting atmospherics, with an icy edge.”
Time Out

Sonic Voyage is a new, traveling progressive rock festival featuring three incredible bands: Circuline, and Shadow Eden and Joe Deninzon & Stratospheerius. All three bands have joined forces to create a night of music that dazzles with virtuosity, ignites the senses, and pushes boundaries.

The Sonic Voyage Fest also looking for a local from the Newmarket, Dover, Exeter, NH area to be the opening act for the New Hampshire gig.  Those interested in opening for the Newmarket gig should e-mail to Anne@AnneLeighton.com a short note, plus links to performance videos online.  Include contact name, phone number, and website. Deadline is April 24. Note: Only e-mail is the way to contact us for the opener, who will be decided by the 1st of May).
www.stonechurchrocks.com

INFO ON SONIC VOYAGE'S SPONSORSHIPS FOR VETERANS AND STUDENTS

The Sonic Voyage Fest is looking for sponsors to pay for the opener and for admission of interested veterans or students who might be going through financial hardships but would feel an event by musicians would help them.  Please contact Anne Leighton, who works with Joe Deninzon, at 718-881-8183 if you can either help financially or know a veteran or student who’d benefit from going.

Led by electric violinist/vocalist Joe Deninzon (www.joedeninzon.com), who has been called “The Jimi Hendrix of the violin,” Stratospheerius has showcased their “frenzied mélange of progressive rock, jazz fusion and funkabilly” throughout the world. The New York-based group has opened for The Levin Brothers (Tony and Pete), Tim Reynolds, Mickey Hart, and John Scofield… Their live performances are filled with funky dance grooves, rip-roaring guitar/violin jams, and hooks that mix jazz, funk, rock with Gypsy influences.

Stratospheerius was a winner of the John Lennon International Songwriting Competition, and was named "Best Jam Band" in the Musician's Atlas Independent Music Awards.

What do you get when you take two theatrical lead vocalists, a keyboard player from Juilliard, a musical savant playing guitar, and a drummer with progressive rock in his DNA?  The new modern ProgRock band Circuline.  Performing m elodic and cinematic rock for the 21st Century, their original music combines elements of classic progressive rock and modern rock. The "Tribute" part of their show covers British and North American progressive music that was played on the radio in the ’70s, ’80s and ’90s, such as Yes,  Genesis, Rush, Led Zeppelin, Sound of Contact, and Pink Floyd.
sonicvoyagefest.com

Ian Anderson Presents 8 Shows Only in The USA This November

Ian Anderson celebrates the life and times of the English Agricultural inventor, Jethro Tull, with the announcement of a new series of concert tours beginning September 2015.

The shows tell the story of the original Jethro Tull's life, reimagined as if in the near future and illustrated with Anderson's best-known songs from the rock band Jethro Tull repertoire.

The performance is in a quasi-operatic structure with virtual guests on video and some  additional newly-written songs to round off the elements of the story. 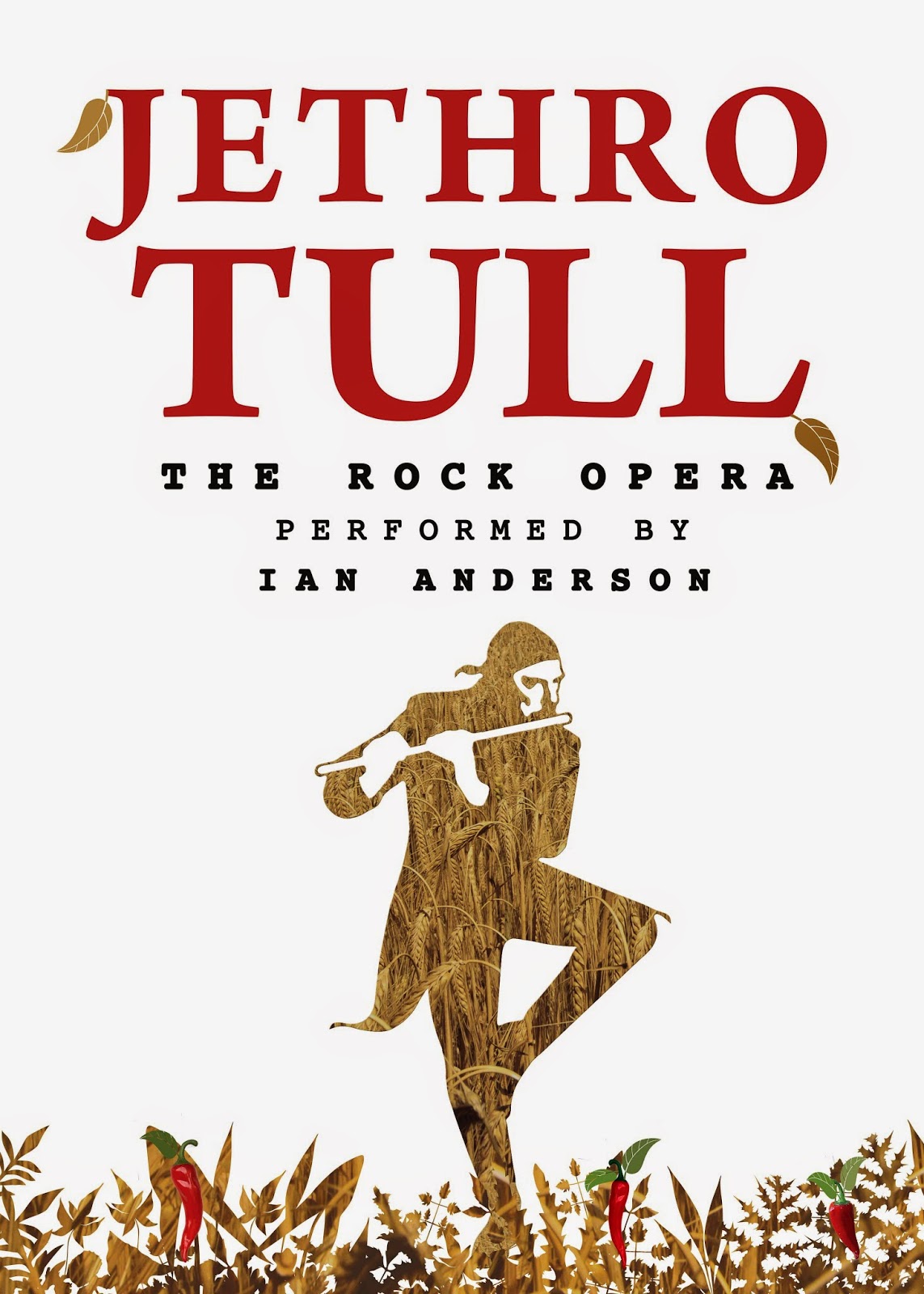 Heavy Horses, Farm On The Freeway, Songs From The Wood sit alongside Aqualung, Living In The Past, Wind-Up, A New Day Yesterday, The Witch's Promise, Locomotive Breath and other favourites – often with slightly re-written lyrics to better tell the tale.