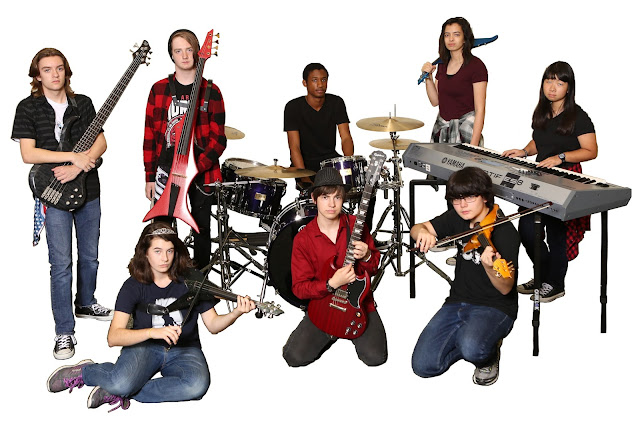 SEE 1 Rock Orchestra of the Sycamore Community Schools will be presenting contemporary hits by the Weekend, One Republic, Muse, classics by Led Zeppelin, Paul McCartney, Van Halen, and the Allman Brothers, plus some of Joe Deninzon’s original music at Sycamore High School, in  Cincinnati, OH on February 19th at 7 pm.
Admission is $10. Tickets will be at the door.
The school’s phone number is (513) 686-1760.
The website is sycamoreschools.org. Tickets are available on www.SBOB.org through the online store.

Other activities will take place on February 18th, including workshops with students from both Sycamore’s Junior and Senior High Schools. Workshops run 8:15 am through 11:20 am at the High School and Junior High.

Directing The SEE 1 Rock Orchestra is founder David Smarelli, now in his 27th year as the Director of Orchestras, and a strings teacher for the Sycamore Community Schools.  His musical credits include conducting the Ohio Northern University String Ensemble and the Clermont Philharmonic Orchestra (where he also served as music director).

Under his direction, David’s school orchestras have received local and statewide recognition, performing at numerous Ohio Music Education events, Disney World, and in Chicago and Washington D.C. including a performance on the Millennium Stage at the Kennedy Center for the Performing Arts.

Joe Deninzon has been hailed by critics as “The Jimi Hendrix of the Violin,” because of his innovative style on acoustic and electric seven-string violin.  A musician who transcends many genres, Joe has worked with Bruce Springsteen, Sheryl Crow, Les Paul, Phoebe Snow, Aretha Franklin, and Ritchie Blackmore, and performed for President Clinton. He can be heard on over 100 recordings and jingles as a violinist and string arranger.

Joe is the lead singer and violinist for the progressive rock band, Stratospheerius, and a member of the Latin Jazz string quartet, Sweet Plantain, which tours extensively. Mel Bay books has published  his book/CD/DVD "PLUGGING IN: A Guide To Gear and New Techniques for the 21st Century Violinist." In 2016, Joe debuted “Dream Diary: Concerto for Seven-String Electric Violin and Orchestra” with the Muncie Symphony Orchestra, and world renown violinist Rachel Barton Pine debuted Joe’s composition “The Electric Lake of Soul” at Interlochen Music Festival.

He has taught rock violin at Mark O’Connor’s String Camp and teaches at Mark Wood’s Rock Orchestra Camp, and has made repeated appearances performing with harmonica legend Robert Bonfiglio at the Grand Canyon Music Festival, where Joe co-founded the Grand Canyon School of Rock in 2006, an annual program for local high school students. He also has been involved in the Native American Composers Apprenticeship Project (NACAP), which won the President's award from the National Endowment for the Arts. He continues to travel throughout the world as an on-demand clinician and performer. 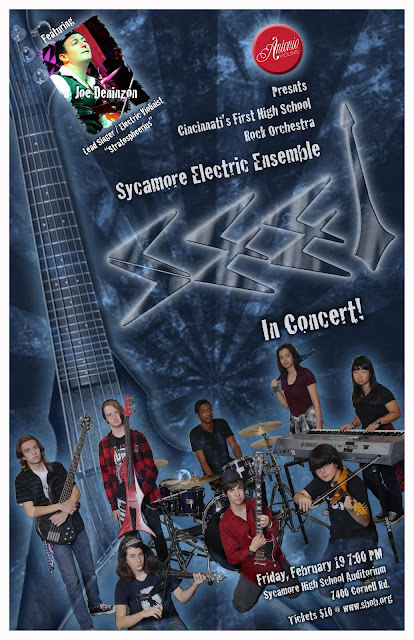 Downloadable flyer to share with friends in Cincinnati and Louisville.

Posted by Anne Leighton at 9:40 PM 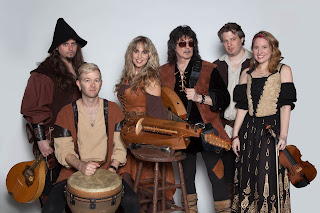 www.blackmoresnight.com
www.facebook.com/blackmoresnightofficial
Blackmore’s Night will be touring in North America this Summer. Look for shows this August in Ridgefield, CT; Arlington, MA, Stroudsburg, PA, and in Wilmington, DE.

Their unique blend of Renaissance themed melodies and some medieval instrumentation is blended with the contemporary sounds of guitars, keyboards, violin and percussion. They transverse time to take you on a musical journey without the stress of today’s tech world into a musical adventure that spans centuries of musical styles.combined with the ethereal vocals and charming legends and fairytale lyrics of Candice Night- it is a fun filled concert suitable for all ages. Many of their fans come dressed in garb or Renaissance costumes to add to the festivities of the evening.

Blackmore’s Night is a true musical and spiritual collaboration between vocalist/multi-instrumentalist Candice Night and her husband, legendary guitarist Ritchie Blackmore. The two met in 1989 when Deep Purple challenged Candice’s then radio station to a charity soccer match.  In 1993 she sang on Rainbow’s DIFFICULT TO CURE tour. They co-wrote four songs for Rainbow’s STRANGER IN US ALL and in 1997 they formed Blackmore’s Night; they continue to play in castles, opera houses, old theaters and UNESCO sites around the globe.

Posted by Anne Leighton at 2:54 AM

Guitarist Gary Lucas and singer Jann Klose’s new album, STEREOPTICON is now out on Cosmic Trigger Records/The Orchard. This is a songwriter’s album, probably most at home with fans of AAA, indie, acoustic folk-pop/“urban Americana” music.

Also active songwriters, Gary and Jann collaborated on songs over the past three years. Their friend Dan Beck, who has written with Dion DiMucci, the Iron City Houserockers, Felix Cavaliere, joined them as lyricist on 6 songs. In September 2014 and June 2015, Jann and Gary recorded 10 songs at New York City’s premiere analog studio The Maid’s Room.

STEREOPTICON can be found on all digital stores, including iTunes at: https://itunes.apple.com/us/album/stereopticon/id1065240432 and on Amazon at: https://www.amazon.com/gp/product/B018ZPIXGE.

DCRocks’ David Hintz writes about the album, "This is quite an exciting collaboration that makes a lot of sense. Lucas is more the veteran creative songsmith and Klose the younger, though well beyond rookie status, singer songwriter. They both understand the trippier original aspects to song structures with Lucas’ resume bordering on unbelievable as he has worked with Captain Beefheart, Peter Hammill, and Bryan Ferry.”

STEREOPTICON is produced by Jann, Gary, and Dan, who call themselves “Dr. Tre.” The album was engineered by Jack McKeever (Joan As Police Woman, Anna & Kate McGarrigle) and Jason Candler (Queen Esther), who also plays soprano sax on “Nobody’s Talking” and tenor sax on "Well of Loneliness." STEREOPTICON was mastered by Ben Kesler (Robert Randolph and the Family Band).

Gary’s co-written hits with Joan Osborne: “Spider Web,” and Jeff Buckley’s signature songs “Grace” and “Mojo Pin” from the singer’s double platinum album, GRACE. He’s worked extensively with Captain Beefheart. ROLLING STONE says Gary is, "One of the best and most original guitarists in America...a modern guitar miracle.” He just received the Premio Ciampi Lifetime Achievement Award in Italy, named for one of Italy's most famous songwriters. In 2014, Gary received the Ambassador's Award for Cultural Diplomacy from the US Consul General of Milan. His long-awaited GARY LUCAS’ FLEISCHEREI: MUSIC FROM MAX FLEISCHER CARTOONS is now available on Cuneiform Records. He is currently collaborating with Steve Kilbey (The Church), and Chris Shinn (new lead singer of Live), and was (this fall) Music Director of "State of Grace,” a multi-artist Australian tribute to Tim and Jeff Buckley.

Born in Germany and raised in Kenya, South Africa and the United States, Jann Klose is currently collaborating with Ann Hampton Callaway, Renaissance’s Annie Haslam, Hall & Oates’ John Oates and The Yardbirds’ Jim McCarty. In 2015 Jann and his music appeared in the short film THE BEAUTY OF DISASTER (Glimmer Girl, USA) and the award-winning Australian feature documentary A VENUE FOR THE END OF THE WORLD (BrinkVision, USA). His most recent album, MOSAIC won three 2014 Independent Music Awards and charted for several months on the AMA and Roots Rock charts.