Rebecca's latest album GIVE UP YOUR GHOSTS (on Austin's Blue Corn Records) features GROWING UP, a collection of poignant observations on how things change.  Sounding like one of Ed Sheeran's waltzes, GROWING UP''s hook "growing old, getting over it."

Then it’s off to Europe, including her March 31 show in London at The Green Note.
P.S. Rebecca's looking forward to opening for Suzzy Roche & Lucy Wainwright Roche Cookout Concerts in Novato CA 6/2! http://tinyurl.com/yytveyra 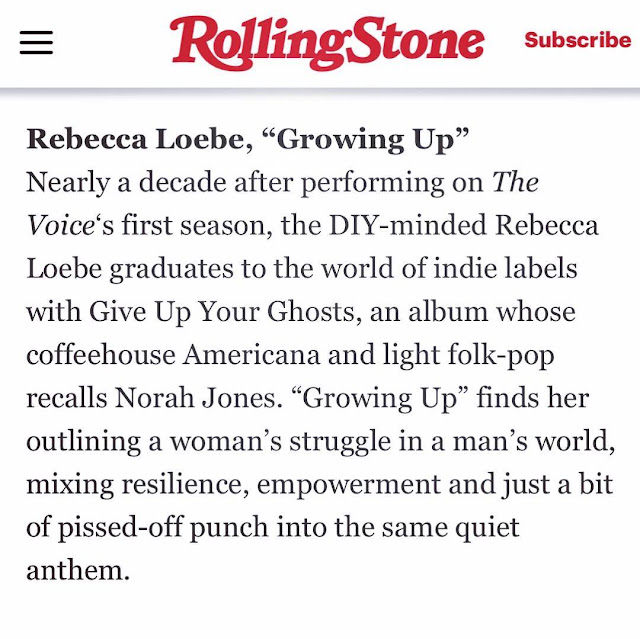 Bird Streets is John Brodeur's new project, with production from Jason Falkner (Jellyfish, TV Eyes). John is also in Austin.  Newly signed to Omnivore records, the label is ripping him for syncs, and I'm plugging his songs. Listen to "Betting on the Sun," which is sounds like Elvis Costello meets Brian Wilson.

Rachael performs in London on May 16 at the Bedford.
Next week she's releasing an acoustic album  (PSEUDOMYOPIA) of songs from her current full band collection: MYOPIA.

"Alive" is such an upbeat song, listing topical possibilities "including microfilm being pulled out of the archive," " the olympics where nobody ever cheats!"  She mentions Frida Kahlo,  and the hook "IT’S GOOD TO BE ALIVE."


Listen to Some of our Spiritual and Holiday songs at: https://soundcloud.com/leightonmedia/sets/seasonal-christmas-hannakah.

Posted by Anne Leighton at 5:33 AM 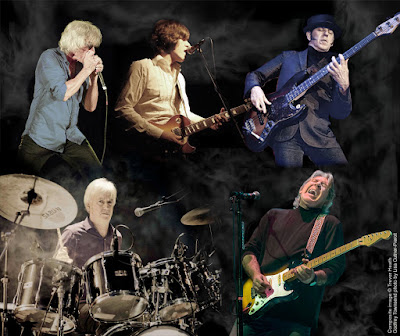 The Yardbirds, the band that spearheaded the British Blues Boom of the 1960s, the band that brought the world Eric Clapton in 1963, Jeff Beck in 1965 and Jimmy Page in 1966 (who played in the band with Beck for four months), the band that continues to inspire artists worldwide, will tour the East Coast starting March 14 in Old Saybrook, Connecticutt.

The current  lineup includes critically-acclaimed original drummer/composer Jim McCarty, lead vocalist/rhythm guitarist John Idan, whose tenure with the band began in 1992, bassist Kenny Aaronson, who’s lent his considerable talents to Billy Idol, Joan Jett, and Hall and Oates over the years, lead guitarist Godfrey Townsend, an amazing player who has performed with numerous rock luminaries including John Entwistle and Jack Bruce, and Myke Scavone, (who is also lead singer in The Doughboys) on harp, percussion and backing vocals.

Known as much for their strict allegiance to the blues as for their international chart-topping hit “For Your Love,” The Yardbirds have never lost their drive and jet-propelled beat, due mainly to Mr. McCarty. Their “Train Kept A’ Rollin’” inspired Aerosmith to tackle the same song. Their early forays into heavy rock inspired Page to form his own band, originally named The New Yardbirds, but ultimately named Led Zeppelin.

The Yardbirds, electrifying, eclectic and way ahead of their time, melded heavy rock, wild jams, the blues, and an improvisatory feel, and continue to influence generations of bands and artists. Go to a Yardbirds show and you'll find crowds filled with 20-somethings to baby boomers all thrilling to this band's legendary power.  Watching The Yardbirds in action is experiencing rock’n’roll history.

Posted by Anne Leighton at 5:55 PM