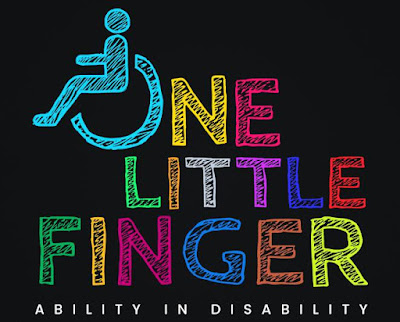 Raina, an American neurologist, uproots her life to research music therapy in India, and finds herself teaching children and adults with disabilities. By bringing them together through music and inspiring them to challenge themselves through their abilities, their lives are transformed.

Den and Angel, though they are disabled, want to contribute towards the betterment of society by overcoming their physical challenges. As they come of age, they must learn to cope with abuse and bullying. Their lives intersect with Raina, who is struggling to further her research.
Raina’s philosophy and life changes while she is in India, where she is touched by the beauty of the culture and the stories of children with disabilities. Through her experience, she understands that balance of mind, body, and soul are vital in realizing the true value of life. Disability is a perception; ability is what we believe.

Written and Directed by Dr. Rupam Sarmah, a multi-talented singer-songwriter, filmmaker, social entrepreneur, and computer scientist. He has produced and directed award-winning movies, charted #1 in billboard and a holder of Guinness World Records®. Kevin Mackie, a Grammy® Winner and an Ambassador for the UNESCO Center for Peace, USFUCA, is the Executive Producer for the film.
Says Dr. Sarmah, “’One Little Finger’ is not just a film, a movement, to break the barriers of the stigma of the word disability. All it takes is a change in perspective, a change in our mindset! Disability is only what we perceive, Ability is everything of what we believe!”

Please, let me know what music services you need.  We have Christmas songs. My artists run the gamut of session players and composers--notably the incredible string player Joe Deninzon, keyboardist Phoebe Legere, Grammy-nominated Gary Lucas....  I'm pleased that one of the projects I supplied some talent for--ONE LITTLE FINGER-- won a number of awards, most notably The World Peace Initiative--Best Film in Cannes.

AMERICAN HEART Jaclyn Bradley Palmer:  Dark patriotic pop, inspired by my love for America, yet sadness over its current state.  The slow-paced beat piano and EDM is strong and hopeful.  Like pop Billie Eilish mixed with the dark folk pop of Phoebe Bridgers.

STAR SPANGLED BANNER Carmine Appice, Tim Bogert & Friends: Only use music between :17 and 3:50) Soulful Hard rock version of the Francis Scott Key song.  Traditional lyrics of “Star Spangled Banner”  to 2:28, and then part of “The Pledge of Allegiance,” and shouts of “Freedom!” “United as One!” “Government for the People!"


PLEDGING ALLEGIANCE Michael Veitch:  Acoustic music about how easy it was to pledge allegiance to an America that once was.  Old school imagery of Hollywood, cars, sending men to the moon, learning to shoot.  Then things changed to the point money went south, and food taken from the babies’ mouths, and vivid descriptions of climate change. Cross between David Crosby and Marc Cohn.


POPULAR Rebecca Loebe:  Sweet and gentle song, reminding us that everyone has felt unpopular. Fact is, “it’s not about you anyway.”  Her voice is like a soprano Dar Williams, gentle pop arrangement with tambourine.  This song helped get Rebecca on the bill for Mountain Stage this September.
Posted by Anne Leighton at 6:16 AM