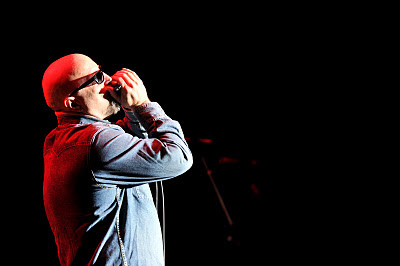 More Information
“We are thrilled to have The Fabulous Thunderbirds as part of the Severn family and to have the opportunity to give Kim and the band’s music a home,” said Severn Records president David Earl. “Their style will fit in perfectly with what we do and we are looking forward to the first studio sessions in the creation of a new Thunderbirds album.”

“I’m really excited about being a part of Severn Records,” said Kim Wilson. “We have a great rapport with David Earl and I feel at home already. The creative family atmosphere he provides is something that is very rare in any business these days.”
Founded in Austin, Texas, in 1974, the Grammy-nominated Fabulous Thunderbirds have evolved over the years from the group’s original blues sound. “We started as a straight blues band,” said Kim Wilson. We now incorporate a mixture of a lot of different styles. We’re an American music band and we’re much higher energy than we were before. To be in the T-Birds, you need to understand the different styles of music and different ways of playing it. You have to be willing to adopt a more contemporary style. The guys we have now are able to do that.”

Through consistent touring and the release of such landmark albums as Butt Rockin’,
T-Bird Rhythm, Tuff Enuff and Powerful Stuff, The Fabulous Thunderbirds garnered international stardom with the hit singles, “Tuff Enuff,” “Wrap It Up and “Look at That.”

The Fabulous Thunderbirds are managed by Skip Taylor of Two Goats Entertainment and booked in the U.S. and Canada by Bill Monot at Paradise Artists. The band has an upcoming tour of Australia in April, 2012 and will also support the release of their new Severn Records album with extensive touring in both the U.S. and Europe.

For more information on The Fabulous Thunderbirds, visit www.fabulousthunderbirds.com.
- 30 -
Posted by Anne Leighton at 12:43 AM