"GET UP AND DANCE TO THE MUSIC" shouts trumpet player Cynthia Robinson as saxophonist Jerry Martini wails and drummer Greg Errico pound "peace, love, and psychedelic soul into their music."  These life-long friends from San Francisco were the enthusiastic backbone and founding memebers for Sly and the Family Stone in the 1960s, through their August 17, 1969 appearance at The Woodstock Music and Art Festival, and the '70s'-laden riot that was going on within the group.

In the end it paid off for The Family Stone, even with occasional reunions w/ Sly at the band's induction into the Rock and Roll Hall of Fame (1993), 2006 GRAMMY Awards, and the R&B pioneer awards. In between it all, ROLLING STONE magazine ranked this loud psychedelic clothing-clad band 43rd on their list of the 100 Greatest Artists of All Time. Cynthia and Jerry toured with Prince in the 1990s. STARBUCKS' Hear Music Label released a tribute album, "Different Strokes by Different Folks" in 2005, including The Roots, Maroon 5, will.i.am, Steven Tyler.  In 2007 the group was inducted into the Vocal Group Hall of Fame. In 2011 The Famiy Stone returned for the Woodstock Weekend 43rd Anniversary at Bethel Woods Ampitheater on August 15, 2011, and Jerry Martini & Cynthia Robinson were asked to sit in at Las Vegas' iheart festival with Steven Tyler & Jeff Beck Sept. 2011. This year, the group is the subject of a TV ONE profile for the show, "Unsung."

Sly and the Family Stone have recorded five Billboard Hot 100 hits which reached the top 10: "Dance to the Music," "Everyday People," "Hot Fun in the Summertime," "Thank You (Falettinme Be Mice Elf Agin)"/"Everybody Is A Star," and "Family Affair." Some of their other hits are: "I Want to Take You Higher," "Stand!," "Sing A Simple Song," "You Can Make It If You Try," and "If You Want Me To Stay."

The group's albums, especially DANCE TO THE MUSIC, STAND!, and THERE'S A RIOT GOING ON greatly influenced the sound of American pop music, soul, R&B, funk, and hip hop music.

The group also pioneered topical and social issues in the 1960s when segregation filled the United States with angst, violence, and headlines.  Sly and the Family Stone sang against raciscm, discrimination and self-hate, and is said to have been the first first-inter-racial band, and group with male and female instrumentalists.

The current lineup of The Family Stone features Cynthia, Greg, and Martin, plus singers Alex Davis and Trina Johnson Finn, guitarist Nate Wingfield and bassist/musical director Blaise Sison. This line up has been the most consistent for the past seven to ten years, and heard and seen by over half-a-million people the Europe and the United States.  Says Lincoln Center's Director of Programming Bill Bragin, The Family Stone's "energetic performance galvanized a large, enthusiastic, multi-ethnic, and inter-generational audience of “Everyday People” that truly embodied the groups inclusive philosophy."  POLLSTAR writes, “The Family Stone delivered tight grooves and endless hits that kept the audience on their feet all night.  The band is powerful, fun and still fun." The Family Stone is a party you will never forget"

Posted by Anne Leighton at 1:51 AM 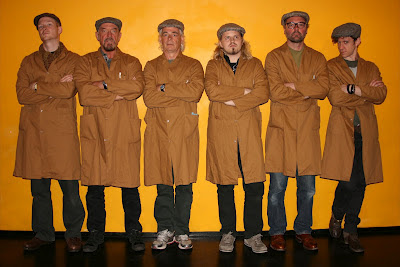 Ian Anderson will be performing both his composition THICK AS A BRICK in its entirety for the first time since 1972, and his new album, THICK AS A BRICK 2 for a world tour, commencing in the UK in Mid-April. Then, it's on to Europe and the United States from September through November.

This tour will feature a more theatrical production with video and additional musicians, including Ian's band: bassist David Goodier, keyboardist John O'Hara, drummer Scott Hammond, and wunderkind guitarist Florian Opahle-- all of whom have performed with Ian on his solo dates over the years as well as having performed at various times as members of Jethro Tull. British singer Ryan O'Donnell, who has been active in the UK theatrical scene will also be singing. Ian added the young performer as he wants to perform vocals and instrument parts as they appeared on the original THICK AS A BRICK.

TAAB2 answers the question 40 years later, whatever happened to Gerald Bostock (the person credited with writing the lyrics for THICK AS A BRICK, which hit number one on the US Billboard Pop Albums chart. With the first THICK AS A BRICK, Jethro Tull broadened rock beyond the limitations of the short song format).  Ian Anderson says  “Part two” gave him a chance to wonder, “how we baby-boomers look back on our own lives, and often feel an occasional 'what-if' moment. Might we, like Gerald, have become instead preacher, soldier, down-and-out, shopkeeper or finance tycoon?”

Since 1972, the original THICK AS A BRICK has never been performed in its entirety although a few minutes of the material have been a regular repertoire staple in both Tull and IA solo shows over the years.

After 44 years of leading Tull to 54 countries worldwide and over 60 million albums sold, Ian Anderson celebrates these true progressive rock classics with old and new fans across world-wide. Ian is known as the flute, voice and composer of the legendary Jethro Tull which formed in England in 1968. Since their first performance at London's famous Marquee Club in 1968, the band has released 30 studio and live albums and earned a prominent place in rock history.

Posted by Anne Leighton at 9:24 PM

Jann Klose at the Rockwood Music Hall, June 23 and 30 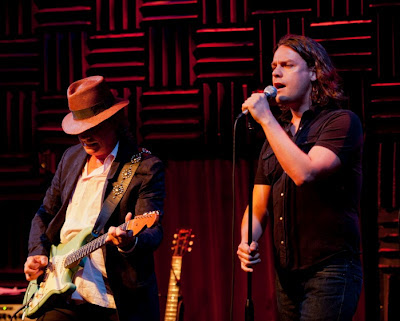 
These shows will include special guests.
Confirmed on both June 23 and June 30 is Gary Lucas (Captain Beefheart, Jeff Buckley), who is writing songs with Jann for his upcoming album, which is being produced by David Bendeth (Paramore, Papa Roach, Bruce Hornsby).

Jann's music is heard on the Grammy-nominated ‘Healthy Food for Thought” compilation and MTV Cribs.

Writes the Washington Post, "Klose wins over the listener with his soaring voice, which may well be a staple of chamber pop for a long time to come.” 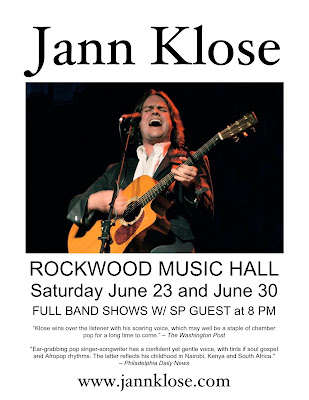