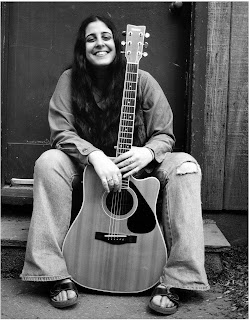 WDFH, community public radio for the lower Hudson valley, will inaugurate its new studio with a special broadcast of live performances by musicians from our region. The broadcast will take place on Saturday, March 12, starting at 8:00 p.m.

WDFH's long history has resembled a roller coaster. Marc Sophos, the station's founder, spent about 20 years -- starting in 1973, when he was a student at Dobbs Ferry High School -- to secure the station's broadcast license from the FCC. Since WDFH's first broadcast in 1995, the station has built studios and then lost them twice, most recently in 2006. Its transmitter has been shuttled from location to location. The station was even forced off the air entirely for nearly a year in the late 1990s.

But recent events have enabled WDFH to rise from the ashes. In January
2009, the station completed a 7-1/2 year project to expand its FM
signal, increasing the number of potential listeners to 400,000, forty
times more than it could reach earlier. In 2010, a donation from a
community minded supporter enabled the station to acquire space to build
a new studio. The studio, completed in September, includes vastly
upgraded equipment from the studios of WQXR, donated to WDFH in 2010 by
The New York Times after the legendary classical music station was sold
to WNYC. This is the first time in the station's entire history that it
has had a viable signal and a studio at the same time. Mr. Sophos
started training volunteers in the studio during the fall, and just
recently, the first live broadcasts on WDFH since 2006 took place.

"This is a very exciting time for us," said Vinny Cohan, a longtime WDFH
volunteer who hosts a music program on Saturday evenings at 9:00.
"We've spent the past few years laying the groundwork, and it's
thrilling that the pieces are finally coming together to create this new
beginning." Mr. Cohan and fellow program hosts Dave Foster (Tuesdays at
7:00 p.m.) and John Dyer (Thursdays at 8:00 p.m.) share their deep
knowledge and play music from WDFH's library of more than 100,000
recordings. These programs are repeated at various times during the
week. The station broadcasts a freeform mix of rock, folk, blues, and
jazz, and plans to introduce new music hosts in the coming months.

Mr. Sophos said that in an age when musical entertainment has moved to
computerized radio stations and online services, it's refreshing to hear
the occasional crackle of vinyl records and to realize that there's a
real human being choosing the music personally. "It's a rarity these
days," he said. "Many radio stations today broadcast a song rotation
chosen by a computer and played off a hard drive. That's part of the
reason that many people have turned to online music; they figure that if
radio isn't giving them music chosen thoughtfully, they might as well
customize their own playlists. But something really important has been
lost, and I think that a lot of people are starting to realize that.
We're a proud throwback to an earlier age, when radio meant records and
CDs and a real person carefully choosing what music to play. We curate
our presentation of music in the way that a museum curator creates an
exhibit -- with a human touch. Computers can't do that."

While the station is working to increase the number of volunteer music
program hosts, it is also creating new public affairs programs. On
January 19, it launched Village Green, a new weekly program about
environmental sustainability hosted by Maxine Margo Rubin. It has just
started work on a program that will give voice to LGBT youth. More
original programming is in the planning stages. Continuing public
affairs programs include Recovery Talk, hosted by journalist Robyn
Leary; the show explores recovery from addiction, trauma, illness,
domestic violence, and more. In Focus, a local news discussion program
hosted by WDFH veterans Jane Botticelli and Mr. Cohan, features in-depth
reporting by Gary Cahill, the publisher and editor of The Gazette. The
show focuses on Ossining, Briarcliff Manor, Cortlandt, and Croton. WDFH
is now exploring possibilities for the expansion of the program to cover
a wider range of communities. The station also carries public affairs
programs from independent producers and the Pacifica Radio Network,
including the daily news programs Democracy Now and Free Speech Radio News.

The live inaugural broadcast on March 12 will mark WDFH's official
celebration of its new beginning. Musical guests will include the
critically acclaimed singer-songwriter Jann Klose, who will be making
his debut on WDFH. He has performed with or opened for Annie Haslam and
Renaissance, Marty Stuart, Willy Porter, Pete Seeger, Melissa Ferrick,
Marshall Crenshaw, Rosanne Cash, and Les Paul. Also performing will be
Starnes&Shah, the duo of Zilpha Starnes and Dania Abu-Shaheen, joined by
bassist Nick LaBate. Ms. Abu-Shaheen has performed several times on
WDFH, first with her three-piece combo including Sarah Nurbhai on violin
and Matt Noble on bass and later with her band The Antics.

"We're delighted to have this chance to showcase musicians from our
local area," said Mr. Sophos. "We have some very good public radio
stations with signals that can be heard in our area, but their
programming focus is elsewhere. WDFH is based right here in the lower
Hudson valley, our volunteer staff comes from here, and our programming
is intended to serve our local interests, not those of the city."

He added, "Visits from musicians were a regular part of our programming,
but when we lost our studio in 2006, everything came to a stop. Now
that our new studio is up and running, we'll be working to regain our
position as a leading forum for live performances and in-depth interviews."

WDFH, which is nonprofit, noncommercial, and powered by volunteers, is
supported by tax-deductible contributions from the public and local
businesses. It is working to develop other funding sources as well, and
once it reaches $100,000 in local funding, it plans to apply for grants
from the Corporation for Public Broadcasting.

The live broadcast on March 12 will be attended by an invited audience
of WDFH's friends and supporters. A limited number of invitations will
be offered to new donors who make tax-deductible contributions of $150
or more. Mr. Sophos said that the station is encouraging people to
donate early because space at the March 12 broadcast is limited.

WDFH is the lower Hudson valley's only community public radio station.
The station's parent organization is Hudson Valley Community Radio,
Inc., a local nonprofit organization that is tax exempt under Section
501(c)(3) of the Internal Revenue Code. WDFH is an affiliate of the
Pacifica Radio Network and is the lower Hudson valley's on-air source
for Democracy Now! and Free Speech Radio News. The station can be heard
at 90.3 FM in central and northern Westchester and eastern Rockland. It
can also be heard anywhere online at http://wdfh.org. A separate audio
stream is optimized for iPhones and other mobile devices.

WDFH is also seeking volunteers to create programming and work behind
the scenes. Anyone interested in joining the staff should visit
wdfh.org and click on the "volunteer" link.