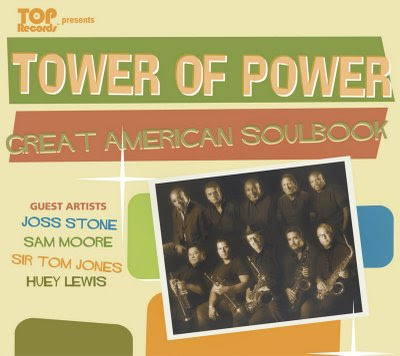 Tower of Power's "Great American Soulbook" album, which features covers of classic soul songs has entered Billboard's Contemporary Jazz Charts at Number 3. It is the highest placing debut album of the week. The album has also entered the Soundscan Jazz charts for record sales at Number 6.

Cevin Soling says Columbine Massacre did not have to happen, April 20, 1999

CEVIN SOLING, DOCUMENTARIAN OF THE WAR ON KIDS AVAILABLE AS A SOURCE ON COLUMBINE MASSACRE

Cevin Soling says the attack 10 years ago on April 20, 1999 at Columbine High School, in Littleton, CO did not have to happen.

Soling observes that security measures that have been used by schools in response to Columbine were already in place at Columbine at the time of the shootings. “Creating an oppressive environment replete with security cameras, locker searches, dress codes, zero tolerance policies, unfettered pharmacology, and an authoritarian culture of suspicion can instill psychosis in students. Schools across the country have adopted these tactics, and it doesn’t work.” Soling believes that it is no surprise that numerous school shootings have taken place since Columbine. “To adjust to this stifling atmosphere, many students are prescribed drugs some of which have side effects that include mania. Such was the case of Eric Harris.”

Soling talked with students currently at Columbine High School for the making of his documentary, THE WAR ON KIDS. They, and other students across the country, complained about the prison-like state that schools have become. In the film, principals and politicians complain that security in school has become the major focus of attention and resources even ahead of education.

Pharmacological abuse and the indiscriminate medicating of youth, Soling argues, have exacerbated much of violence. Most recently in the April 14th issue of USA Today, Soling claims “writer Greg Toppo outright lied when he reported that neither Columbine shooters were on anti-depressant medication when in fact Eric Harris’ autopsy revealed that he had therapeutic levels of Luvox in his system.”
(See: http://www.acolumbinesite.com/autopsies/eric9.gif)

Soling adds, "I'm very concerned about the misinformation being disseminated by the media about Columbine, the state of public schools, and prescription drugs. Almost everyone gets it wrong by examining individual participants rather than looking at the bigger picture and seeing the problem lies with the institution itself.”

Cevin Soling, who is a Masters candidate at the extension school at Harvard University, is working on a second installment of THE WAR ON KIDS to focus on the silent movement to deprive youth of all civil rights. He has produced and directed a number of award-winning films including the documentaries A HOLE IN THE HEAD, which was broadcast on Discovery and The Learning Channel, and URINE: GOOD HEALTH. Other works include the feature film, THE WAR ON THE WAR ON DRUGS. He has also created a number of animated works, including THE BILL JOHNSON SHOW, BORIS THE DOG, and CAPTAIN STICKMAN.

THE WAR ON KIDS is a 95-minute documentary that shows how American public schools continue to become more dangerously authoritarian. In addition to failing in their mission to provide education, they erode the country’s democratic foundation by denying the most basic civil rights to youth and often resemble prisons.

The Columbine Massacre occurred April 20, 1999, in the suburban town of Littleton, Colorado. High-school seniors Dylan Klebold and Eric Harris planned to kill hundreds of their peers, and ended up murdering 12 students and one teacher before killing themselves.
Posted by Anne Leighton at 1:23 AM