Here are songs from my Classic Rock Artists.

CHANGE WILL COME by Elliott Murphy
Springsteen-ish in tempo akin to “Badlands.” Harmonica with jangly guitar, drums, keyboards, bass. Theme of a noble effort to please a girl more than his career. (Smithereens drummer Jim Babjak plays drums on this)

ROAD GAMES by Allan Holdsworth (w/ vocals from England’s Paul Williams)
Seeing mirages along the road on a hard journey.  Has a rock / fusion Rush vibe.

LUCKY STARS by Dean Friedman & Denise Marsa
Duet song; the woman confronts him in a teasing kind of a way about an old flame, and they both resolve to thank their lucky stars that “we’re not as smart as we’d like to think we are.”

Posted by Anne Leighton at 3:36 AM

Billy Joel has been cheerleading for Elliott Murphy for decades. The two have been spotted together, recently, in favorite showcase venues.

On Thursday night, Nov. 8, Billy inducted Elliott and Jimmy Webb into the Long Island Music Hall of Fame at Westbury Space. He said, “His songs are honest and literate and pure, and those songs have attracted audiences far beyond his country.  I’ve long envied his bravery and integrity, and I’ve always admired his lyric skill.”

Elliott’s tour will include an anticipated performance at The Kennedy Center in Washington, DC, plus shows in Manhattan, Piermont (Nyack), Port Jefferson, and Amaganset. Tour dates below.

Originally from Garden City, Long Island, Elliott Murphy rose to national prominence with the release of his debut 1973 album Aquashow, when critics declared him, along with Bruce Springsteen, John Prine and Loudon Wainwright III, the new Bob Dylan, even though the original was still only in his mid-thirties. When asked if he considered the “New Dylan” tag to be a curse, Murphy often reminds interviewers that, “… all of us singer-songwriters, who were pushed into that estimable club, seem to be still working. So more than a curse it’s a guarantee of life-time employment!”

As well as having released over 35 albums in a career spanning 45 years, Elliott Murphy is a prolific writer of fiction with two novels and numerous collections of short stories published in Europe. One of his earlier stories is currently being made into the film Broken Poet and will feature Elliott Murphy in his first major acting role. Cast members include the legendary Marisa Berenson, Academy Award nominee Michael O’Keefe, and acclaimed French actress Joana Preiss. A Spring 2019 release is projected for Broken Poet by award-winning Spanish Director Emilio Barrachina. Elliott’s most recent album, PRODIGAL SON, (Murphyland Records) garnered 4 stars in French Rolling Stone.

In 2015 Elliott Murphy was awarded the Chevalier des arts et des lettres medal by the French minister of Culture.

Posted by Anne Leighton at 3:26 AM 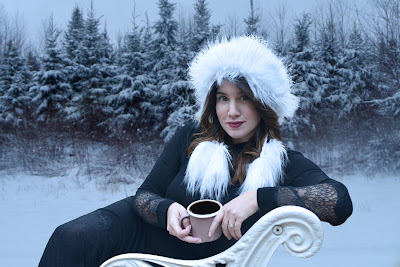 The magnanimous Americana/Singer-songwriter Jaclyn Bradley Palmer competed on The Voice of Holland (the TV show that originated The Voice) and was the only American selected for the show. She and her music have appeared on Vh1, MTV, Bravo, HGTV, and TLC. (She also appeared regularly on the reality series, BREAKING BONADUCE!)

HAPPY DECEMBER is an ode to all winter holidays and a wish for joy regardless of creed. “I couldn’t think of any holiday song that incorporated Christmas, Hanukkah, New Year’s and Kwanzaa into a single song,” said Palmer, “so I decided to write one. It celebrates the fact that we are far more alike than different.”

Recorded in The Netherlands, DECEMBER includes a duet of O HOLY NIGHT with Jeroen Robben, who played “The Beast” in the Broadway production of Disney’s Beauty and the Beast. 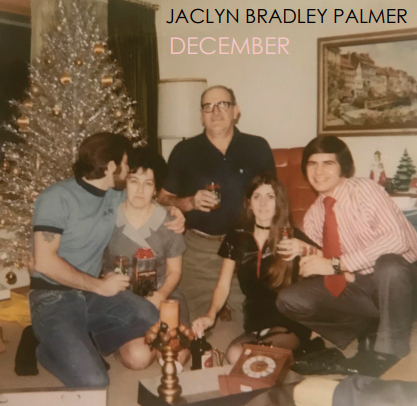 Posted by Anne Leighton at 2:26 AM

Palmer received her vocal training in opera from Indiana University and later became a singer-songwriter in Los Angeles where her music was licensed for TV and film. The new record, which combines holiday classics with original compositions, is a nod to her diverse musical background. “I have been longing to create a holiday album for many years and am so happy with the result,” shared Palmer. “Every winter, the music of Nat King Cole and Johnny Mathis filled my house and really made the home feel like Christmas.  I wanted to contribute to this musical tradition of bringing on holiday cheer in the same way.” 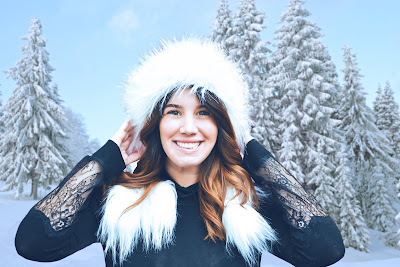 The album was recorded in The Netherlands and includes many guest appearances and collaborations with other singers and musicians, including a duet of O Holy Night with Jeroen Robben, who played “The Beast” in the Broadway production of Disney’s Beauty and the Beast. Palmer’s daughter, Roma, age 4, can also be heard on the album’s last song, Happy Christmas Reprise.

The opening track, Happy December is an ode to all winter holidays and a wish for joy regardless of creed. “I couldn’t think of any holiday song that incorporated Christmas, Hanukkah, New Year’s and Kwanzaa into a single song,” said Palmer, “so I decided to write one. It celebrates the fact that we are far more alike than different.”

The album’s vintage cover is a homage to Christmas past- an old 1971 photograph of her parents, Jack and Debora Bradley, celebrating the holiday with her uncle, Dennis DelBoccio, and grandparents, Sarah and Dominic DelBoccio- all of Lorain! “When I was home visiting my parents in the Fall, my mom and I went through hundreds of old photographs, searching for a perfect album cover, said Palmer. “I was initially looking for a childhood photo of myself that would be a throwback to holiday tradition and memory, yet when I saw this one, I cried and said, ‘this is what Christmas feels like to me.’ At that moment, there was no question what the album cover would be.” 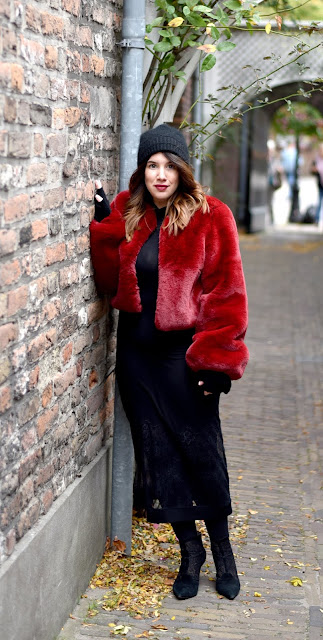 Last year, Palmer was featured on The Voice of Holland (the TV show that originated The Voice) and was the only American selected for the show. She and her music have appeared on Vh1, MTV, Bravo, HGTV and TLC.  Her award-winning music videos have been named official selection at the Orlando Film Festival, Amsterdam Lift Off Festival, Utah Music Awards (which she won!) and Dances with Films in Hollywood where her latest work premiered at the famed Chinese Theater. Cleveland magazine labeled Palmer one of the area’s “most interesting people.”

The new Christmas album, December is available for download and streaming on mediums such as iTunes, Amazon, Spotify, and albums can be purchased through the artist’s website: www.jaclynbradleypalmer.com.