please spread the word: It's good to talk with your federal representatives 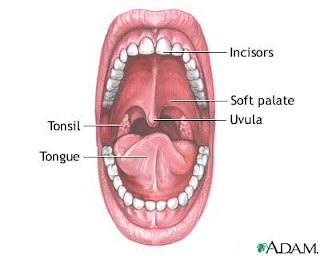 This is your mouth on open--Use it!

I want to start by writing that I think most of my Facebook friends are smarter than many people who work in TV news. I am seeing that many news folks are sensationalizing unfacts or how people react at Town Halls. We need to spend time getting to the source for news stories, the web has a lot of information related to most of the news stories. We can actually go to sites like http://thomas.loc.gov/ to read pending legislation, works that are still in committee, and also get the voting record of the folks in DC. After that, we can contact our legislators (thomas.loc also has leads to each legislator at every State.)

I spoke with aides at Eliot Engel's (my congressman) and Kirsten Gillibrand's (one of my senators) offices. Both stated that the Public Option is still in both bills. The Senator's office stated that a lot of work still needs to be done in creating the first bill for insurance reform, including regulation for the insurance agencies. The companies don't want that regulation because they want to make more money. But aren't you sick of spending money to companies who act entitled to everything, but don't value their customers?

My younger brother is a Republican, who worked in Washington, DC in the '80s. He continues to follow current events. He will publicly state the bad customer service practices of insurance companies, and knows they have to be reigned in and regulated. His wife, who works in hospice, also knows that freedomworks is not doing right by the American people by stating the government is going to help Granny die. There is no Death panel for anybody in any of these bills before Congress.

After you chat with your representatives, have them answer your questions, and give insight to what's in these bills, which are still being worked on. Then I urge you to talk with friends and family in different parts of the country. URGE them to call their federal representatives with questions. Urge your friends to urge your federal representatives include the public options for health care. I'm a New Yorker--we have our health care taken care of through a sliding scale. We can have check ups, and pay what we can afford whenever we have cash on hand. It works, and most New Yorkers are very supportive of this. This health care system is one of the reasons that New York City is an extremely productive community.

But there are folks all over this country who are not lucky enough to have the benefits that New Yorkers have. I want the same compassion for them.

Understand that when people are not flooding their hard-earned money to life Insurance company executives' extravagances, they will have more money to spend. It's also okay for a little bit of "sin" tax on sweets and sodas--we know that's extra.

We also should not construe "socialism" with investing in our needs or helping our neighbor. As I see it, more recent than how our country was founded was the way our country was built. If someone's house burnt down, our great grandparents would have helped them rebuild their house. And what the heck, if you consider paying taxes to help the poor people to be socialism, then get to know a poor person-- be social; you'll want to help them after you get to know them. Believe it or not, some of my best friends and I are financially-challenged. But boy are we smart, resourceful, and we can teach the richest person something about budgeting!

The poor people paid their share of taxes to help America hurt other countries. Let's have them get helped because everyone is productive in this country.

Something I realized is the amount of service that many poor people give to the very well-to-do. From waiters and shop workers who sell cigars to auto mechanics, and contractors, even publicists--people are very much of service to rich people. They are only paid a certain amount of money for their work. Making sure everyone gets health care will allow the rich to continue paying whatever they currently pay, while the people who service them will keep their health, and also keep money flowing. That's capitalism, and actually very close to what Adam Smith had intended.

Please think about what the news is saying, and get some answers from your representatives. And remember, Health Care Reform--part one, Insurance Reform is going to take some time to get into a passable amendment, and then take into effect. A lot of our elected officials have not given up on it. Keep after these folks the same way you would go after a job or something else that would benefit you.

Location for Congress bill: http://thomas.loc.gov/cgi-bin/bdquery/z?d111:H.R.3200:
(note: that Congress.gov will be undergoing maintenance on Sunday, August 30, and will be back online at 7 PM)
Posted by Anne Leighton at 11:53 AM