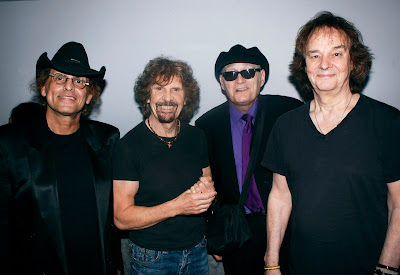 Both bands played shows in New York City (August 5 and 6) at the Highline Ballroom and will be performing in Washington DC at the Howard Theatre (August 9).

Blunstone says, " It was great playing with The Left Banke....great tunes, lovely people!"
Tom Finn and George Cameron were equally impressed with the Zombies.

Posted by Anne Leighton at 2:44 AM