I'm recruiting you to to edify, exhort, and comfort other women, and team up with other women to make a difference.

This is an opportunity to find out what we can do to improve equality for women in North America. It's essential that we ratify the Equal rights Amendment for the US Constitution.

Also, let's treat people right. No more believing the lies guys and women say about us. We can use social media to tell the truth. Be there for friends that are asking for help. Women, let's not help lazy men. Either help other women, or just help yourself.

Take classes. Teach. Learn the difference between kindness and hurt. Elevate yourself.
Posted by Anne Leighton at 7:18 PM

I'm writing about the 100th Year of Women voting for Sunday YouTube editorial for the Leighton Inclusion. In addition to promoting the Sunday afternoon post, I celebrate Nelson Mandela's birthday with a new musical instrument that I'll be using on a song I'm recording starting in August. (I'm working on a spoken word album.)

Talk with you soon!
Posted by Anne Leighton at 3:51 AM

ProgStock Festival, the American Northeast’s Only International Progressive Rock Festival, is proud to bring you the ProgStock Presents Virtual Series.

The pandemic has closed music venues and brought in-person live music performances to a screeching halt. We don’t know how long we will have to wait before it will be truly safe to stage a festival, but we will be back! Meanwhile, we will be bringing music right to you with some great shows from artists performing live in their homes or home studios. The series will be presented every Saturday night, 5PM – 11PM US Eastern, starting on August 1, 2020. Confirmed dates are also August 8, 15, 22, and 29.

The individual performances on StageIt are separate shows. Audience members will purchase a ticket to each performance individually, not the whole night as a block. Some shows will be 45 minutes and others will be 90, so we may have as few as three shows or as many as six on each Saturday night.

StageIt is all about experiencing music in the moment, duplicating the live music experience as closely as possible. You have to be there to see it, just like you would in a venue, so shows are only available on their site during the performance window. Some of our artists may choose to capture their shows and make them available later on some other service and the ProgStock Festival crew may even capture some of the shows – with artist permission, of course – but the shows will not be available on StageIt outside the show window.

Norfolk, Virginia – The small businesses in Virginia today received a major endorsement for their hand sanitizer project from progressive rock and roll legend Ian Anderson, founding member of the band Jethro Tul for their efforts producing  an all “made in America” hand sanitizer.

The Virginia Hand Sanitizer consortium coordinated by the Center for Applied Innovation, LLC (CAI) in Yorktown, Virginia has been coordinating formulation and sales of 80% World Health Organization hand sanitizer to government agencies as well as donating thousands of gallons to first responders, healthcare workers, local charities and other during and following the COVID-19 pandemic.

distribute volume production of sanitizers to regional health and emergency workers by leveraging Virginia distilleries, breweries, beer distributors, cider makers, and wineries to support this effort. The consortium provides a seamless, centrally managed, and decentralized operation to meet hand sanitizer needs while helping put people in Virginia back to work and keep them working in these sectors. To date the group has delivered hundreds of thousands of bottles purchased by State and local agencies as well as donated  thousands of bottles of hand sanitizer to a myriad to a growing number of local and regional charities.

Ian Anderson is lending his support to the effort by making it the “only officially sanctioned Jethro Tull sanitizer hand rub”.  Jethro Tull hand sanitizer is sold exclusively through the “Helping the Heroes” website with the proceeds helping small businesses remain open and funding the groups’ donation programs.


“A wee drop of the strong stuff!  Of course for the hands only.  Keep yourself safe, and by doing that you keep others safe, too.  All in a good cause so choose this.  The only officially-sanctioned Jethro Tull sanitizer hand rub,” states Ian Anderson.

“This is an important long-term initiative for Virginia”, said Bob Morris the Center for Applied Innovation’s President. “100% of the hand sanitizer down to the bottles and boxes it is in comes from Virginia and other U.S. Small businesses.  This is a very important story of coming together to solve critical problems and keep American workers employed.”

A major reason for the endorsement is the quality of the hand sanitizer. It is strictly formulated in FDA registered facilities using the minimum 80% alcohol based formula World Health Organization recommends to be most effective against COVID-19 and other diseases and uses 100% organic ethanol from the same FDA registered US producers that provide it to other major hand sanitizer manufacturers. It’s packed in environmentally friendly 100% recyclable bottles by small businesses helping support our communities and keep small business employees working.

Businesses, Federal, State and Local customers desiring to purchase hand sanitizer from the consortium can order it through the group’s main website at www.vahandsanitizer.com

“This is a critical time for these Virginia companies.” says Morris. “Many of them are operating deep in the red due to COVID-19 restrictions. They created a capacity people will need far into the future.  It is important that the public support these innovators now instead of buying cheap, sub-standard sanitizers that may flood the market.  Their donating the time and significant expense to produce and distribute this hand sanitizer is laudable and shows their commitment to the community. They all deserve whatever support we can provide them or we risk them not being available to save us again in the next complex emergency.”

The public can also donated by texting the keyword “Heroes2” to 71777 or contacting the group through the website: www.helpingtheheroes.org/store/ 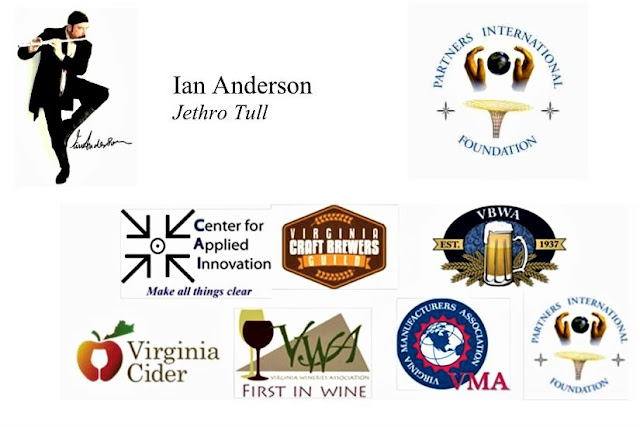 
Los Angeles-based indie label Cleopatra Records and Hungarian-born songwriter/producer/ musician Leslie Mandoki, the mastermind behind the living, breathing art rock project Mandoki Soulmates, are proud to announce the release of the first full-length album since the two entities joined forces earlier this year. Coming out on Cleopatra’s venerated progressive rock imprint, Purple Pyramid, home to such artists as Nektar, Tangerine Dream, Hawkwind-alumni project Hawkestrel, and Rick Wakeman, the album entitled Living In The Gap + Hungarian Pictures is actually a double album adding the 45 minutes Progressive Rock Suite Hungarian Pictures, following a musical concept by Deep Purple´s Jon Lord and ELP´s Greg Lake to the original Living In The Gap album with brand new songs. Having already topped the Amazon Classic Rock Charts in Germany end of last year, Living In The Gap + Hungarian Pictures is poised to bring a whole new audience in North America, South America, the UK and beyond into the Soulmates’ family of fanatics.

As with his other album projects under the Mandoki Soulmates banner, Leslie Mandoki has brought together a Murderer’s Row of rock icons and musicians from some of the biggest names in prog and classic rock including Jethro Tull’s Ian Anderson plus current and former members of Toto, Cream, Supertramp, ELP, Blood, Sweat & Tears, Manfred Mann’s Earth Band and this list goes on and on! The coming together of such a diverse cast perfectly expresses the album’s lyrical theme of unity, which couldn’t be a more timely message for today’s world. Mandoki explains in the album’s video trailer, “We know that music is the greatest unifier…[These are] songs against division, from the old rebels to the young rebels. This is our time to take a breath for a better world.”

Also be sure to check out Mandoki Soulmates and Ian Anderson’s special tribute to the heroes of the COVID-19 pandemic - hospital workers, grocery store clerks, food delivery drivers, and others - on the digital EP We Say Thank You! Proceeds from the EP will be donated to The United Nations Foundation’s COVID-19 Solidarity Response Fund in support of the WHO (World Health Organization) and The Mayor's Fund to Advance New York City.

Posted by Anne Leighton at 4:05 PM


I talk about the bullying in the local Bronx political
scene.  I feel hopeful that a gay, black,
Hispanic man beat the anti-gay and 15th District Congressman,
Reverend Diaz. https://www.torres.nyc/
The Jonell Mosser and John Hall concert at 3rd
& Lindsley, Nashville, is postponed till the world heals a bit more.  But do listen to their songs.  “The Circle” is doing well on Americana
radio: https://www.youtube.com/watch?v=XGvUtUQ4MqU
This is private link
to my rap song. I want to co-write with topical and female rappers that are
going somewhere. https://soundcloud.com/leigh.../meth-the-single-girl/s-BH1Oc.  Let me know what you think!
Joe Deninzon has a new Facebook fan page: https://www.facebook.com/joedeninzon/
Phoebe Legere's art is online: https://phoebelegere.wixsite.com/transmedia
New double album from
Leslie Mandoki & friends: Mandoki's Soulmates "Living in the Gap"
and "Hungarian Pictures" https://open.spotify.com/album/2fu8o26x7zNMmdITFFyaAd...
Talkers Magazine interviews Leslie Mándoki about his duet with Ian Anderson #WeSayThankYou to support firstline workers in the
Pandemic, and on his new double album, "Living in the Gap" and
"Hungarian Pictures" https://www.podcastone.com/the-michael-harrison-interview
10 million Kings fans
can't be wrong! Here’s “Switchin’ to Glide”/”This Beat Goes On.” https://www.youtube.com/watch?v=sxkjvKBPQjo
Posted by Anne Leighton at 2:42 AM

An Artist's Perspective: 'Let’s Take A Breath For A Better World' - Hypebot

An Artist's Perspective: 'Let’s Take A Breath For A Better World' - Hypebot: In this op-ed plea for solidarity, German independent artist Leslie Mandoki calls on the music industry to come together during this time of global crisis to aid and support each other.. Continue reading
Posted by Anne Leighton at 10:28 PM