John Hall's Memoirs: STILL THE ONE: MY ROCK'n"ROLL JOURNAL FROM CONGRESS AND BACK

John Hall's memoir, STILL THE ONE: MY ROCK'N'ROLL JOURNEY FROM CONGRESS AND BACK is available in hardcover and Kindle.

The book is also available for mail order, as a personalized autographed book, right now via email and phone from Oblong Books & Music. Here is the link: http://www.oblongbooks.com/still-one-paperback-signed-john-hall. The phone number is 845-876-0500.

John Hall is doing an in-store at Oblong Books, in Rhinebeck, on the 22nd of September at 6 pm. This is the store's website,http://www.oblongbooks.com.

More in-stores to be announced to local media and on John’s Facebook page at 'www.facebook.com/JohnHall.memoir/?fref=ts

Best known as the founder of the band Orleans, with hits including “Still The One,” and “Dance With Me,” John co-wrote Janis Joplin’s “Half Moon,” Steve Wariner's #1 country hit "You Can Dream of Me," and also “Power,” which became the theme of the NO NUKES concerts in the 1970s. John has collaborated in the studio or on the stage with Little Feat, Jackson Browne, Bonnie Raitt, Graham Nash, Chet Atkins, Carly Simon…

His environmental concerns led him into community activism, which got him on the road into politics, first serving in the Ulster County, New York legislature, then as trustee and president of the Saugerties school board.  Hall won a seat in Congress in 2006, and returned to music in 2011 with Orleans.

John is looking forward to taking the book on the road where he’ll tell stories, play songs, sign books, and talk with fans and anyone interested in crossing from a "normal" career to politics.

John’s optimism comes through in stories from his life in the musical and political worlds in STILL THE ONE: A ROCK’n’ROLL JOURNEY TO CONGRESS AND BACK. 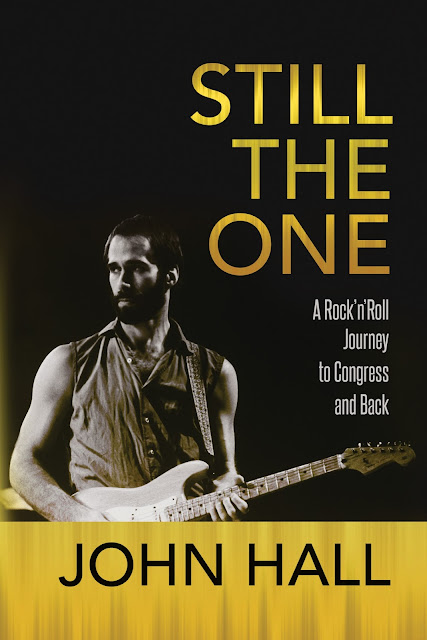 Posted by Anne Leighton at 4:38 PM 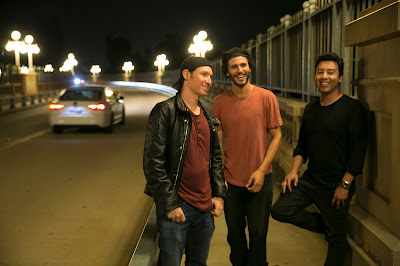 Join King Llama for the release of their new album, RETURN TO OX at CIA- California Institute of Abnormalarts on August 12, starting at 9:30 PM.
CIA is at 11334 Burbank Blvd., in North Hollywood.
This is an 18 and over show.
Doors open at 7:30 PM.
Admission is $5.
The venue phone is 818-221-8065
The website is www.facebook.com/pages/California-Institute-of-Abnormalarts/565387203575837.
The first 20 people there will receive either a free CD + digital download, OR a T-shirt of their choice, OR a poster. Plus, there will be a limited, although substantial amount of food there for early arrivals.

King Llama’s new album, RETURN TO OX (on the TTrain Music label is a journey of instrumental compositions with stunningly-weaved elements of rock, jazz, funk, fusion, and hip-hop. With melodic sensibilities and ear-catching chops, favorite compositions include the precisely spry “Sensei,” the explosive bass-driven “Cap’n Mustard Hair,” the rebellious and emotive changes in “Smoking in Ergenzingen” and the introspective jazz journey “Blobo.”

Based in Los Angeles, the progressive rock trio, King Llama features guitarist Ryan Tanner Bailey, drummer Luis Briones, and bass/baritone guitarist Nico Staub. Ryan, Luis and Nico are all originally self taught, and then they all had extensive training (both privately, and at professional institutions), most recently at Musician's Institute in Los Angeles, and in Nico's case, CAEMSA in Buenos Aires. King Llama’s vibe, being quite original itself, seems to bring out moments reminiscent of King Crimson, Phish, Yes, and Rush.

Dr. Friedman says, ”I think DeAngela Napier’s approach to visual storytelling gives us a window into how we can develop open-minded approach to our lives."

DeAngela Napier is the digital strategist and visual storyteller who is responsible for STEREOPTICON’s music videos (“Secret Wings” and “Fair Weather”). She explores how carefully selected imagery conveys a powerful message above and beyond music videos. Gary Lucas and Jann Klose’s first two videos offer an insider’s view of New York City while NOBODY’S TALKING’s visuals are comprised of stock footage, selected and edited by DeAngela to convey the tongue-in-cheek lyrical message about everybody talking on their cellphones while they’re surrounded by real people in the real world.

“My work consist of producing content and collaborating with organizations and entrepreneurs on marketing and media strategies. These strategies often include visual storytelling to convey meaning that resonate longer with the listener/viewer.” Her collaborations include producing projects, creating imagery with photography/video and editing digital assets for multi-media projects. In NOBODY’S TALKING, she combines her personal love of music and background in production to craft an entertaining peak at mobile obsession in 2016. View NOBODY’S TALKING at www.youtube.com/watch?v=mr9TDnt65Ag.

Her visuals are worth a million words! For more information on her company’s services visit www.thenapiernetwork.com.

Dr. Michael Friedman, Ph.D. is a clinical psychologist who has been studying how psychological processes impact us as individuals and as a society for over 20 years. In addition to co-authoring a number of academic papers, he’s shared insight on CNN, NPR, Fox News, Wall Street Journal Radio, and in his Psychology Today column, BRICK BY BRICK… Currently he’s working with Vegan Publishers on a book about vegan musicians.

Sloth from BEACHSLOTH writes of “Nobody’s Talking,” “Without talking, without communication, life could become so boring, unaware of all the potential people a person could meet on any given day…Tasteful and elegant to its very core, Gary Lucas & Jann Klose create a timeless piece of chamber pop”

Both Gary & Jann’s talents are noted in the 4 star review in MOJO, “Klose has a fabulous wide-ranging voice with an individual style, while Lucas’s luminous chord work and mesmeric fingerpicking is a joy throughout.”

Friends in Long Island should be aware of an upcoming TV appearance from Gary & Jann on WLNY’s LIVE IT UP w/ Donna Drake.

Gary received a Grammy nomination for co-writing “Spider Web” with Joan Osborne from her triple platinum album, RELISH. He co-wrote Jeff Buckley’s signature songs “Grace” and “Mojo Pin” from the singer’s double platinum album, GRACE. ROLLING STONE says Gary is “One of the best and most original guitarists in America…a modern guitar miracle.” Some of his collaborations with Jeff are now on Showtime’s ROADIES by Cameron Crowe, and their song “Grace” recently on YOU AND I, which charted on BILLBOARD at 57. Current releases: FLEISCHEREI: MUSIC FROM MAX FLEISCHER CARTOONS and PEARLY CLOUDS. Gary & Nona Hendryx will release THE WORLD OF CAPTAIN BEEFHEART, whom Gary worked with very closely.

Born in Germany and raised in Kenya, South Africa and the United States, Jann Klose is writing with Ann Hampton Callaway, Renaissance’s Annie Haslam, and The Yardbirds’ Jim McCarty. He appears in the award-winning Australian feature documentary A VENUE FOR THE END OF THE WORLD (BrinkVision, USA). Most recently Jann scored the music for the award-winning short film THE BEAUTY OF DISASTER. His most recent album, MOSAIC won three 2014 Independent Music Awards and charted for several months on the AMA and Roots Rock charts. Jann will tour Germany, South Africa, and North America this year.