Wonderful things are happening because of Sharon Katz & The Peace Train’s upcoming performance, TRANSCENDING BARRIERS with Mexican and American children on July 21.  One of the children—a ten year old will be seeing her mother again.

Here are the details of TRANSCENDING BARRIERS on July 21, 2018:

For several years, Sharon Katz & The Peace Train has been working with diverse groups on the West Coast of the USA to promote multicultural understanding, respect and peaceful, constructive action. In 2018, they  extended that work to Mexico.

Working with our partner in Tijuana: Promotora de las Bellas Artes, they have been training singers on both sides of the California/Mexico border. On July 21st singers & supporters from throughout California will converge in San Diego, and travel across the border to meet up with the Mexican singers. After a series of workshops and rehearsals, they will perform a Unity Concert on the Esplanada of the gorgeous performing arts center in Tijuana, Centro Cultural Tijuana.

10 AM: Parade from the WorldBeat Cultural Center (2100 Park Blvd, San Diego, California, 619-230-1190) to the San Diego Trolley at City College Station and travel to the border crossing at San Ysidro. Those with passports will walk across the border; those without will cheer them on!

12:00 Noon: Meet with singers and supporters from Promotora from the City of Tijuana who will escort us as we Sing & Parade for approximately 20 minutes to Centro Cultural Tijuana (CECUT).

From 1 till 5 PM, there will be workshops and meals for the singers.

Video: The Peace Train's Transcending Barriers:
Posted by Anne Leighton at 3:30 AM 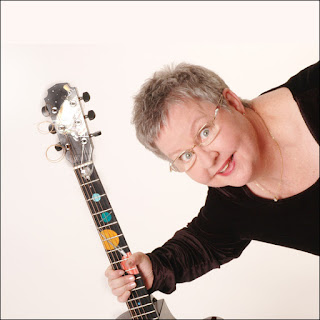 Christine Lavin will perform a homecoming concert at Dramatic Hall, in Peekskill, on November 17 at 8 PM.
Dramatic Hall is located in the Peekskill Central Market, at 900 Main Street, in Peekskill.
Opening is Dean Friedman, who also has local roots.
Admission is $35.
The ticket buy link is https://www.eventbrite.com/e/christine-lavin-peekskill-homecoming-concert-tickets-44747433779.
For more info, please call:  914-736-3600.
Born and bred in Peekskill, Christine Lavin is a critically-acclaimed and beloved singer/songwriter. Her funny and poignant songwriting, and engaging performances have endeared her to lovers of folk music everywhere.

She and her eight brothers and sisters went to Assumption for elementary school. As they continued through the local Parochial School system, Christine chose Public school, Drum Hill Junior High, and then Peekskill High School. There her English teacher, Mrs. Johnson encouraged her to write. Christine also twirled baton in Marching Band; she remembers Presidential candidate Robert F. Kennedy on the reviewing stand for a celebratory parade for a school game. “I was a fan of the Kennedys, even though we were in the middle of a routine as we marched by, I stopped twirling for a few seconds and waved like crazy to RFK and he waved back!” With that kind of encouragement, Ms. Lavin still impresses her audiences with great baton moves!

Ms.Lavin looks forward to reconnecting with her old and new friends. “We didn’t have a yearbook,” she laughs!  I think that’s why I spend so much time autographing CDs after my shows—it's the high school yearbook I never got to sign!” 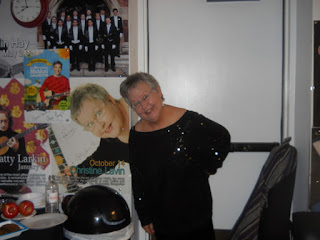 A true do-it-yourself success story, Lavin has 16 solo albums, plus a variety of collaborations with other artist. Some of her most known hits are: “Cold Pizza For Breakfast,” “Good thing He Can’t Read My Mind,” “Sensitive New Age Guys.” Christine’s most recent album is called “Happydance Of The Xenophobe.”

Fellow singer Janis Ian has referred to Christine as “the unsung heroine of the latter-day folk movement.”

Opening is area resident Dean Friedman, who was label mates with Christine on Lifesong Records. Dean is marking the 40th Anniversary of the 1977 release of his top-20 hit, “Ariel.” Some of his other hits are  “Lucky Stars,” “Lydia,” and “McDonald’s Girl,” “which was recently used in a McDonald’s commercial!  Dean’s latest studio album is “12 Songs.”