The long-awaited Elliott Murphy film Broken Poet will come out on digital HD May 15 from Virgil Films and Entertainment exclusively through music site http://backstreets.com/news.html#BPpre.
The Backstreets site boasts a large fan base for Bruce Springsteen, who along with his wife Patti Scialfa makes a cameo appearance in the film. Together with Springsteen, Elliott Murphy began his career in the early 1970’s when both singer-songwriters were proclaimed the “new Dylan.” His career has been focused in Europe for many years where he continues to tour and release more than thirty-five albums. He lives in Paris where he has often joined Bruce Springsteen on stage.
“On Broken Poet we are experimenting with going direct to the actual fan base, releasing before the national release,” said Virgil president and CEO Joe Amodei. “Backstreets.com is the go-to for every Springsteen fan, so we were lucky to get to work with them on the release and offer the exclusive.”
The film will have a wider digital release in the summer.
Broken Poet stars Elliott Murphy, Michael O’Keefe, Marisa Berenson, Joanna Preiss and Françoise Viallon and is the story of 1970s rock star Jake Lion, who is presumed dead in Paris until a former roadie happens to be riding in the Paris Metro 40 years after his much-publicized suicide and hears an aged street musician who sounds just like him. Rolling Stone sends a rock journalist to investigate, and she uncovers something unexpected. Produced by Traloinver Ltd. and Directed by Emilio Ruiz the film is based on an Elliott Murphy short story (who co-wrote the script) and was shot in both Paris and New York with a soundtrack by Elliott Murphy & Gaspard Murphy. Originally intended to premiere in March as the opening film of the 2020 New York City International Film Festival (cancelled due to the Corona pandemic) Broken Poet will finally be available.

Ian Anderson of Jethro Tull talks playing the flute in rock | The Big In...

Wednesday, May 13, 8 pm ET, Ian Anderson and Dan Rather on The Big Interview, on AXS.TV.
Posted by Anne Leighton at 11:35 PM 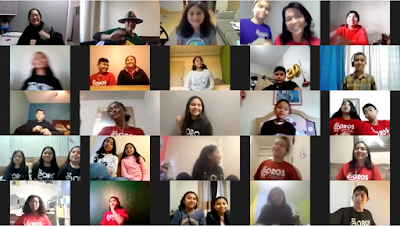 GLORY TO THE NEWBORN KING   Erin Hannon   “Hark The Herald” classical with a full lyric soprano that rolls her rrrrs.  "Sleep In Heavenly Peace.”

NEVER TAKE LOVE FOR GRANTED Dan Berggren  Shopping in the malls for Christmas. “You’ll never take love for granted if you always give love in return.”  Male bass/baritone and acoustic guitar.  Folk styled.


HANUKKAH IN THE VILLAGE Rachael Sage   mellow piano, singer-songwriter.  Rachael’s observations on the eve of Hanukkah in New York City.

Posted by Anne Leighton at 3:47 AM

Anne Leighton: “We Say Thank You,” by Ian Anderson and Leslie Man...

“We Say Thank You,” by Ian Anderson and Leslie Mandoki, Dedicated to Covid19 Heroes on the Frontline

Ian Anderson and his longtime friend/collaborator Leslie Mandoki have recorded the song “We Say Thank You,” as a dedication to everyone on the frontline, from the doctors to grocery store workers, in the unbelievable Coronavirus battle.  The hashtag to use is “#WeSayThankYou”

Written by the Hungarian-born/German producer/songwriter/bandleader of Soulmates (which has featured Ian through the years), “#WeSayThankYou” was written in the context of Leslie’s own isolation in Germany, where his doctor wife, Eva, is a first contact physician.

Using social distancing as the foundation for their collaboration, Leslie emailed tracks to England for Ian to sing and play flute on between April 7 and 8.

In addition to the brave, hardworking front-line medics and care workers the lyrics reference the police, grocery clerks, supermarket workers too. Ian adds the dark reference to the speculators making a killing from the current crisis.  Ian says,  “They know who they are.”

Read Leslie’s short essay about “Speculators” who are using this crisis for financial gains here:  https://promo.mandoki-soulmates.com/en/

“To all, we say, thank you,” Says Ian Anderson and Leslie Mandoki. 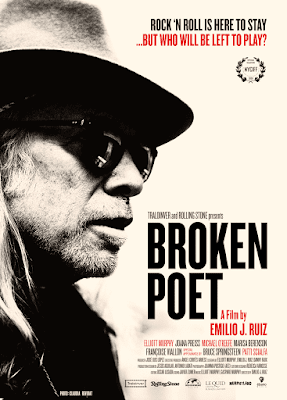 BROKEN POET will have its world-wide premiere at the New York City International Film Festival (NYCIFF) on Wednesday 25 March at 8:00 at the Dolby Theater. The film will be preceded by a short acoustic concert by Elliott Murphy. BROKEN POET is directed by Emilio J. Ruiz and is based on a short story by Elliott Murphy, who also stars in the film and provides songs for the soundtrack including his classic LAST OF THE ROCK STARS. Other members of the cast include Joanna Preiss, Marisa Berensen, Michael O’Keefe and cameo appearances by Bruce Springsteen and Patti Scialfa. The story itself is that of a ‘70s US rock star who disappeared in Paris and may still be alive. Rolling Stone magazine sends a journalist to investigate, and the results are surprising. A fresh look at rock stardom and success and a gripping story shot within enchanting and sumptuous views of Paris and New York. Not to be missed!

John and Johanna Hall are unearthing their catalog, plus writing together again. They are responsible for the song “Still The One,” which is one of the most ‘synced” hits from the 1970s.  Little Black Dress is an album of songs that John and Johanna wrote for Jonell Mosser, a gutsy live singer that is always singing sessions for most of Nashville’s popular acts, including Gillian Welch, the Box Tops, Delbert McClinton, Wynonna, Bruce Cockburn….  The three are working together again, including Jonell and John planning live shows. Let me know if you’d like CDs, MP3s or WAV files.

Melodic Revolution Records is releasing a CD of Paul D’Adamo’s Rawfully Organic on CD. Paul has pipes like James Ingram with a bigger voice. His album is on digital media, and includes covers of Peter Gabriel songs including an acapella version of Peter & Kate Bush’s “Don’t Give Up.” The album features a new version of Peter Gabriel’s “Fly Away,” with contributions from Fame’s Lee Curreri.

The Traveling Jewburys are an Americana band from the Bronx—Riverdale, to be exact.  You might know of Arthur Levy from the music industry.  He sings and plays guitar for the band as Howlin’ Jewbury.  Their album, “Live at The Bitter End” features two originals and covers of standards including: The Traveling Wilburys’ “Handle With Care,” Music Explosion “Little Bit of Soul,” John Prine’s “Angel from Montgomery,” Wilson Pickett’s, “Wait Till The Midnight Hour”…..

Also, please be advised.  There is more delay in the official release of “The Greatest Lives-Songwriters’ EP.”  This will be good news. Stay tuned.  We do have T-shirts and Collectors’ Items CD available, for now.  Please email me for details at Anne@AnneLeighton.com 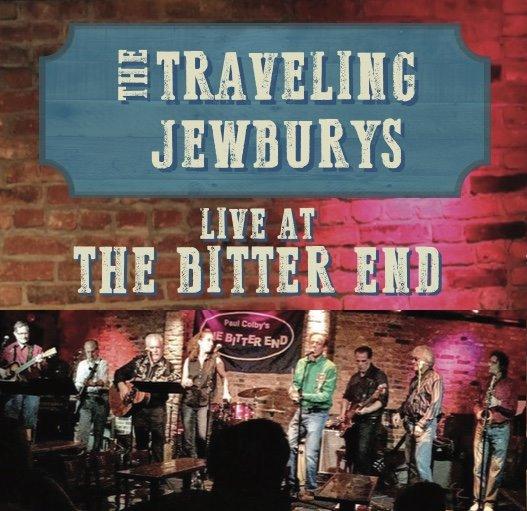 Posted by Anne Leighton at 2:43 AM

The Leighton Inclusion: Set The Record Straight by Paying Attention


The Leighton Inclusion: Set The Record Straight by Paying Attention
Our real world lives have parallels to stories going on in the mass media world. How many times have you had to set the record straight when people were lying to your face or on social media? Look at what happened, this week, to Mike Bloomberg when Elizabeth Warren caught him in the Presidential mistakes. All of us went after Internet Trolls that attacked 9 year old Quaden Bayles, because they were new bullies, attacking him lies.  I bet someone purposely attacked you or one of your friends for no reason
Posted by Anne Leighton at 12:07 AM

This Leighton Inclusion is about why we need to set the record straight.  It does--indeed--point out the egotistical people waste everyone's time, because we have to set them straight.  I use Bronx politics as an example.
Posted by Anne Leighton at 11:11 PM

The Leighton Inclusion: Does Hating Rush Limbaugh Give You Bad Karma?

Can you imagine how great our lives would be if we got to know one another instead of prejudging each other?
Posted by Anne Leighton at 11:30 PM