Special Message from Joe Deninzon on The Bronx's David Gotay

Please Help My Friend David in the Fight for His Life!

I first met David Gotay at a recording session in 2000. I had been living in New York for two years. I had just graduated from Manhattan School of Music and was trying to make my way as a freelance musician. At the session, we instantly hit it off. We were part of a string quartet accompanying the band Illuminati, a well known jam band in New York. I was impressed with David's musicianship and his sense of humor and warmth. We stayed in touch over the years and played in many orchestras and recording sessions together. When I was asked to form a rock string quartet to play private events, David was my first choice for cello. He had amazing classical chops and a great sense of groove, nurtured by his love of funk and hip hop, which he obsessively listened to growing up in the Bronx in the 80's. He would be the first guy I call whenever I need a cellist for a recording session.

I also became a huge fan of David's quartet, Sweet Plantain, which became one of the hottest genre-crossing groups in the New York scene. I was amazed by the way in which they mixed Hip Hop, jazz, classical, and Latin flavors. Dave brought the hip hop element into the group and was acting as manager. With his charm, and organizational skills, the group was touring all over the world and it's following was growing rapidly. It was exciting for me to witness it because I felt like I knew these guys from the beginning.

There was no other band like this! I truly believed this band could do great things and reach the level of great world-renowned genre crossing string quartets like Turtle Island and Kronos. In 2010, Dave asked me to join the group and I was thrilled! We had a great chemistry and it felt like a family. There were a lot of laughs and magical moments shared on and off stage. We had a blast touring all over the world, and are looking forward to great things happening in 2013 and beyond.

Last year, the group was picked up by Joanne Rile Management and there are some incredible prospects in the works.

I could not think of another cellist who could rap, play electric and acoustic cello, and write amazing music with Dave's unique combination of influences. Without David, this group simply could not exist. Not just because he is irreplaceable as a cellist and composer with classical, jazz, and hip hop influences, but also as a proactive person with great managerial skills who has rallied the troops and has kept the group going, getting us the gigs, following up with presenters, organizing showcases, etc. He did most of the grunt work so the group can keep touring and building its audience.

I consider David one of my closest friends. He is at his core a warm and decent person who is loyal to his family and friends and always has your back. A great husband, brother, uncle, son, and friend. Dave is loved by so many people because he is easy to love. It is rare to meet people like Dave in this world, and when you do, you should hold on to them. These people are precious. We all want Dave to be around for a long, long time to come. On a personal note, I hope to keep make music with this man many years from now.

At the end of April, 2013, Dave woke up one morning with no feeling in his right arm. Doctors mistakenly told him it was Brachial Nuritis, a rare viral nerve disease which could be cured on its own with physical therapy. On May 9th, David had a series of MRI's and was diagnosed with Stage IV Renal Cell Carciroma-kidney cancer that had spread undetected to his brain and lungs. The diagnosis was a total shock. David first went to the doctor for what he had thought was a simple strain injury in his right arm from too much time on the cello, only to discover he had a brain tumor, an infected kidney, and 35 tumors in his lungs. Today, David is in the fight for his life.

David's insurance through the Musician's Union is ridiculously limited and limiting. It doesn't cover hospitalization nor many of the treatments he will need. Cancer is expensive!

And remember, he is a freelance musician. There are no paid sick days for artists! Every day he spends in treatment fighting this cancer is a day he doesn't earn money. David and his wife Yuko (who is also a musician) were proud to buy their first home last year., and are now saddled with mortgage payments.

So please search within your heart and dig deep into your pockets. David and his family are counting on your generosity.

This is why we are asking for your support.

Please donate to help David in the fight for his life.
http://www.indiegogo.com/projects/dave-fights-evil-cancer

Also, please like and contribute your thoughts and prayers on these pages:
https://www.facebook.com/DaveFightsEvilCancer
http://www.indiegogo.com/projects/dave-fights-evil-cancer

Thank you in advance for your support.

BLACKMORE'S NIGHT to launch the first single, "The Moon Is Shining (Somewhere Over The Sea)" off the new album “Dancer and the Moon” 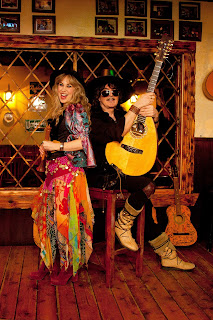 Frontiers Records is pleased to announce the digital release of the first single from BLACKMORE'S NIGHT new album "Dancer and the Moon" entitled "The Moon Is Shining (Somewhere Over the Sea)." This beautiful new song is "Based on an old folk Czech melody which Candice and I thought were very melodic and haunting" says Ritchie Blackmore. "We adapted and arranged to suit more of a rock structure. We also played it as a ballad as it was originally intended. We asked several of our Czech friends what it was called but they couldn't tell us, so it remains a mystery."

The single can be downloaded now from every fine shop such as iTunes or Amazon and streamed legally via Spotify and Deezer. It is also possible to enjoy a sample of the song, following this link:
www.frontiers.it/download/The_Moon_Is_Shining_sample.mp3

"Dancer and the Moon" will be released on June 11th in North America and June 14th in Europe in regular cd configuration and deluxe edition in digipak, including a bonus DVD featuring a 40 mins "making of the album" documentary and acoustic versions of "The Spinner's Tale," "Somewhere Over The Sea/Moon Was Shining," "The Ashgrove" and "Queen For A Day." The album will also be made available in a super-deluxe edition strictly limited to 2000 copies  packaged in a polyston frame with the cover artwork printed on canvas and including a black tote bag with Blackmore's Night artwork, 4 Blackmore's Night pins, a certificate of authenticity and of course the CD/DVD edition.