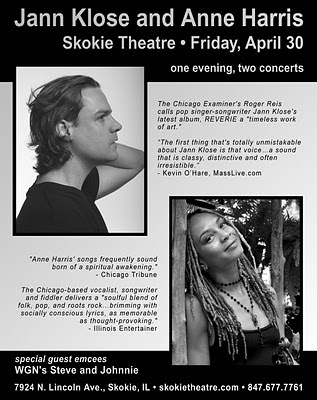 Please save this picture file, print it out, and give it to friends in the Chicagoland region.

WGN’s Steve King and Johnnie Putman suggested this event after Jann performed on their show this past November when he was part of the Uncommon Ground's Jeff Buckley Tribute for the second year.

In the past few years, Jann's music has been picked up by scores of Chicago-based media people, The Chicago Examiner's Roger Reis, who calls pop singer-songwriter Jann Klose's latest album, REVERIE a "timeless work of art." Popmatters' Lisa Torem praises his live show, writing that he is a "confident performer" who, when one listens, "you can feel a pin drop." Jann's album is being played on over 120 radio stations, including WGN's Life after Dark with Steve and Johnnie.

Chicago based singer-songwriter and violinist Anne Harris was handpicked for this event by Steve and Johnnie, and her new album GRAVITY AND FAITH has been receiving rave reviews from the media, as well. The Chicago Tribune's Andy Downing writes, "Anne Harris' songs frequently sound born of a spiritual awakening." Illinois Entertainer writer Andy Argyrakis says, Anne delivers a "soulful blend of folk, pop, and roots rock...brimming with socially conscious lyrics, as memorable as thought-provoking." The publication also cited GRAVITY AND FAITH as one of the best local albums of 2008. 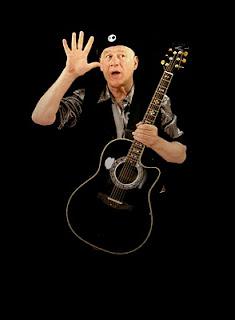 “I've suffered for my music,” he tells America. “Now it's your turn.”

Neil Innes will be performing 15 dates across the States this April and May.

He is available for interviews in advance of the show, please call Anne Leighton at 718-881-8183 orAnne@AnneLeighton.com .


Neil's upcoming album, INNES OWN WORLD -The Best Bits will be available at the start on the tour. It features a selection of bits from his UK radio shows studded with 8 fabulous songs - a few new ones.

For five decades, Neil Innes made us laugh and sing along. One of the funniest men to hit the charts, he wrote songs like “Camelot” (“Living here in Camelot/We eat ham and jam and Spam a lot”) and “Sir Robin's Song” (“When trouble reared it's ugly head/He bravely turned his tail and fled”) from Monty Python and the Holy Grail; “Cheese and Onions” from The Rutles; the lone hit for the Bonzo Dog Doo-Dah Band, “I'm The Urban Space Man”; and his theme song, “How Sweet to be An Idiot.”

Now you can discover how sweet it is to be an idiot by shelling out some cash to see Innes as his one man show A People's Guide to World Domination crosses the Atlantic and lands, waterlogged, in America. In a performance that has been called “A wonderfully wayward evening,” “the hottest ticket in town,” and “you're not wearing those trousers, are you?” Innes lampoons the human condition, lambastes bankers and other latter day clowns, and doesn't leave a dry seat in the house.

Called the seventh member of Monty Python's Flying Circus, Neil Innes has made people laugh and sing since breaking through with the Bonzo Dog Doo-Dah Band, fresh out of college in the mid-'60s. A talented artist, musician, and actor/raconteur, he fell in with Monty Python, and later, along with former Python Eric Idle, put together The Rutles, the legend that would last a lunch-time. His BBC Television Show The Innes Book of Records has become much watched on YouTube. He also was involved with hundreds of episodes of children's shows, including the long running BBC favorite Raggy Doll.
While Neil says, “If I could describe what it is I do on stage in a sentence or two, or even a cleverly constructed paragraph, then there would be absolutely no need for me to go on stage and do it,” he will continue to perform to small but beautifully formed audiences around the world, and one by one, raise an international army of 'EGO WARRIORS', sworn to defend self-esteem wherever it may be. This is his life's work.

PRISON SHIRTS AND HATS AVAILABLE FOR STUDENTS ONLINE AT www.thewaronkids.com

(Filmmaker Cevin Soling says, "if kids are going to be treated like prisoners, let them dress the part and dispel any hypocrisy.) 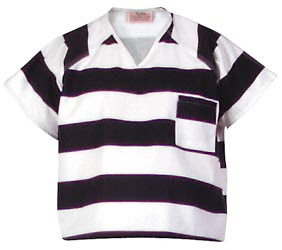 An authentic prison T-shirt and cap at http://www.thewaronkids.com

Cevin Soling is making available authentic prison shirts and hats in support of his movie, THE WAR ON KIDS.  These shirts and hats are the same clothing issued to prisoners when they have to serve time.  No logo or web site appears on the clothing, just black and white stripes will be on these shirts, while the word “Inmate” is printed on the hats.  The cost for a shirt or hat is $15.00, and the shirts are available in Small, Medium, and Large. Visit http://www.thewaronkids.com, and click on "buy the DVD."

Soling is making people aware that schools have taken away children's civil rights and THE WAR ON KIDS shows the uncanny similarities between schools and prisons.  As a result of appearances on THE COLBERT REPORT, MSNBC, The Leonard Lopate Show, Mancow, and other top media, THE WAR ON KIDS is also heavily downloaded illegally online.

The Huffington Post's Jonathan Kim calls it a "must see documentary."  Ronnie Shreib of Variety writes, "A startling wake-up call about appalling conditions prevailing in American schools," Jeannette Catsoulis in the New York Times notes, "A shocking chronicle of institutional dysfunction, 'The War on Kids' likens our public school system to prison and its disciplinary methods to fascism. At least now you know why little Johnny won’t get out of bed in the morning."  John Whitehead, who established the human rights organization, The Rutherford Institute, cites THE WAR ON KIDS as an insightful film.  He writes: "Ironically, America’s public schools were once considered the hope of freedom and democracy, the place where young people were to be instructed in the principles of freedom so that they could someday effectively participate in the democratic process. Sadly, that is no longer the case."

Soling is interested in following up on stories about kids who wear these shirts to school.  He predicts that efforts will be made by teachers and administrators to prohibit them from dressing like a prisoner which would be supremely ironic. Soling states: “Every aspect of their being is so rigidly controlled that they are not permitted to display the degree to which they are controlled.  By not being allowed to wear the shirts, students would then become instruments of propaganda designed to present an image of free choice when no real choice is permitted.  How are children expected to grow up and perform the most essential obligation of citizenry in a democracy - protest tyranny - when any attempt to exercise civil rights in school is immediately squelched? If students are not permitted to complain about unbearable conditions in their school, they will not attempt to protest breaches of government power."

Posted by Anne Leighton at 7:51 PM 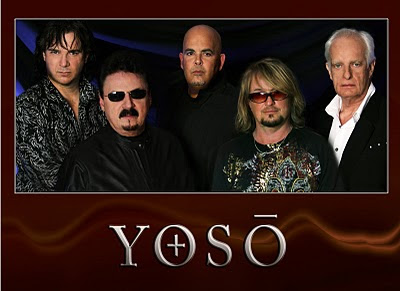 On March 24-27, YOSO will premiere in Europe at the "Frankfurt
Musikmesse" Festival in Frankfurt, Germany 24th March, as well as
another to-be-announced venue in Frankfurt on March 26th.

Close to 700,000 people attend Musikmesse every year to play the latest gear, and see very well known bands, as well as selected new acts. YOSO lead singer Bobby Kimball says, "We couldn't have gotten luckier, than to play
Musikmesse, because the crowd ranges from promoters, equipment company
endorsement people, and musicians of all levels."

YOSO was formed in late 2009 by Kimball (TOTO’s lead vocalist) and
YES keyboardist and founding member Tony Kaye. Former YES member/producer
Billy Sherwood plays bass and vocals, and Jimmy Haun of CIRCA handles all guitars.
Drummer Jody Cortez, who has toured with Boz Scaggs and Crosby, Stills and Nash, rounds out the group.

The group made its premiere appearance in Mexico in November 2009.
YOSO will be releasing its debut CD "YOSO" via the group's
on line web-store, coming soon to http://www.yosohq.com."
The CD will then be made available to all worldwide retail and digital
outlets via major distribution in the late Spring/Early summer of 2010.
YOSO will be filming several live concerts and producing a YOSO LIVE
DVD in the Spring of 2010.

In the works are tours in Europe, South America, NORTH AMERICA,
SOUTH-EAST Asia, and include dates further dates Mexico in mid April.

There are two bands that won the LET'S GET A GENUINE UNSIGNED BAND INTO THE CHARTS contest, and therefore the contest's organizers are spreading the word to have its Facebook group members buy the group's digital singles. Both are, broadly speaking, pop/dance acts: Destination and Digital Earth.

As both Destination and Digital Earth were very close with votes--even swamping the lead throughout finals week, they checked with their fans to see how they felt about both being the winning acts. It was agreed to try and get two unsigned bands into the chart instead of one. Group members and the extended social network will all be buying the singles from Sunday 28th Feb to Saturday 6th March, in the hope of entering the top 40 singles charts on the 7th of March.

Organizer Oliver Tooley started the group on 1st January this year thinking that by summer he might have enough members to achieve the 4,000 - 5,000 sales needed to get a top 40 hit in an average week. In four weeks he had over 5,000 members and over three hours of song samples to consider from six different countries and every possible genre. A series of stages reduced over 100 bands down to just ten of which Destination and Digital Earth were clear leaders from start to finish.

Synthpop duo "Destination" are singer, Bridget Gray, from Aberdeen Scotland and synth maestro, Glynn Jaine, from Huddersfield who collaborate over the internet on songwriting. Despite having less than 300 fans on Facebook they managed nearly 1,000 votes in the contest, which strongly suggests people were listening to the music and voting for the song "If I Ruled The World" and not giving a partisan vote for a particular band.

Digital Earth combine many genres seamlessly, touching on jazz, soul, funk and hip hop. They also polled more than twice their Facebook fanbase for their song "Charlatan Old Boy" once again proving that people were voting for the music and not their mates.

The group has already started taking nominations for the next competition but Oliver says, "Everyone was asked when they joined the group to promise to buy the winning single. If they keep that promise then we will succeed. If they don't then the group will die, I will have to give up on the next contest, and big business will retain total control over what you listen to."
Posted by Anne Leighton at 2:00 AM