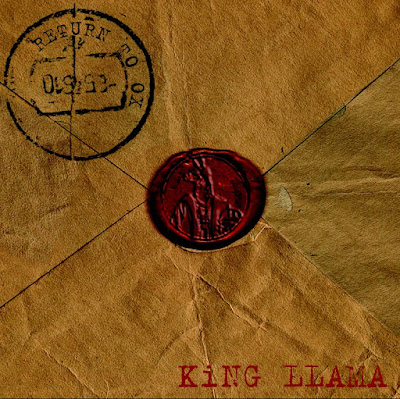 Los Angeles-based progressive rock/fusion trio King Llama is releasing its new album, RETURN TO OX on July 15 on the TTrain Music label. RETURN TO OX is a journey of instrumental compositions with stunningly-weaved elements of rock, jazz, funk, fusion, and hip-hop. With melodic sensibilities and ear-catching chops, favorite compositions include the precisely spry “Sensei,” the explosive bass-driven “Cap’n Mustard Hair,” the rebellious and emotive changes in “Smoking in Ergenzingen” and the introspective jazz journey “Blobo.”

RETURN TO OX is the combination of three instruments—bass, drums, guitars. King Llama’s music commands attention with its melodies, rhythms, and a big fat sound of gritty distorted bass tones mixed with classic wah wah guitar leads. There are complicated drum fills, odd meter and poly-rhythmic beats, coupled with dynamic changes of differing moods and styles. The overall sound is highly stimulating to the progressive and open-minded listener.

King Llama’s members—guitarist Ryan Tanner Bailey, drummer Luis Briones, and bass/baritone guitarist Nico Staub—are all fairly young; their influences come from a range of prog/fusion/eclectic stylings from the history of adventurous music. King Llama’s vibe, being quite original itself, seems to bring out moments reminiscent of King Crimson, Phish, Yes, and Rush.

Ryan, Luis and Nico are all originally self taught, and then they all had extensive training (both privately, and at professional institutions), most recently at Musician's Institute in Los Angeles, and in Nico's case, CAEMSA in Buenos Aires.

RETURN TO OX has a very live feel to it, as the band prides itself on its stage performance, and wanted to capture that on tape. " 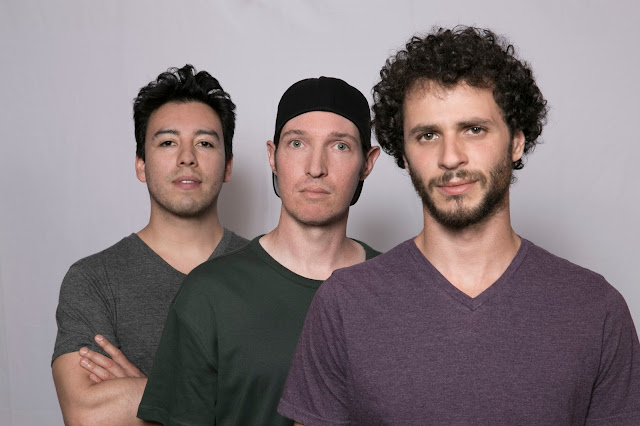 Posted by Anne Leighton at 2:43 PM