Fall for the Holidays

TAKE A HOLIDAY  Emily Hurd  Intimate and lilting Allison Krauss voice, piano, waltz tempo, all the different images and upbeat attitudes about the holiday. Hymnals & Candlestick, condos & tenements  Let's take a holiday and give it a name. thoughtful transition

THIS CHRISTMAS The Kings Harmonic pop rock. Elvis Costello, Smithereens-y, celestial chimes.  the theme of the song is wishing for love for your family who is so far away and for strangers that are alone. Canadian Content.

CHRISTMAS TIME Jon Mullane Upbeat! About the joys of Christmas, and getting ready for it

and happy new year from Tony Moore.
Auld Lane Syne is sung by a tender tenor with
the theme, "We'll take a cup of kindness."
https://www.youtube.com/watch?v=Vgmh1TkNO6k
Posted by Anne Leighton at 1:59 AM

Anne Leighton: ALL EXCE$$: OCCUPATION: CONCERT PROMOTER THE NEW BOOK BY DANNY ZELISKO The long-awaited stories of legendary concert promoter Danny Zelisko have arr...
Posted by Anne Leighton at 1:38 AM

THE NEW BOOK BY DANNY ZELISKO

The long-awaited stories of legendary concert promoter Danny Zelisko have arrived!  Four years in the making, he quipped, “this baby was screaming to come out after all this time!” 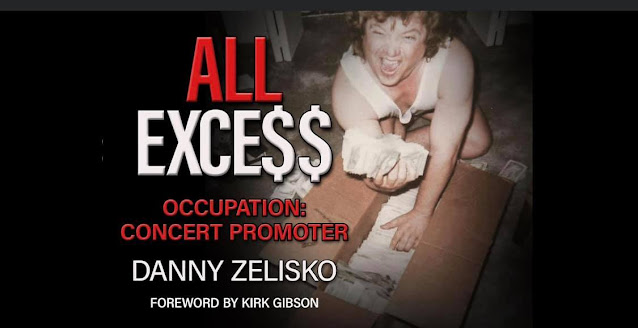 After five decades of concert promoting while being part of some 12,000 events in nearly every state in the country, Danny puts into words some of his favorite memories involving some of the world’s top names in entertainment and sports.  Included are Led Zeppelin, Alice Cooper, The Beatles, The Grateful Dead, as well as Chicago sports legends Brian Piccolo (the subject of the movie Brian’s Song) and Ernie Banks.  The book chronicles Danny’s childhood passion for collecting sports memorabilia and autographs, all the way through his rise to becoming Arizona’s premiere concert promoter.

Fasten your seatbelt as Danny navigates you through this musical journey of producing concerts while making a living out of it.  Go behind the scenes as he tells you about some of the friends he’s made over the years along with the wild and crazy stuff that really happened.

350 pages bursting with stories and never before seen photos of Danny’s personal collection from over the years, giving you a glimpse from “behind the curtain!”  The Foreword was written by former Diamondbacks manager and baseball legend Kirk Gibson.

Pre-order your copy now for a special first edition printing at dzplive.com.  A part of the proceeds will be given to #SaveOurStages, to support people in the music business that have been affected by Covid-19.  For a special donation, Danny will even deliver your copy to you personally (Phoenix area only).


For more information or to schedule an interview with Danny Zelisko contact:

Posted by Anne Leighton at 1:31 AM 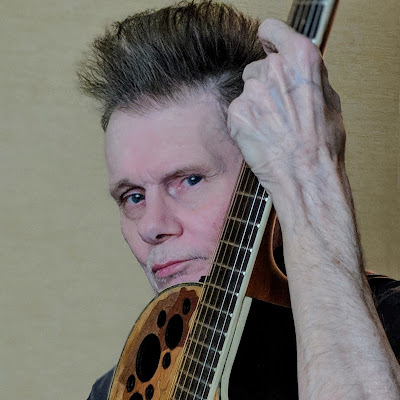 David LaDuke has been playing roots/metal/rock n' roll since 1973. He and his group Sinbad have released several LPs, EPs and CDs. His album SINBAD was (on the California based indie label Azra International (Overkill, Liege Lord, Intruder, Jag Panzer). His solo releases Have Rock Will Travel, Ball Bustin Guitar Rock! (plus two live EP's), Absolutely Raw (Nothing more. Nothing less.), Absolute Rock (In the buff.) including the CDs: Rock Hard Rocker and Rock with Balls. His unique blend of '70s' guitar rock, with an Elvis Presley-influenced grove, has gained him a great reputation in Magazines and on Radio Stations around the world.

By the end of the '80s, Sinbad Productions was born.  After leaving the stage, in 1991 to raise his Son, David continued to record, release CDs and Eps. He also published BallBuster Magazine, which was available in stores worldwide until 1998 and has since supported The International rock scene—partly through his renowned website, BallBusterMusic.com.


There is a lyric video for “Hey There, Who Am I,” produced by Johnny Naro (Phil’s son).

Posted by Anne Leighton at 1:28 AM