Gong’s new album I SEE YOU is now out on Madfish (a division of Snapper Music) in North America.
Please note that Gong co-founder Daevid Allen currently is in treatment for cancer. We will set up interviews with other band members: Orlando Allen on drums, bassist Dave Sturt, guitarist Fabio Golfetti, and horn player Ian East winds. Another guitarist Kavus Torabi (formely of The Cardiacs and also with Gong guitarist Steve Hillage) is new to the band; he is also available.
The current incarnation of Gong comprises vocalist / lyricist Daevid Allen, who, even at the age of 75, still radiates an incandescent creativity, the original anarchic vibe that was born out of counter-culture revolution in the Paris commune in 1968. Allen's own, highly idiosyncratic worldview helped kick-start the classic Brit psychedelic explorers, Soft Machine when the '60s were still swinging. His co-conspirators on I SEE YOU are Orlando Allen on drums, new guitarist Kavus Torabi (The Cardiacs), guitarist Brazilian Fabio Golfetti, horn player Ian East winds, and bassist Dave Sturt (the sonic manipulator).
I SEE YOU is timeless and timely, a welcome antidote to an increasingly homogenized musical mainstream. The playful song "I See You" is fusion and kicks off the album. "Syllabub" could be a hit, and namedrops culture in a fun-loving way. Tracks such as "This Revolution," a spoken piece which namechecks Gil Scott-Heron and picks up the vibe of his "The Revolution Will Not Be Televised," articulates the kind of concerns and theories that’ve always inspired Daevid Allen and informed the Gong worldview, contrasts with the ferocious inter-stellar Funk of "You See Me," which is sure to be a live favorite. "Thank You" is a heavy slab of psychedelicised blues, whilst the closing song "Shakti Yoni Dingo Virgin," a moody, melodic instrumental piece with heavy pant-singing--serves to illustrate the immense musical firepower and musical diversity that lurks within the current line-up of Gong.
Gong hopes to take I SEE YOU out on tour in the coming months when Daevid's health will allow. Do listen, because I SEE YOU offers up yet more proof that Daevid Allen's creative wellspring shows no sign of running dry, and that the latest Gong line-up has the kind of musical acumen that matches any of their classic line-ups of yore.
Gong is a Franco-British rock band formed by Australian musician Daevid Allen. Other notable band members include Kevin Ayers. Tim Blake, Didier Malherbe, Pip Pyle, Gilli Smyth, Steve Hillage, Francis Moze, Mike Howlett, Pierre Moerlen, Allan Holdsworth, Bon Lozaga, Hansford Rowe. Mick Taylor & Darryl Way have played on Gong albums, and Van Der Graaf Generator drummer Guy Evans played with Gilli Smythe's Mother Gong Others who have, albeit briefly, played in Gong include Bill Bruford, Brian Davison, Don Cherry, and Chris Cutler.
www.planetgong.co.uk
www.twitter.com/gongplanet
www.madfishmusic.com

Posted by Anne Leighton at 7:01 PM

Lunatic Soul album,  WALKING ON A FLASHLIGHT BEAM Out Now

THE FEAR WITHIN is the name of the new music video for Mariusz Duda’s solo project, Lunatic Soul and its album, WALKING ON A FLASHLIGHT BEAM.

Filmed by Scott (that’s right, just “Scott”) from Kscope, and edited by (Steven Wilson’s video director) Lasse Hoile, THE FEAR WITHIN video documents Chernobyl as it is now nearly 30 years since the catastrophic nuclear accident (26 of April, 1986).  Scott has an interest in “dark tourism,” which is traveling to sites historically associated with death and tragedy and “urbexing,” which is exploring ‘generally abandoned man-made ruins.

Pripyat (a ghost town near Reactor 4 at the Chernobyl Nuclear Power Plant) is high on Scott’s list of well known places to visit, “I was desperate to explore the abandoned area surrounding the power station that was the scene of the devastating nuclear disaster, before the government changed the regulations for visitors. A friend suggested a trip to Kiev, Ukraine. I spoke with Lasse before I went, and he encouraged me to film/photograph as much as I possibly could to document the area, with a thought to potentially using the footage to create a video in the future when an appropriate project came up. It had to be the right fit for the right track. Lunatic Soul's THE FEAR WITHIN was that perfect project."

Mariusz Duda says the album WALKING ON A FLASHLIGHT BEAM title “indicates living in a world of imagination in a place that’s made up and unreal. You can have your head in the clouds, you can chase after rainbows so you can walk on a flashlight beam too. It’s a story about choosing to be alone, inspired by the life of people who were completely alienated and withdrawn from social life, who shunned all interactions with the outside world. It’s about people who, even on a bright and sunny day, have the curtains drawn and the blinds closed in their rooms. Such people are usually surrounded by books, films, games, figments of other people’s imagination. I’ve written about solitude and living in a world of fiction before in Riverside’s lyrics but now I’ve decided to write a whole album about it.”

the Music Video: Lunatic Soul’s THE FEAR WITHIN

Posted by Anne Leighton at 6:57 PM 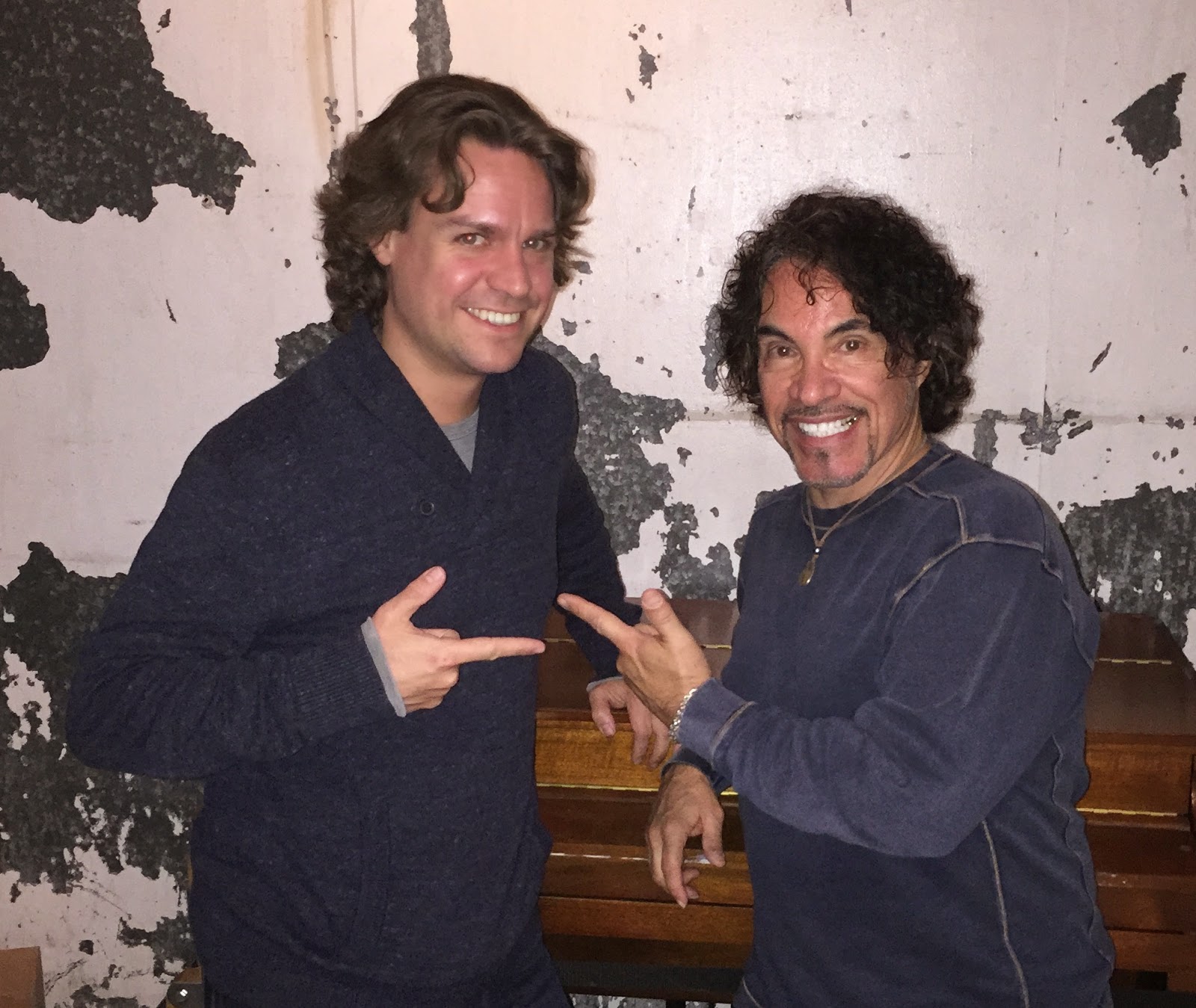