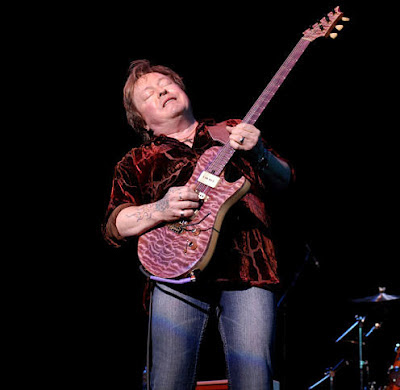 The Fifth Annual Bourbon Street Blues Fest comes alive May 19 at the Lebanon Township Memorial Park, 70 Bunnvale Road, in Califon, NJ, from 11:30 AM to 8 PM.

Tickets for the Festival are: $20.00 in advance/$25.00 at the gate.
Families (up to two parents with four children) can get in for $50.00 pre-sale.
There are discounts availble for military and college students of $10.00 for those with current military or college ID.
Children from 6 to 18 years old get in for $5.00 each, and must be accompanied by a guardian.
Those 5-and-under are admitted for free.


Tickets are on sale at the gate and select Bourbon Street Wine & Spirit locations. Parking is available free of charge outside the main gate. A variety of quality foods and beverages including beer and wine will be available for purchase. Please bring valid identification if you plan to consume alcoholic beverages. Identification will be checked upon entering through the main gate. Please call 609-488-4789 for more information.

Rick Derringer's classics "Rock and Roll Hoochie Koo" and "Jump" are off his platinum album, ALL AMERICAN BOY, and "Real American" is used as a theme song by wrestler Hulk Hogan and the biggest politicians around. Derringer recorded and played with Johnny Winter And... and both Edgar Winter's White Trash and The Edgar Winter Group. Derringer also has a successful solo career; he's recorded on albums with Steely Dan, Cyndi Lauper, KISS, Richie Havens, and as a producer most recently on Jenda Derringer's viral youtube hit "Cigarette."

Pat Travers is known for his own song "Snortin' Whiskey," a dynamic cover of Smiley Lewis' "Boom Boom Out Go The Lights" and Bob Marley's "Could This Be Love." Since first joining Ronnie Hawkins' touring band (before it became the band), Pat went on to release the critically acclaimed 1976 debut album, PAT TRAVERS featuring his own brand of high quality '70s guitar rock and roll. He has gone on to deliver melodic eighties rock, a blues period throughout most of the nineties, noted performances with various power trio’s during the first few years of the new Millennium, and a full blooded return to the trademark Pat Travers Band sound as he enters his fifth performing and recording decade. His latest album, says Pat, "is, quite simply, one of the best Pat Travers releases of any era."

Posted by Anne Leighton at 8:43 PM

Rita Coolidge's Birthday is May 1

If you're including celebrity birthdays, here's Rita Coolidge's: May 1.

Rita Coolidge, best known as the “Delta Lady” as penned by Leon Russell and for her Cherokee Native American ancestry, had great success on the pop charts with four consecutive top 25 hits. Her repertoire includes remakes of Jackie Wilson's "(Your Love Keeps Lifting Me) Higher and Higher," Boz Scaggs' "We're All Alone," and The Temptations' "The Way You Do The Things You Do," fand "You." She was married to Kris Kristofferson in 1973, but they split 7 years later. She continues to record and tour.  Look for her a new Christmas CD in the fall of 2012.

Posted by Anne Leighton at 3:27 AM

This photo and the video below were created by Unsteady Freddie 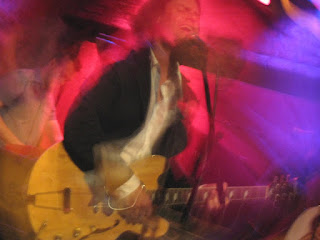 Jann Klose, heard on the Grammy-nominated ‘Healthy Food for Thought” compilation and MTV Cribs, and currently in the studio with David Bendeth (Papa Roach, Paramore, Bruce Hornsby), has three shows coming up in New York City.

On April 22, 7 PM, he shares new songs at the Rockwood Music Hall, Rockwood Music Hall, 196 Allen Street (between Houston and Stanton), in New York City.  Gary Lucas (Jeff Buckley and Captain Beefheart will be joining him that date).  Web site is http://www.rockwoodmusichall.com, and phone number is 212-477-4155.

Jann returns to the Rockwood the following Sunday, April 29, at 7 PM.  On tap to sit in is Ryan Ordway, whose new album was produced by the Rembrandts' Danny Wilde.