Jann Klose has been attracting tons of support from the media, with now over 70 adds on radio including some medium rotation airplay on WAER-Syracuse.  XM Radio has a number of channels that have come out in full support of Jann and his album, REVERIE—The Loft, XMU, and Fine Tuning.  Regional BBCs, Radio Caroline and stations from here to Canada and Hawaii, and Japan are spinning REVERIE’s beauty across their gorgeous airwaves. 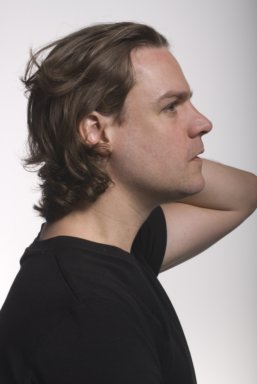 He is collaborating with Renaissance’s lead singer Annie Haslam, the two are presenting a show September 20 at the Sellersville Theater, in Sellersville, PA at 7:30 PM.  Web site is http://www.st94.com.  Special guest for this event is John Tout, the keyboardist from Renaissance.  Annie and Jann are also doing a number of radio shows this season, including one for XM’s Fine Tuning, which will broadcast in October.

He is also performing a program of originals and songs from his homeland in Germany at the German Embassy on September 10.  To get on the waiting list for this event, please e-mail concert@germany.info by September 8.

Jann is also playing at a private event for Martin Guitar’s 175th Anniversary on September 12 at the State Theatre in Easton, PA.  He will be sharing the stage with three iconic singer-songwriters from the folk/country/Americana scene, an incredible finger style player, a strong blues act from the Philadelphia scene, as well as known session guitarists--all who love Martin guitars.  I can't reveal their names at this time, but this includes an end of the show session--with nine guitarists on stools on stage—that he'll savor.

Stratospheerius will be playing live on the Shaman’s Den Special, Monday, September 8, at 8 PM Pacific/11 east coat time at http://www.luver.com.

The group is in the midst of its first California tour, and folks are coming out to their shows in significant numbers.  While lead singer/violinist/mandolinist Joe Deninzon has toured California as both a solo act and with other artists, the group is excited to be playing a number of west coast dates for the first time in its seven year career.  They met the Simpsons’ producer, Harry Shearer and wife, singer-songwriter Judith Owen, and gave them its live CD, LIVE WIRES, which has the theme from the Simpsons!

Some of the dates are part of the V3 tour, which includes Jesus Florindo and Stick player Gary Jibilian (Joe calls him “fiddle-sticks!”).  Joe will be organizing more V3 dates, which “defy the laws of gravity….and violin!”

Support for the band from fans, radio, and media has been significant for Stratospheerius’ HEADSPACE album. THE HOLLYWOOD REPORTER praises Stratospheerius for its "funky electric violins, driving guitar rhythms, and fevered drumming layered in an explosive fashion."  Mark Kirby of MUSIC DISH NETWORK writes, "Stratospheerius' music has smarts, but not of the cold calculating kind; the music has rawness and intensity, but not the stupid punk kind. Stratospheerius have a band sound that avoids the pitfalls of jazz, while keeping its sophistication and musical depth."  COSMOS GAMING's Chris Dahlberg says, "Stratospheerius is an impressive group, and HEADSPACE continues to see them progressing further and further in both technical prowess and original ideas.  There are other groups that try to work string instruments in like this one has, but no one else has the ability to switch up genres like Stratospheerius."

I just started working with The Fabulous Thunderbirds this summer, and am blown away by the band’s traditional vibe.  Singer Kim Wilson is a wonderful harp (harmonica) player, and his bandmates are Jay Moeller (drums), Johnny Moeller (guitar, Randy Bermudes (bass), and Mike Keller (guitar).

Due February is a new album, I’LL BE AROUND.

I’m ecstatic to spread the word about one of my favorite singers/songwriters/ authors/motivators/music biz survivors/and 18-year resident of Paris, France—Elliott Murphy.  He is releasing an album, NOTES FROM THE UNDERGROUND.  I have a few advance promos.

From September 10-26, Elliott (in cooperation with The Mayor of the 6th Arrondisement in Paris and the University of Paris) will be presenting a two week long exposition, ELLIOTT MURPHY-LAST OF THE ROCK STARS.  This will honor his 35 year career in music and literature.  On September 26, Elliott will have a live concert at the Maire (town hall) of the 6th Arrondisement in Paris right near the famous cafés of St. Germain.

Elliott has quite a rock & roll archive—his handwritten liner notes for the Velvet Underground 1969 album, a photo of a young Bruce Springsteen and him at the 1976 CBS Convention.

From about December 10-17th, Elliott and his electric guitarist Olivier Durand will be playing his first dates in the States in eight years.  They’ll be in the Northeast….I’ll have a full itinerary and touring partner information.  First confirmed date is December 17 at World Café Live, in Philadelphia.
http://www.elliottmurphy.com

TOWER OF POWER’s upcoming soul covers CD is due around January ’09.  And the album includes duets with lead singer Larry Braggs and Sam Moore (of Sam and Dave), Joss Stone, Tom Jones, and Huey Lewis.  It was Lewis—who in the ‘80s—had Tower of Power as his back up band, and thus creating new life for the group’s career.

Visit http://www.towerofpower.com for tour dates, including a 40th anniversary reunion at the Fillmore West, San Francisco, on the 18th of October. 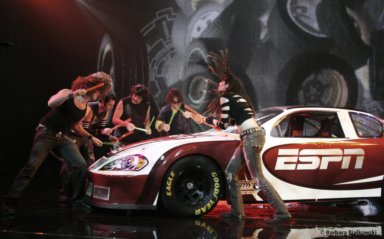 
On September 20, the BBC2 in the UK will be running THE CARMINE APPICE STORY between 7 and 8 PM UK time (2 east coast/5 west coast).  Link for this special presentation by Pete Mitchell is
http://www.bbc.co.uk/radio2/shows/mitchell/

Here’s a plug for my friend Annie Haslam, who—in addition to collaborating with Jann Klose—has created “the Annie Haslam Violin Signature Series,” uniquely painted electric violins for Mark Wood’s company.   After a consultation, she paints your Viper, Sabre, Stingay, or Cobra just for you in a one-of-a-kind artistic representation of your musical vision. She can even do a custom-matching bow! 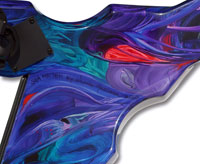 And there is a new official Renaissance myspace site at
myspace.com/renaissanceofficial