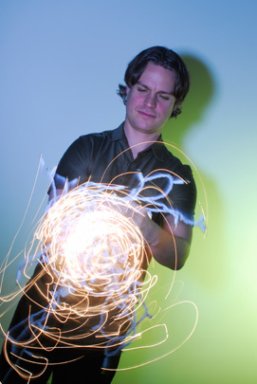 New York City-based singer-songwriter Jann Klose kicks off his first ever UK tour this week in London, with two dates:  Thursday, July 10 at the Plough Inn where he'll be appearing in concert with topical folk singer David Ferrard.  On Friday the 11 he'll be sharing a bill with a number of talented songwriters at the Regal Room.

After that he'll perform throughout the Midlands for a variety of shows in towns including Leicester, Coventry, Birmingham, culminating in a get-together with some of the Midlands' prolific songwriters at Singer's Night in an event hosted by R&B singer Norma Lewis at the Library Theatre, in Birmingham.  The schedule below is a revised listing of tour dates.  And there will be one more show added on July 19.  (We’ll write to you about it as soon as it’s confirmed!)

Already Jann is receiving support from the UK media for his new album, REVERIE, which he co-produced with Stewart Lerman (Antony and the Johnsons, Dar Williams, Loudon Wainwright III) and features guest musicians including guitarist Ryan Scott, trumpeter Dan Brantigan (Kaki King) and oboist Megan Marolf (Philip Glass Ensemble).  Dominic Maita (Bronski Beat, Bryan Ferry) mastered the 12 song album.   Songs from REVERIE are being featured on the web site, ilike.com.   One track, "Watching You Go," which is receiving airplay on Triple AAA radio in the United States is exclusively available online at http://www.ilike.com/artist/jann+klose.

Radio stations that have played the CD include Radio Caroline and Leicester's Takeover Radio. The BBC in Birmingham will have Jann appearing on Paul Franks afternoon drive show, on Monday afternoon, at about 2:30 or 3 PM on  July 14.  Listen at 96.5 FM or online at http://www.bbc.co.uk/birmingham/local_radio/index.shtml

In addition to write-ups in local publications, including the Coventry Telegraph and Stourbridge News, as well as Time Out London, the seemingly refined Meriel Flavell--of Rock3music.com showed how she'd been swept off her feet by Klose's REVERIE, stating, "I was enchanted from start to finish....the overall sound will leave you deeply satisfied with a range of emotions explored and conflicts resolved

Another native Brit, Renaissance lead singer Annie Haslam is also a fan, and she will be sharing the stage with Jann near Philadelphia at the Sellersville 1894 Theater on September 20th.

Jann was born in Mannheim, Germany, raised in Nairobi, Kenya and Johannesburg, South Africa until age 10. After schooling in Hamburg, Germany and Cleveland, Ohio, he now lives in The Bronx, New York. He's released three independent CDs since 1997, ENOUGH SAID, THE STRANGEST THING, and BLACK BOX, plus the digital LIVE AT THE BITTER END. "It's Not The Way" off BLACK BOX EP was included on SAAB's 60th anniversary CD in France, and on the CD, PRAMBORS HITS 3, in Indonesia. The title track "Black Box" was licensed to the Warner Bros. DVD “Dead Broke," starring Paul Sorvino.