"Capitalist Without A Soul" and Empowerment Songs

CAPITALIST WITHOUT A SOUL is another hummable topical song from Adirondack songwriter laureate  Dan Berggren.

Capitalist without a Soul

Hand in your pocket, thumb on the scale
Make me an offer, it’s all for sale
Where conscience was, now there’s a hole
I’m a capitalist without a soul

When savings all go down the drain
When your loss becomes my gain
So what? I say. That’s my goal
I’m a capitalist without a soul

I’ve always done just what I please
Brought the economy to it’s knees
When no one looked, I took control
I’m a capitalist without a soul

Laissez faire, hands off my pile
It’ll trickle down after a while
That’s if oversight takes its toll
I’m a capitalist without a soul


I am working songs to empower people that have been abused.  Too many #metoo people yearning to be free.

LOVE THE BODIES WE’RE IN by Jaclyn Bradley Palmer
a profound, minor-key song about self-and-friendship acceptance   Jaclyn was a contestant on the Voice Holland this past season, and has a new EP: “Be It Wild or Poetic.”

Here is Rebecca Loebe's "Weeping Willow."  A lot of the songs on her recent album, "Blink" give comfort to everyone that's ever been put down.

Posted by Anne Leighton at 2:39 AM 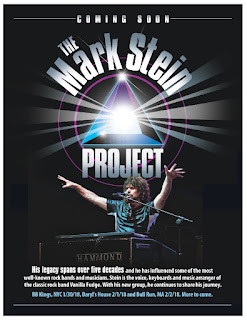 His legacy spans over five decades, and he has influenced some of the most
well-known rock bands and musicians. Mark Stein is known as the voice, keyboardist and music arranger of the classic rock band Vanilla Fudge.

His new group, The Mark Stein Project continues to share his music, passion and stories.

The Mark Stein Project is a true classic rock experience! Performing the hit songs of all the great artists he’s worked with, backed by a hand picked, exciting array of young talent that kicks ass!!!

Touted by critics as one of the great voices in Rock—alongside of Glenn Hughes and Joe Lynn Turner—The Mark Stein Project is a night of great music & storytelling. Discover a place where a song leads to a story, and a story leads to a song. More than just a singer/musician, Stein is a skilled entertainer, with the talent and charisma to take the crowd along for a wonderful ride of the classic rock experience.

Stein has shared whiskey with Janis Joplin, sung with Michael Jackson, toured with Jimi Hendrix, and witnessed the dawn of Led Zeppelin. His firsthand storytelling that reflects on the history of rock gives the audience a “You are There” feeling that can only be told by someone who has lived it.

The debut album:Vanilla Fudge was the first of its kind to reach the top 10 on Billboard charts without a hit single. “You Keep Me Hangin’ On” was released one year later and went to #1 on most radio playlists, both in America and all over the World! The psychedelic symphonic rock sound of the band was spearheaded by the Hammond organ & vocal style of Mark Stein. “The Fudge” have been heralded by critics as the doorway between pop music and Progressive Rock. Bands including Deep Purple, Yes, Uriah Heep and even Led Zeppelin have said that Vanilla Fudge had a profound influence on them.

Rolling Stone magazine wrote: “There was nothing, even in 1967, like the 10-ton shock of this Long Island quartet's cover of the Supremes You Keep Me Hanging On, with the lava-flow sustain of Mark Stein's Hammond organ…”

Stein has toured and/or recorded, and appeared throughout his career with Dave Mason, Tommy Bolin, Alice Cooper, The Doors, Deep Purple, Rod Stewart, Carl Palmer (in a tribute to Keith Emerson), and Michael Jackson.

The Mark Stein Project will be releasing a new EP & Video to be released in 2018; stay tuned for more details.

Mark Stein Project On Tour in 2018

View the video for “You Keep Me Hangin On” The Jimmy Fallon Show
https://youtu.be/RuisGkFcDXI 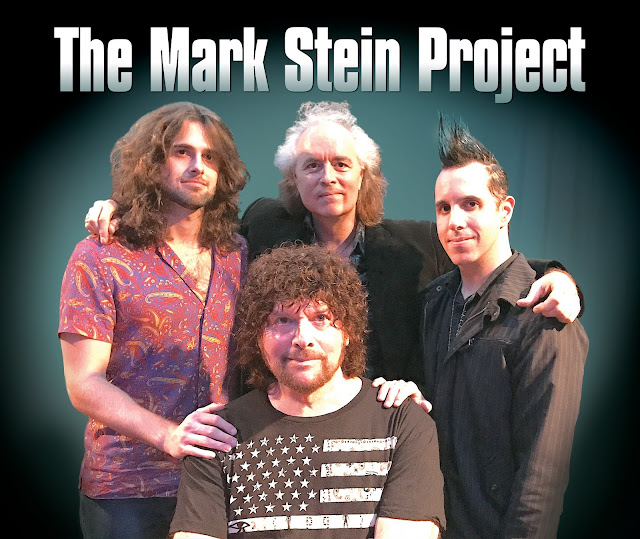 Posted by Anne Leighton at 2:58 AM