The music video for “Doing Time,” a fan favorite from Jann's critically acclaimed album, REVERIE, was produced by the New York Film Academy on the streets of New York City. Producer Tamara Gunashvilli, Paul Simon, Tanushree Hegde, and director Addison Neville incorporated Stop-Motion style filming, using state-of-the-art photographic equipment. Over 9000 individual pictures were taken during the two-day shoot - 4000 ended up in the 3 minute 40 second long video. Members of Jann's band are also seen in the video that was shot entirely in Manhattan at three different locations, including Union Square.

“Doing Time” resonated quite nicely with music critics, as well: The Washington Post's Alexander Remington picked the song as his favorite, “His songs' immaculately tasteful orchestration sounds like Eric Matthews crossed with Nick Drake, best of all on the waltz 'Doing Time.' Klose wins over the listener with his soaring voice, which may well be a staple of chamber pop for a long time to come.”

“Doing Time” is online at http://www.youtube.com/jannklose.

Jann's new digital EP (“This Sacrifice”/”Waiting For the Wave”) features songs recorded during the REVERIE sessions, but were not included on the album. The download will be free for Jann's fans, and available for sale at all major online music retailers.

His concerts have become significant events, having recently toured the Midwest, and packing venues as a headliner and in collaboration with WGN Radio's overnight team Steve and Johnnie, presenting Jann in concert at the Skokie Theatre. In the last year, Jann has also opened for an array of great acts, including tours with Renaissance and Elliott Murphy, plus one-offs with Willy Porter, Marshall Crenshaw, Shawn Phillips, Rusted Root's Michael Glabicki, Pete Seeger, and others. Jann and his upright bassist/Kora-player Chris Marolf have also shared the stages with Rosanne Cash, Marty Stuart and Roger McGuinn at the Martin Guitar 175th Anniversary Concert. This summer Jann will be opening for Melissa Ferrick and Antigone Rising. He's finishing playing UK and Germany. This European tour included performances at the International Pop Overthrow at the Cavern Club, Liverpool, radio appearances on three regional BBCs, and

Born in Germany, raised in Nairobi, Kenya and Johannesburg, South Africa, Jann spent his teenage years in Hamburg, Germany before coming to Cleveland, Ohio as an exchange student. He returned to Germany, to fulfill mandatory civil service, and then relocated to Northeast Ohio, where he studied voice with Emmy winner David Gooding, sang in the Cleveland Opera Chorus, and released two CDs on local label G21 Records.

In 2000 Jann relocated to New York. He has since performed in Broadway touring companies of JEKYLL & HYDE and JESUS CHRIST SUPERSTAR as well as a regional production of The Who's TOMMY. Songs from his 2003 EP BLACK BOX, produced by Grammy winner Marlon Graves, were licensed to the Warner Bros. DVD “Dead Broke,” featuring Paul Sorvino, car maker SAAB's 60th Anniversary CD in France and Prambors Hits in Indonesia. 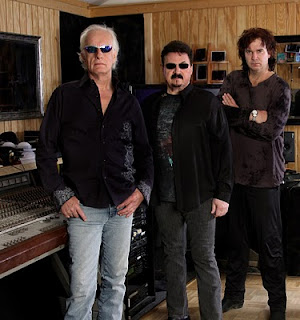