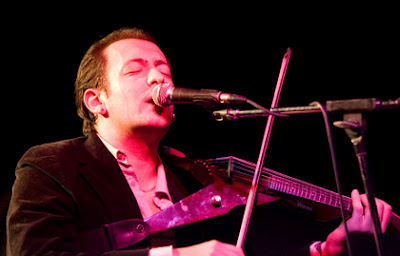 Want to give you a heads up on my artists' activities in New York City over the next few months. Let me know what looks interesting to you, and I'll connect you with my artists!

JOE DENINZON & STRATOSPHEERIUS
Jam band/progressive/fusion rockers Joe Deninzon & Stratospheerius will be playing at Shrine in Harlem, February 17. The band is getting ready for a new album, THE NEXT WORLD with Steve Vai's Digital Nations. Look for a release in May, with the record release party on May 24 at Shrine. Joe has an electric violin method book, PLUGGING IN: A Guide To Gear and New Techniques for the 21st Century Violinist." Joe is the leading authority on electric violin, and has played with Bruce Springsteen, Sheryl Crow, Johnny Mathis, the late Les Paul, Ritchie Blackmore, President Clinton...
http://www.joedeninzon.com

EMILY HURD
Singer-songwriter from Chicago, whose new album, LONG LOST GHOSTS is getting serious grass roots support out of the box. Suite 101 Andy Howells has named it "the first essential album to own of 2012," and Paul Zollo (senior editor of AMERICAN SONGWRITER) writes on his Blue Railroad site, "A masterpiece...this is an album to fall into and swim in forever..." Emily is at the Rockwood Music Hall on March 12 and doing a gig at Gizzis on the 15th. Her new album is getting some good grass roots support.
http://www.emilyhurd.com

KJ DENHERT
WFUV's John Platt calls KJ, "Fearless." This multi-IMA winner's music is defined as urban folk and jazz. KJ is having a big 15th anniversary celebration of performing as a solo artist on March 16 at Tribecca Performing Arts Center. There is going to be a new EP, DESTINY. I have KJ's most recent album, ALBUM NO. 9 if you'd like to have it.
http://www.kjdenhert.com 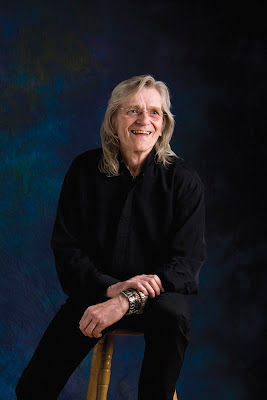 HENRY MCCULLOUGH
Also at the Iridium, but on March 29 is Henry McCullough and Denny Siewell (both were in Wings during the "My Love" era). Henry's music is blues/country I lived it rock, and I have ZIPFILES and a burn disc of his upcoming CD, POOR MAN'S MOON, right after he plays the Fest For Beatles Beatles Fans in Secaucus, NJ(March 23-25, http://www.thefest.com). Joe Deninzon is sitting in on electric violin. Smithereens drummer Dennis Diken, Jann Klose, and the GRAMMY-nominated children's artist Miss Amy might also be joining them. Henry's played in Wings, the Grease bnd, Joe Cocker, and has performed with Roy Harper, Marianne Faithfull, Leon Russell, Donovan, Frankie Miller, Hinkley's Heros....
http://www.henrymccullough.com
http://www.thefest.com

JANN KLOSE
This chamber pop singer/songwriter is in the studio with David Bendeth and writing. After his UK tour, he'll be doing a residency at the Rockwood April 1, 15, 22, 29 at 7 PM . On May 2, he opens for and shares the stage with Renaissance/Yardbirds' co-founder Jim McCarty and Strawbs/Renaissance/Nashville Teens keyboardist John Hawken and friends at the Iridium on May 2. One of my favorite quotes from the REVERIE campaign came from MassLive's Kevin O'Hare,  “The first thing that’s totally unmistakable about Jann Klose is that voice – which is just light years beyond that of the typical singer/songwriter … a sound that is classy, distinctive and often irresistible.”
http://www.jannklose.com

JIM MCCARTY
Jim, who is just wrapping up a tour with The Yardbirds, is also a singer-songwriter. His album, SITTING ON THE TOP OF TIME is--coincidentally--akin to Jann's. I introduced them to each other, and they hit it off. Jim and John Hawken (who I worked with when he was in the Strawbs, but is also an original member of Renaissance) headline at the Iridium on May 2 with Jann opening. We're also working on setting up dates in Germany and back in Canada this September.
http://www.jimmccarty.co.uk
Posted by Anne Leighton at 10:33 PM