Anne Leighton Performs Returns to the Poetry Stage Aug. 28 at the Indie Collaborative 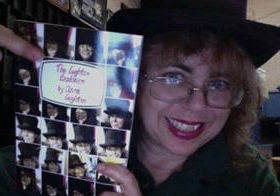 Anne Leighton is making her first public appearance, performing her poetry since the 2016 publication of her book, THE LEIGHTON EXPLOSION.  She joins over 50 performers from all over the world at INDIE COLLABORATIVE on August 28 at the Bitter End, New York City.
The Bitter End is at 147 Bleecker Street (between Thompson and LaGuardia),
New York City.
The INDIE COLLABORATIVE takes place from 1 till 4 PM, and 7-10:30 PM
Venue phone is 212-673-7030
Admission is $25 and available online at: http://indiecollaborative.com/Tickets/index.php

Accompanying her is multi-instrumentalist Alex Otey, who will be performing on trumpet.  His website is http://www.alexotey.com.

Known for her radio-styled speaking voice and optimistic sense of humor, Anne has found work recording her poems, which appear on the Billboard top 10 album, ACTION MOVES PEOPLE-UNITED, the Grammy-nominated HEALTHY FOOD FOR THOUGHT, and 3 of prog artist Jay Tausig’s TRIP AROUND THE SUN releases. Her poems have been published in BOG GOB, Powerline, the Aquarian, and “Nickel.” She has performed at the Nuyorican Poets Cafe and Peter Max’s Studio. She has 3 other books including top-selling UK cat book: PAWS FOR THOUGHT: HOW TO UNDERSTAND WHAT YOUR CAT IS THINKING (Rockwell Books).  Using the $1500 profit plus some earnings from her publicity work, Anne produced a flirtatious Christmas song she co-wrote with Roberta Piket and Priscilla Harriett called, GOT MY EYE ON YOU, SANTA, which is out on digital September.

The Indie Collaborative is an organization of independent musicians and music industry professionals which holds several showcases each year for its members. Founded by Grant Maloy Smith (now with his album, DUST BOWL-AMERICAN STORIES is in BILLBOARD’s Americana/Folk Album Sales Charts’ Top Ten) and lyricist-playwright Eileen Sherman in 2015, the Indie Collaborative has held events in Los Angeles, New York, Nashville, Chicago, Philadelphia and Nashville. The August 28 showcase at the legendary Bitter End in New York’s Greenwich Village spans the afternoon and evening. The event features more than 50 musicians from classical guitarists and pianists to pop, rock, country. Among the performers: GRAMMY-winning flautist from South Africa, Wouter Kellerman, Actress/Singer of Sophisticated Lady & movies Sonya Hensley, plus Anne, Grant, Eileen, and a variety of working musicians/songwriters. The showcase features a keynote address in the afternoon by Tony Van Veen, CEO of AVL Digital Media on how independent musicians can manage their careers.