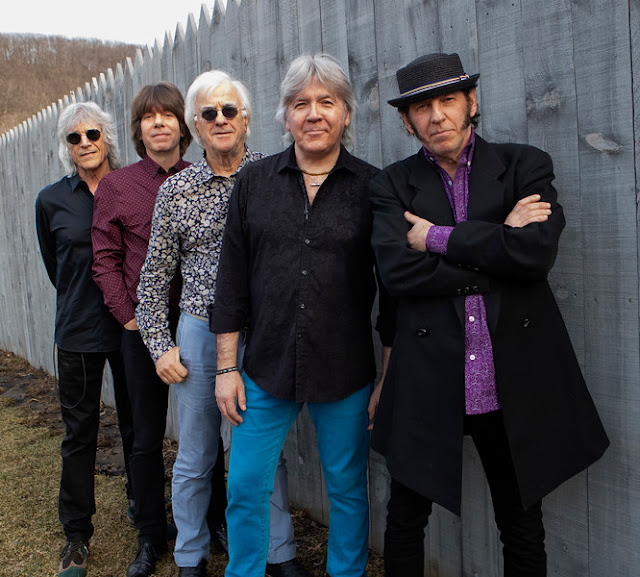 The current  lineup includes critically-acclaimed original drummer/composer Jim McCarty, lead vocalist/rhythm guitarist John Idan, whose tenure with the band began in 1992, bassist Kenny Aaronson, who’s lent his considerable talents to Billy Idol, Joan Jett and Hall and Oates over the years, lead guitarist Godfrey Townsend, an amazing player who has performed with numerous rock luminaries including John Entwistle and Jack Bruce and Myke Scavone, ( who is also lead singer in The Doughboys) on harp, percussion and backing vocals.

Known as much for their strict allegiance to the blues as for their international chart-topping hit “For Your Love,” The Yardbirds have never lost their drive and jet-propelled beat, due mainly to Mr. McCarty. Their “Train Kept A’ Rollin’” inspired Aerosmith to tackle the same song. Their early forays into heavy rock inspired Page to form his own band, originally named The New Yardbirds, but ultimately named Led Zeppelin.

The Yardbirds, electrifying, eclectic and way ahead of their time, melded heavy rock, wild jams, the blues, and an improvisatory feel, and continue to influence generations of bands and artists. Go to a Yardbirds show and you'll find crowds filled with 20-somethings to baby boomers all thrilling to this band's legendary power.  Watching The Yardbirds in action is experiencing rock’n’roll history.

In addition, Jim McCarty will be the special guest of Renaissance’s 50th Anniversary performance at the Keswick in Glenside, PA, on the 12th of October. McCarty co-founded the group, and—initially—hired Annie Haslam as the group evolved into an all new lineup.